County Waterford (Irish: Contae Phort Láirge; the English name comes from Old Norse Vedrafjörður) is a county in Ireland. It is part of the South-East Region and is also located in the province of Munster. It is named after the city of Waterford, which is derived from the Old Norse name Veðrafjǫrðr or Vedrarfjord. There is an Irish-speaking area, Gaeltacht na nDéise in the south-west of the county. Waterford City and County Council is the local authority for the county. The population of the county at large, including the city, is 113,795 according to the 2011 census.

County Waterford has two mountain ranges, the Knockmealdown Mountains and the Comeragh Mountains. The highest point in the county is Knockmealdown, at 794m. It also has many rivers, including Ireland's third longest river, the River Suir (184 km); and Ireland's fourth longest river, the Munster Blackwater (168 km). There are over 30[citation needed] beaches along Waterford's volcanic[citation needed] coast line. A large stretch of this coastline, known as the Copper Coast has been designated as a UNESCO Geopark, a place of great geological importance. The area around Ring (An Rinn) is a Gaeltacht, an Irish-speaking area. 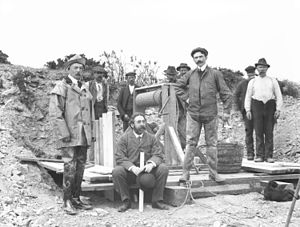 County Waterford is colloquially known as "The Déise", pronounced "day-sha" (Irish: An Déise). Some time between the 4th and 8th centuries, a tribe of native Gaelic people called the Déisi were driven from southern county Meath/north Kildare, conquering and settled there. The ancient principality of the Déise is today roughly coterminous with the current Roman Catholic Diocese of Waterford and Lismore.

The westernmost of the baronies are "Decies within Drum" and "Decies without Drum", separated by the Drum-Fineen hills.[8]

There are many megalithic tombs and ogham stones[9] in the county. The Viking influence can still be seen with Reginald's Tower, one of the first buildings to use a bricks and mortar construction method in Ireland. Woodstown, a settlement dating to the 9th Century was discovered 5.5 kilometres west of Waterford city. It was the largest settlement outside of Scandinavia and the only large-scale 9th Century Viking settlement discovered to date in Western Europe. Other architectural features are products of the Anglo-Norman Invasion of Ireland and its effects.

As of 1 June 2014, Waterford City and County Council is the local government authority for Waterford. The authority was formed following the merger of Waterford City Council and Waterford County Council. The merger occurred following the Local Government Reform Act 2014. Each local authority ranks equally as first level local administrative units of the NUTS 3 South-East Region for Eurostat purposes. There are 31 LAU 1 entities in the Republic of Ireland. The local authority is responsible for certain local services such as sanitation, planning and development, libraries, the collection of motor taxation, local roads and social housing. 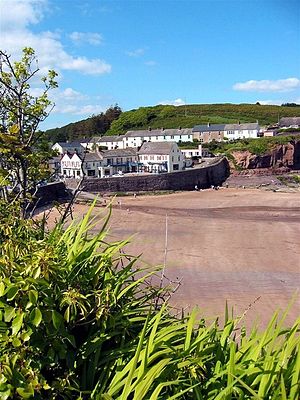