From Infogalactic: the planetary knowledge core
Jump to: navigation, search
For the album by Matt Pond PA, see Emblems (album). For the community in the United States, see Emblem, Wyoming. 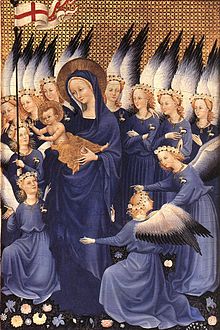 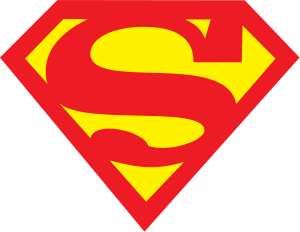 Family emblem of the House of El

An emblem is an abstract or representational pictorial image that represents a concept, like a moral truth, or an allegory, or a person, like a king or saint.[1]

Although the words emblem and symbol are often used interchangeably, an emblem is a pattern that is used to represent an idea or an individual. An emblem crystallizes in concrete, visual terms some abstraction: a deity, a tribe or nation, or a virtue or vice.[clarification needed] 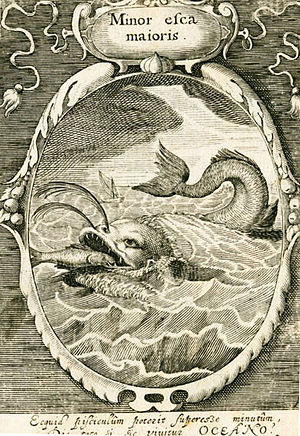 "The big eat the small", a political emblem from an emblem book, 1617

An emblem may be worn or otherwise used as an identifying badge or patch. For example, in America, police officers' badges refer to their personal metal emblem whereas their woven emblems on uniforms identify members of a particular unit. A real or metal cockle shell, the emblem of St. James the Apostle, sewn onto the hat or clothes, identified a medieval pilgrim to his shrine at Santiago de Compostela. In the Middle Ages, many saints were given emblems, which served to identify them in paintings and other images: St. Catherine had a wheel, or a sword, St. Anthony Abbot, a pig and a small bell. These are also called attributes, especially when shown carried by or close to the saint in art. Kings and other grand persons increasingly adopted personal devices or emblems that were distinct from their family heraldry. The most famous include Louis XIV of France's sun, the salamander of Francis I of France, the boar of Richard III of England and the armillary sphere of Manuel I of Portugal. In the fifteenth and sixteenth century, there was a fashion, started in Italy, for making large medals with a portrait head on the obverse and the emblem on the reverse; these would be given to friends and as diplomatic gifts. Pisanello produced many of the earliest and finest of these.

A symbol, on the other hand, substitutes one thing for another, in a more concrete fashion:[1]

A totem is specifically an animal emblem that expresses the spirit of a clan. Heraldry knows its emblems as charges. The lion passant serves as the emblem of England, the lion rampant as the emblem of Scotland.

An icon consists of an image (originally a religious image), that has become standardized by convention. A logo is an impersonal, secular icon, usually of a corporate entity.

Since the 15th century the terms of emblem (emblema; from Greek: ἔμβλημα "embossed ornament") and emblematura belong to the termini technici of architecture. They mean an iconic painted, drawn, or sculptural representation of a concept affixed to houses and belong—like the inscriptions—to the architectural ornaments (ornamenta). Since the publication of De Re Aedificatoria (1452, Ten Books of Architecture),[8] by Leon Battista Alberti (1404–1472), patterned after the De architectura by the Roman architect and engineer Vitruvius, emblema are related to Egyptian hieroglyphics and are considered as being the lost universal language.[4] Therefore, the emblems belong to the Renaissance knowledge of antiquity which comprises not only Greek and Roman antiquity but also Egyptian antiquity as proven by the numerous obelisks built in 16th and 17th century Rome.[5]

The 1531 publication in Augsburg of the first emblem book, the Emblemata of the Italian jurist Andrea Alciato launched a fascination with emblems that lasted two centuries and touched most of the countries of western Europe.[6] "Emblem" in this sense refers to a didactic or moralizing combination of picture and text intended to draw the reader into a self-reflective examination of his or her own life. Complicated associations of emblems could transmit information to the culturally-informed viewer, a characteristic of the 16th-century artistic movement called Mannerism.

A popular collection of emblems, which ran to many editions, was presented by Francis Quarles in 1635. Each of the emblems consisted of a paraphrase from a passage of Scripture, expressed in ornate and metaphorical language, followed by passages from the Christian Fathers, and concluding with an epigram of four lines. These were accompanied by an emblem that presented the symbols displayed in the accompanying passage.