Hackney South and Shoreditch is a constituency[n 1] represented in the House of Commons of the UK Parliament since 2005 by Meg Hillier of the Labour Party and of the Co-operative Party.[n 2]

The seat was created in February 1974 from the former seat of Shoreditch and Finsbury.

Ronald Brown was elected in 1974 as a representative of the Labour Party but defected from the Opposition to join the fledgling Social Democratic Party (SDP) in 1981, at a time when Labour wished for Common Market withdrawal and the removal of keeping a nuclear deterrent during the Cold War. Brown held the seat as an SDP member until 1983, when he was defeated by Labour Party candidate Brian Sedgemore. Sedgemore announced his retirement from parliament at the 2005 election; but on 26 April 2005 defected to the Liberal Democrats, the successors to the SDP, shortly before the week of the election.[2] The Liberal Democrats were unable to capitalise on the defection, their candidate only gaining the second largest gain in votes of the candidates competing.

All elections since the seat's creation have been won by the Labour candidate, including the incumbent, Meg Hillier, with substantial majorities, making it a Labour stronghold. 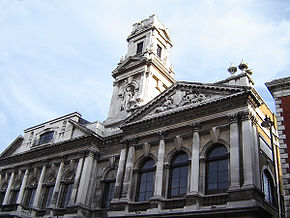 The constituency covers the southern part of the London Borough of Hackney. It is made up of nine electoral wards from the borough: