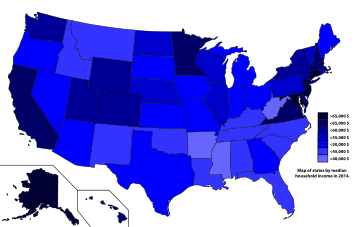 Map of states by median household income in 2014. 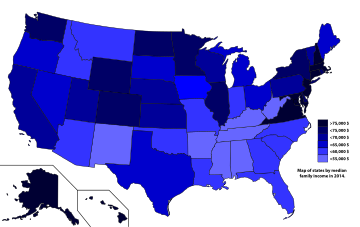 Map of states by median family income in 2014.

This is a list of U.S. states by income.

Median Household Income by State (Note that table does not reflect the margin of error in the values). [1]

States ranked by per capita income

About Puerto Rico and the District of Columbia