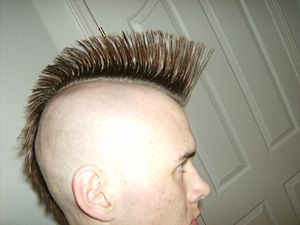 A young man wearing a mohawk 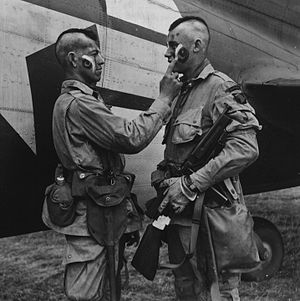 Paratroopers of the 101st Airborne Division in 1944 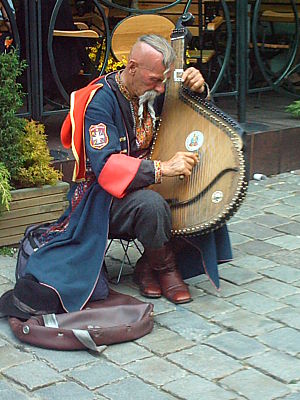 The mohawk (also referred to as a mohican) is a hairstyle in which, in the most common variety, both sides of the head are shaven, leaving a strip of noticeably longer hair in the center. The mohawk is also sometimes referred to as an iro in reference to the Iroquois, from whom the hairstyle is derived - though historically the hair was plucked out rather than shaved. Additionally, hairstyles bearing these names more closely resemble those worn by the Pawnee, rather than the Mohawk, Mohican/Mahican, Mohegan, or other phonetically similar tribes. The red-haired Clonycavan man bog body found in Ireland is notable for having a well-preserved Mohawk hairstyle, dated to between 392 BCE and 201 BCE. It is today worn as an emblem of non-conformity. The world record for the tallest mohawk goes to Kazuhiro Watanabe, who has a 44.6-inch tall mohawk.[1]

While the mohawk hairstyle takes its name from the people of the Mohawk nation, an indigenous people of North America who originally inhabited the Mohawk Valley in upstate New York,[2] the association comes from Hollywood and more specifically from the popular 1939 movie, Drums Along the Mohawk starring Henry Fonda.

The Mohawk and the rest of the Iroquois confederacy (Seneca, Cayuga, Onondaga, Tuscarora and Oneida) in fact wore a square of hair on the back of the crown of the head. The Mohawk did not shave their heads when creating this square of hair, but rather pulled the hair out, small tufts at a time. The following is a first-hand account of James Smith, who was captured during the French and Indian war and adopted into the Mohawk tribe:

[A] number of Indians collected about me and one of them began to pull hair out of my head. He had some ashes on a piece of bark in which he frequently dipped his fingers in order to take a firmer hold, and so he went on as if he had been plucking a turkey, until he had all the hair clean out of my head, except a small spot about three or four inches square on my crown the remaining hair was cut and three braids formed which were decorated

Therefore, a true hairstyle of the Mohawks was one of plucked-out hair, leaving a three-inch square of hair on the back crown of the head with three short braids of hair decorated. The three braids of a True Mohawk hairstyle are represented today on traditional headdresses of the Mohawk known as a "Gustoweh". Mohawk Gustowehs have three upright eagle feathers that represent the three braids of long ago.[3] When not decorated, the very short braids were allowed to hang loose as seen in Good Peter's image in the referenced article.

The hairstyle has been in existence in many parts of the world for millennia. For instance, the Clonycavan Man, a 2000-year-old male bog body discovered near Dublin in 2003, was found to be wearing a mohawk styled with plant oil and pine resin.[4] Artwork discovered at the Pazyryk burials dating back to 600 BCE depicts Scythian warriors sporting similar mohawks. The body of a warrior occupying one of the kurgans had been scalped earlier in life and wore a hair prosthesis in the form of a mohawk.[5] Herodotus claimed that the Macai, a northern Libyan tribe, "shave their hair so as to leave tufts, letting the middle of their hair grow long, but round this on all sides shaving it close to the skin."[6]

Among the Pawnee people, who historically lived in present-day Nebraska and in northern Kansas, a "mohawk" hair style was common. 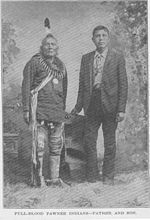 When going to war, 16th-century Ukrainian Cossacks would shave their heads, leaving a long central strip. This haircut was known as a khokhol and was often braided or tied in a topknot.[7]

During World War II, many American GIs, notably paratroopers from the 101st Airborne Division wore mohawks to intimidate their enemies. It was also occasionally worn by American troops during the Vietnam War.[8][9] In the early 1950s some jazz musicians,[10][11] and even a few teenage girls, wore them.[12]

Depending on how it is worn, the mohawk can be a high-maintenance style. Regular, careful shaving or trimming is required to maintain a clean line between the shaven and unshaven (or short and long) portions of the hair; this can be especially complicated in bi and tri hawks.

If the hair is to be worn up, brushing, backcombing, blow-drying, and twisting are required, as well as the application of sprays and in some cases other holding agents like white or clear glue, egg whites, cornstarch, or gelatin. The amount of time required for styling may increase considerably with longer hair or complicated styles such as liberty spikes (sometimes known as a libertyhawk).

Some wearers enhance the look of their mohawks with hair dyes. This too can require a great deal of initial effort and maintenance, especially in styles where the color(s) form an integral part of the style. In some cases, for example, mohawk-wearers who normally wear their hair up in a fan style dye the hair in even lines or stripes of color, either horizontal or vertical.

Although a mohawk is most widely defined as a narrow, central strip of upright hair running from the forehead to the nape, with the sides of the head bald,[13][14] the term can be applied more loosely to various similar hairstyles, many of which have informal names.

Mohawks or mohawk-like hairstyles can be cut in patterns deviating from the simple central strip. For example, a mohawk with multiple parallel strips of hair may be called a "bi-hawk" (for two strips), a "tri-hawk" (for three strips), etc. A hairstyle resembling a sideways mohawk, such as one that runs from ear to ear or temple to temple, is called a "crosshawk".