From Infogalactic: the planetary knowledge core
(Redirected from Subtropical climate)
Jump to: navigation, search
For other uses, see Subtropical (disambiguation).

The subtropics and tropics

Areas of the world with subtropical climates

Subtropical climates are often characterized by warm to hot summers and cool to mild winters with infrequent frost. Most subtropical climates fall into two basic types: 1) Humid Subtropical, where rainfall is often concentrated in the warmest months (for example Brisbane, Australia or Jacksonville, Florida) and 2) Dry summer (or Mediterranean) where seasonal rainfall is concentrated in the cooler months (for example Naples, Italy or Los Angeles, CA).

Subtropical climates can occur at high elevations within the tropics, such as in the southern end of the Mexican Plateau and in Vietnam and Taiwan. Six climate classifications use the term to help define the various temperature and precipitation regimes for the planet Earth. Eight months of the year within the subtropics have an average temperature at or above 10 °C (50.0 °F), with their coldest month averaging between 2 and 13 °C (35.6 and 55.4 °F).

A great portion of the world's deserts are located within the subtropics, due to the development of the subtropical ridge. Within savanna regimes in the subtropics, a wet season is seen annually during the summer, which is when most of the yearly rainfall falls. Within Mediterranean climate regimes, the wet season occurs during the winter. Areas bordering warm oceans are prone to locally heavy rainfall from tropical cyclones, which can contribute a significant percentage of the annual rainfall. Plants such as date palms, citrus, mango, lychee, and avocado are grown within the subtropics. Tree ferns and sequoia also grow within subtropical climate regimes.

See also: List of locations with a subtropical climate

The tropics have been historically defined as lying between the Tropic of Cancer and Tropic of Capricorn, located at 23.45° north and south latitude respectively.[1] The poleward fringe of the subtropics is approximately at the 40th parallel north and south.[2] 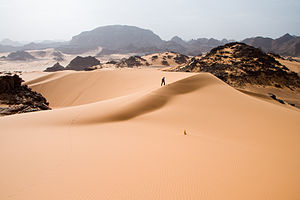 Tadrart Acacus desert, part of the Sahara, in western Libya.

Several methods have been used to define the subtropical climate. In the Trewartha climate classification, a subtropical region should have at least eight months with a mean temperature of 10 °C (50.0 °F) or above. German climatologists Carl Troll and Karlheinz Paffen defined Warm temperate zones as plain and hilly lands having an average temperature of the coldest month between 2 °C (35.6 °F) and 13 °C (55.4 °F) in the Northern Hemisphere and between 6 °C (42.8 °F) and 13 °C (55.4 °F) in the Southern Hemisphere, excluding oceanic and continental climates. According to the Troll-Paffen climate classification, there generally exists one large subtropical zone named the warm-temperate subtropical zone,[3] which is subdivided into seven smaller areas.[4] 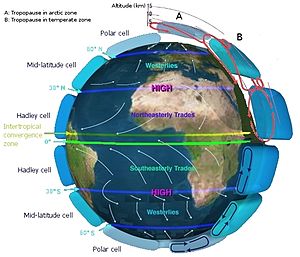 Heating of the earth near the equator leads to large amounts of upward motion and convection along the monsoon trough or Intertropical convergence zone. The upper-level divergence over the near-equatorial trough leads to air rising and moving away from the equator aloft. As the air moves towards the Mid-Latitudes, it cools and sinks, which leads to subsidence near the 30th parallel of both hemispheres. This circulation is known as the Hadley cell and leads to the formation of the subtropical ridge.[8] Many of the world's deserts are caused by these climatological high-pressure areas,[9] located within the subtropics. This regime is known as an arid subtropical climate, which is generally located in areas adjacent to powerful cold ocean currents. Examples of this climate, the coastal areas of southern Africa (Namibia, South Africa), south of the Canary Islands and the coasts of Peru and Chile.[10]

The humid or monsoon subtropical climate is often located on the western side of the subtropical High. Here, unstable tropical airmasses in summer bring convective overturning and frequent tropical downpours in the hot season. In the winter (dry season) the monsoon retreats, and the drier Trade Winds bring more stable airmass and often dry weather. Areas that have this type of subtropical climate include Australia, Southeast Asia, parts of South America, and the deep south of the United States. .[11][12][13] Monsoon regions with a wet season include western Mexico.[14] the Desert Southwest of the United States,[15] Within the Mediterranean climate regime, the west coast of the United States and the Mediterranean coastline of Italy, Greece,[16] and Turkey experience a wet season in the winter months.[17] Similarly, the wet season in the Negev desert of Israel extends from October through May.[18] At the boundary between the Mediterranean and monsoon climates in North America lies the Sonoran desert, which receives the two rainy seasons associated with each climate regime.[19]

In areas bounded by warm ocean, tropical cyclones can contribute significantly to local rainfall within the subtropics.[20] Japan receives over half of its rainfall from typhoons.[21] 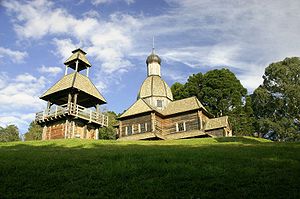 These climates do not routinely see hard frosts or snow, which allows plants such as date palms and citrus to flourish.[22] The zone where the orange was grown was originally defined as the area where subtropical plants could be grown.[23] As one moves toward the tropical side the slight winter cool season disappears, while at the poleward threshold of the subtropics the winters become cooler. Some crops which have been traditionally farmed in tropical climates, such as mango, litchi, and avocado, are cultivated in the subtropics. Pest control of the crops is less difficult than within the tropics, due to the cooler winters.[24] 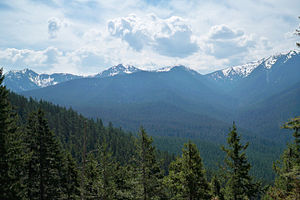 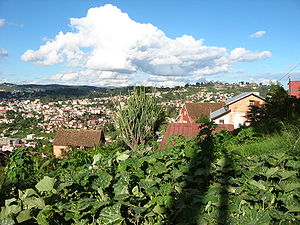 The subtropical highland variety (Köppen climate classification: Cfb, Cwb) of the oceanic climate exists in elevated portions of the world that are either within the tropics or subtropics, though it is typically found in mountainous locations in some tropical countries. Despite the latitude, due to the higher altitudes of these regions, it tends to share characteristics with oceanic climates.[citation needed]

In locations outside the tropics, other than the drying trend in the winter, subtropical highland climates tend to be essentially identical to an oceanic climate, complete with mild summers, noticeably cooler winters and in some instances, some snowfall. In the tropics, a subtropical highland climate tends to feature spring-like weather year-round. Temperatures here remain relatively constant throughout the year and snowfall is seldom seen. Areas with this climate feature monthly averages below 22 °C (72 °F) but above −3 °C (27 °F) (or 0 °C (32 °F) using American standards). At least one month's average temperature is below 18 °C (64 °F). Without the elevation, many of these regions would likely feature either tropical or humid subtropical climates. These regions usually carry a Cwb or Cfb designation.[citation needed]

This type of climate exists in parts of east, south and south-eastern Africa, some mountainous areas across southern Europe, sections of mountainous Latin America, some mountainous areas across Southeast Asia, higher elevations of the southern Appalachians, the Mexican Plateau down past the 19th parallel to Morelos,[26][27] and parts of the Himalayas. It also occurs in a few areas of Australia, although average high temperatures during summers there tend to be higher and the climate drier than is typical of subtropical highland climates, with maximums sometimes exceeding 40 °C (104 °F).[28] 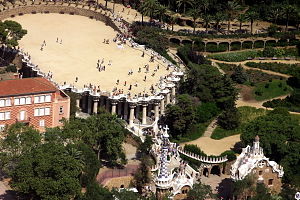 The Mediterranean climate regime resembles the climate of the lands in the Mediterranean Basin, parts of coastal southwestern North America, parts of Western and South Australia, in southwestern South Africa and in parts of central Chile. The climate is characterized by hot dry summers and moderate or high rainfall in winter,[29] in areas under the constant influence of the subtropical ridge. 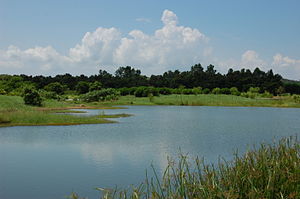 The humid subtropical climate is a subtropical climate type characterized by hot, humid summers with frequent tropical downpours of short duration and warm to cool dry winters. Normally, rainfall is concentrated in the warmest months of the year. At times, the average annual precipitation may be evenly distributed throughout the year (Köppen climate classification: Cfa) or marked by a dry season or drying trend during winter (Köppen climate classification: Cwa).[citation needed] 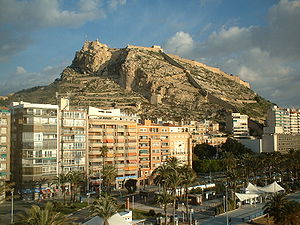 Arid subtropical climates are characterized by an annual average temperature near 18.2 °C (64.8 °F) ( but nonetheless with their coldest month averaging between 2 and 13 °C (35.6 and 55.4 °F)). , the absence of regular rainfall and high humidity. Mild climate variants are generally located in areas adjacent to powerful cold ocean currents. Examples of this climate, the coastal areas of southern Africa (Namibia, South Africa), south of the Canary Islands and the coasts of Peru and Chile. [10]