The Anglo–Spanish War (1625–1630) was a war fought by Spain against the Kingdom of England and the United Provinces. The conflict formed part of the Eighty Years' War and the Thirty Years' War.

In 1620, Philip IV reigned in Spain, with Gaspar de Guzmán, Count-Duke of Olivares as his favourite. The War of Flanders had reignited after the Twelve-Year Truce, and Spain's finances flowed from its imports of silver from its American colonies. James I was King of England, Scotland and Ireland, with his son Charles, Prince of Wales, as his heir. At this time the Kingdom of England had military ties with the United Provinces, which they had assisted in the War of Flanders.

Around this time a series of events unfolded resulting in the resumption of hostilities between the two kingdoms. During the Thirty Years' War which broke out in Europe, Frederick V of the Palatinate and his wife Elizabeth Stuart, the daughter of the King of England, were defeated and dispossessed by the Spanish Tercios.

George Villiers, 1st Duke of Buckingham, accompanied the Prince of Wales on a trip to Madrid to arrange the details of the proposed wedding between Charles and Maria Anna of Spain, however these negotiations proved unsuccessful.

In March 1624, James I, previously a pacifist, declared war on Spain with the support of the House of Commons; the House of Commons appropriated funding for the prosecution of the war. The next year James I died following a bout of dysentery. His successor, Charles I, pushed forward the preparations for war against Spain, even before he was crowned as king, with the assistance of the Duke of Buckingham.

In August 1624, Spanish General Don Ambrosio Spinola ordered the Dutch city of Breda besieged by his forces. The city of Breda was heavily fortified and defended by a garrison of 7,000 Dutch soldiers. Spinola rapidly gathered his defences and drove off a Dutch relief army under Maurice of Nassau, Prince of Orange, who was attempting to cut off his supplies. In February 1625, another relief force, consisting of 7,000 English soldiers under Sir Horace Vere and Ernst von Mansfeld, was also defeated.

Finally, Justin of Nassau surrendered Breda to the Spaniards in June 1625 after an eleven-month siege. 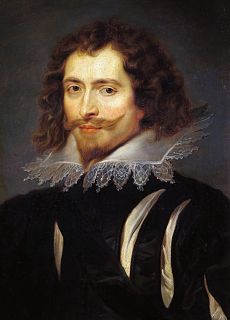 The Duke of Buckingham by Peter Paul Rubens

By October 1625, approximately 100 ships and a total of 15,000 seamen and soldiers were readied for the Cádiz Expedition. An alliance with the Dutch had also been forged, and the new allies agreed to dispatch an additional 15 warships commanded by William of Nassau, to assist in guarding the English Channel in the absence of the English main fleet. Sir Edward Cecil, a battle-hardened veteran of combat in service with the Dutch, was appointed commander of the expedition by the Duke of Buckingham, a choice that proved to be ill-considered. Cecil was a good soldier, but he had little knowledge of nautical matters. 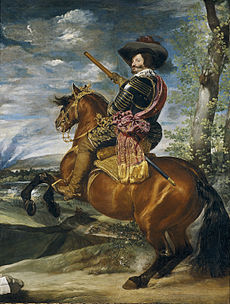 The planned expedition involved several elements: overtaking Spanish treasure ships returning from the Americas loaded with valuables; and assaulting Spanish towns, with the intention of assailing the Spanish economy by weakening the Spanish supply chain and consequently relieving the military pressure on the Electorate of the Palatinate.

The entire expedition descended into farce. The English forces wasted time in capturing an old fort of little importance, giving Cádiz the time to fully mobilise behind its defences and allowing merchant ships in the bay to make good their escape. The city's modernised defences, a vast improvement on those of Tudor times, proved effective. Meanwhile, a body of English forces landed further down the coast to march on the city also became side-tracked because of poor discipline. Eventually, Sir Edward Cecil, the commander of the English forces, faced with dwindling supplies, decided there was no alternative but to return to England, having captured few goods and having had no impact on Spain. And thus in December, a battered fleet returned home.

Charles I of England, to protect his own dignity and Buckingham, who had failed to ensure the invasion fleet was well supplied, made no effort to inquire as to the cause of the failure of the Cadiz Expedition. Charles turned a blind eye to the debacle, instead preoccupying himself with the plight of the French Huguenots of La Rochelle. But the House of Commons proved less forgiving. The parliament of 1626 initiated the process of impeachment against the Duke of Buckingham, prompting Charles I to choose to dissolve parliament rather than risk a successful impeachment.

The failure of the attack had severe consequences for England. In addition to the economic and human loss, it damaged the reputation of the English Crown, creating a serious political and financial crisis in the country.

The Duke of Buckingham then negotiated with the French regent, Cardinal Richelieu, for English ships to aid Richelieu in his fight against the French Huguenots, in exchange for French aid against the Spanish occupying the Electorate of the Palatinate, but the Parliament of England was disgusted and horrified at the thought of English Protestants fighting French Protestants. The plan only fuelled their fears of crypto-Catholicism at court. Buckingham himself, believing that the failure of his enterprise was the result of treachery by Richelieu, formulated an alliance among Cardinal Richelieu's many enemies, a policy that included support for the very Huguenots whom he had recently attacked. 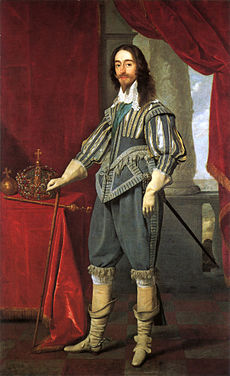 Charles I of England

In 1629, a Spanish naval expedition, commanded by Admiral Don Fadrique de Toledo, was sent to deal with the recently established Anglo-French colonies on the Caribbean islands of Saint Kitts and Nevis. The territories were regarded by the Spanish Empire as its own since the islands were discovered by the Spanish in 1498 and the English and French colonies had grown sufficiently to be considered a threat to the Spanish West Indies. In the Battle of St. Kitts, the heavily armed settlements on both islands were destroyed and the Spanish seized the islands.

Following these defeats, England altered its involvement in the Thirty Years War by negotiating a peace treaty with France in 1629. Thereafter expeditions were undertaken by the Duke of Hamilton and Lord Craven to the Holy Roman Empire in support of the thousands of Scottish mercenaries already serving under the King of Sweden in that conflict. Hamilton's levy was raised despite the end of the Anglo-Spanish War.

In 1630, Philip IV of Spain and Charles I of England signed the Treaty of Madrid, ending the war. It had proven a costly fiasco for England and Scotland, but merely a minor distraction for the Spanish and French, who were occupied by the wars engulfing Europe. In England, the war costs and mismanagement fueled the fire of disputes between the Monarchy and Parliament that began before the English Civil War.