Asian people[1] or Asiatic people[2] are people who descend from a portion of Asia's population.

There are varieties of definition and geographical data presented by organizations and individuals for classifying the ethnic groups in Asia.

In parts of anglophone Africa, especially East Africa and South Africa, and in parts of the Anglophone Caribbean, the term "Asian" is more commonly associated with people of South Asian origin, particularly Indians, Pakistanis, Bangladeshis and Sri Lankans.[3]

The Canadian Census uses the term 'Asian' pan-continentally and the list of visible minorities includes "West Asian", "South Asian", "Central Asian" and "Southeast Asian".[5] The Canadian government uses "West Asian" in its statistics; however people from the Arab countries of Western Asia are counted in a separate "Arab" category.[6][7]

Statistics Norway uses the term 'Asian' pan-continentally and considers people of Asian background to be people from all Asian countries.[10][11]

Statistics Sweden uses the term 'Asian' to refer to immigrants of Asian background from all Asian countries, including the Middle East.[12][13] 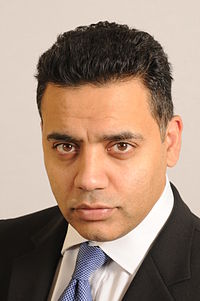 In the United Kingdom, the term "Asian" is more commonly associated with people of South Asian origin, particularly Indians, Pakistanis, Bangladeshis and Sri Lankans.[3][14] The UK usage of the term "Asian" is reflected in the "ethnic group" section of UK census forms, which treat "Asian" and "Chinese" as separate (see British Asian).[15] Most respondents to the UK 2001 Census of non-Chinese East Asian and Southeast Asian descent chose to write-in their ethnicity in the "Other Ethnic Group" category rather than the "Other Asian" category, reflecting the association of the word Asian in the UK with South Asian.[16] Despite there being a strong presence of East Asians in the United Kingdom there are considerably more South Asians, for example the 2001 Census recorded 1.05 million people of Indian origin and 247,000 of Chinese origin in the UK.[17] Peter J. Aspinall of the Centre for Health Services Studies, University of Kent, recommends privileging the term "South Asian" over the term "Asian", since the term "Asian" is a "contested term".[14] 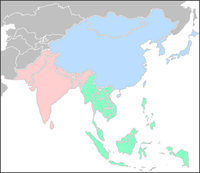 Asian ancestries as defined by the 2000 U.S. Census. 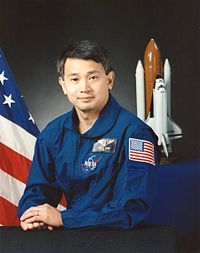 Earlier Census forms from 1980 and prior listed particular Asian ancestries as separate groups along with White and Black or Negro.[19] Previously, Asian Americans were classified as "other".[20] But the 1980 Census marked the first general analyses of Asians as a group, combining several individual ancestry groups into "Asian or Pacific Islander." By the 1990 Census, Asian or Pacific Islander (API) was included as an explicit category, although respondents had to select one particular ancestry.[21][22][23]

The 2000 and 2010 U.S. Census Bureau definition of the Asian "race" includes those who originate from the original peoples of the "Far East", "Southeast Asia" and the "Indian subcontinent".[24]

In 1930 and 1940, Indian Americans were identified as a separate race, Hindu, and in 1950 and 1960 they were racially classified as Other Race, and then in 1970 they were classified as White. Since 1980, Indians and all other South Asians have been classified as part of the Asian ethnic group.[25] Sociologist Madhulika Khandelwal described how "....as a result of activism, South Asians came to be included as 'Asians' in the census only in the 80's. Prior to that many South Asians had been checking 'Caucasian' or 'Other'."[26]

Respondents can also report their specific ancestry, e.g.: Okinawan, etc. Someone reporting these ancestries but no race would be classified as "Asian". Unlike South Asians, Jewish Americans, Israeli Americans, Arab Americans, Iranian Americans and Central Asian Americans have not lobbied to be included as Asians by the U.S. Census Board.[27]

Arab States of the Persian Gulf

In the Arab states of the Persian Gulf, the term "Asian" generally refers to people of South Asian and Southeast Asian descent due to the large Indian, Pakistani and Filipino expatriate population in these countries.[31][32][33] However, there are instances where the term is used solely to refer to those of South Asian descent.[34] 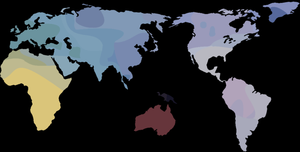 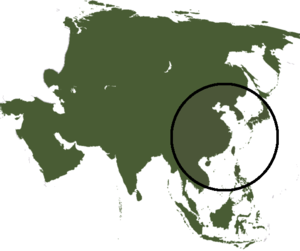 Leonard Lieberman Professor of Anthropology at Central Michigan University said that the perception of there being a discrete Asian race in the mindset of the United States is due to immigration from the region circled in the picture, but Lieberman said the reality is that "not all Asians can be designated 'Mongoloid'".[36] 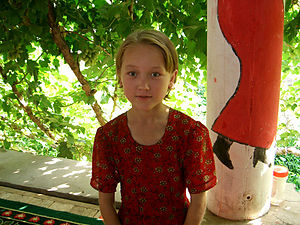 Eugénia Maria Guedes Pinto Antunes da Cunha of the Department of Anthropology, University of Coimbra, Portugal, said there has been a modern trend in "most of the forensic anthropology literature" to "rename" the term "Mongoloid", a term in which she includes the "North American Indian", with the term "Asian" or "Asiatic".[37] Antunes da Cunha said that, even though the "terminology" has changed, the "underlying assumptions are the same".[37]

Karen T. Taylor forensic art professor at the FBI Academy, Quantico, Virginia, said that the term "Asian-derived" is a modern-day euphemism for the "Mongoloid race" and it includes "Native Americans" and "various Asian groups".[38]

In 2007, Kyung-Ran Jung et al. (Korean:전경란) of the Department of Laboratory Medicine, University of Ulsan, Seoul, South Korea used the term "Asian populations" for the group he also referred to as the "Asian-Mongoloid" in which he included Japanese, Korean, Chinese and Thai for a meta-analysis of alleles in relation to rheumatoid arthritis.[39]

Dr. Marta Mirazón Lahr of the Department of Biological Anthropology at Cambridge University said "all" "Asian populations" are "grouped under the name Mongoloid".[40]

Masniari Novita of the Biomedical Department of Jember University, Jember, Indonesia, said "Asiatics" are part of the "Mongoloid" race while "Asians from the Indian Subcontinent" are part of the "Caucasian" race.[41]

Matt Cartmill of the Department of Biological Anthropology and Anatomy, Duke University, United States, said "geography has little to do with the race concept in its actual application", since "Asian individuals [can be] born in the same geographical region" as other races.[42]

Michael Bamshad et al. of the Department of Human Genetics, University of Utah, found that "107 sub-Saharan African, 67 East Asian and 81 Western European" individuals genetically clustered with "ancestry from a single population" at levels of "almost 100%", but among "263 individuals from South India" the "proportion of ancestry shared with Europeans and Asians varies widely".[43]

Sandra Soo-Jin Lee (Korean:이수진) of the Department of Cultural and Social Anthropology at Stanford University, United States of America, said that the reasoning behind "Asian" being a "race" as defined by the US Census is "difficult to determine" because it includes "South Asians".[44]

Willett Enos Rotzell professor of Botany and Zoology at the Hahnemann Medical College used the term "Asian" "race" to refer to the race he alternatively called the "Yellow or Mongolian race".[45]

A writing style guide published in 2011 by two professors at universities in the United States of America recommends using the term "Asian" to refer to people living in Asian countries such as "China, Japan, Korea, Vietnam, etc." unless a given situation makes using a more specific nationality term more appropriate than using the broader term "Asian".[46]