Charles Stewart Vane-Tempest-Stewart, 6th Marquess of Londonderry KG GCVO PC JP DL (16 July 1852 – 8 February 1915), styled Viscount Castlereagh between 1872 and 1884, was a British Conservative politician, landowner and benefactor, who served in various capacities in the Conservative administrations of the late 19th and early 20th centuries. After succeeding his father in the marquessate in 1884, he was Lord-Lieutenant of Ireland between 1886 and 1889. He later held office as Postmaster General between 1900 and 1902 and as President of the Board of Education between 1902 and 1905. A supporter of the Protestant causes in Ulster, he was an opponent of Irish Home Rule and one of the instigators of the formal alliance between the Conservative Party and the Liberal Unionists in 1893. Staunchly Conservative, he also voted against the Parliament Act of 1911.

Born Charles Vane-Tempest in London, UK,[1] he was the eldest son of George Vane-Tempest, 5th Marquess of Londonderry, by Mary Cornelia, only daughter of Sir John Edwards, 1st Baronet. He was the grandson of the third Marquess and the great-nephew of the second Marquess, better known as the statesman Lord Castlereagh. Lord Randolph Churchill was his first cousin.[2] He was educated at Eton,[1][2] the National University of Ireland[1] and Christ Church, Oxford. He became known by the courtesy title Viscount Castlereagh when his father succeeded to the marquessate of Londonderry in 1872. In 1885 he assumed the original and additional surname of Stewart by Royal license.[1][2] 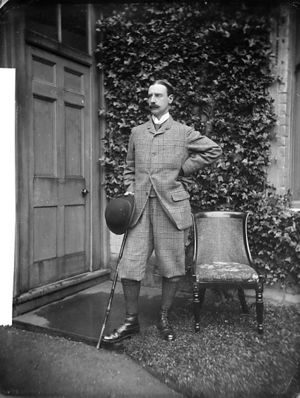 Castlereagh was returned to parliament as one of two representatives for Down in 1878, a seat he held until 1884, when he succeeded his father in the marquessate and entered the House of Lords. After the Conservatives came to power in 1886 under Lord Salisbury, Lord Londonderry was sworn of the Privy Council[3] and appointed Lord-Lieutenant of Ireland.[3] This was a time of difficulties in Ireland. Gladstone's first Home Rule Bill had just been rejected by parliament and national feelings ran high in Ireland. According to the Dictionary of National Biography, Londonderry "... filled the viceroyalty with tact and courage, so that when he left Dublin in 1889 the discontent had abated and some measure of prosperity had been restored."[1] He was appointed a Knight of the Garter in 1888[4] and admitted to the Irish Privy Council in 1892. He opposed Gladstone's second Home Rule Bill in 1893 and presided over the meeting which led to the formal political alliance between the Conservatives and the Liberal Unionists.[1] 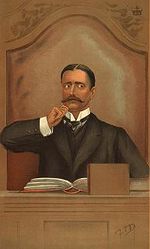 Caricature by FTD for Vanity Fair, 1896

From 1895 to 1897 Londonderry was Chairman of the London School Board. He returned to the government in April 1900 when Salisbury made him Postmaster General, and became a member of the cabinet in November of that year. After Arthur Balfour became prime minister in August 1902, Londonderry became President of the Board of Education. In this role he oversaw the Education Act of 1902 to 1903. Between 1903 and 1905 he was also Lord President of the Council. The Unionists fell in December 1905 and Londonderry subsequently focused mostly on Irish affairs. A staunch conservative, he was one of the 114 peers who voted against the Parliament Act of 1911. As president of the Ulster Unionist council he opposed the third Home Rule Bill proposed by the Liberal government in 1912 and was the second signatory to the Ulster Covenant after Sir Edward Carson.[1]

He was appointed to the Honorary Colonelcy of the 3rd (Militia) Battalion of the Royal Irish Rifles on 26 March 1902.[5]

As a large coal-owner in County Durham, he played a major role in this county. In 1910 he was Mayor of Durham,[2] and he received an honorary degree (D.C.L., 1901) from the University of Durham in recognition of his public services.[6]

He was also a great benefactor, patron of agriculture and race-horse owner. King Edward VII was a guest at Londonderry's County Durham seat Wynyard Park on five occasions.[1] In 1903 Londonderry was appointed a Knight Grand Cross of the Royal Victorian Order (GCVO).[2] 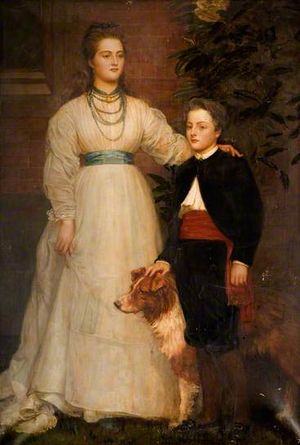 They had two sons and one daughter. The second son, Lord Charles Stewart Reginald Vane-Tempest-Stewart, died in October 1899, aged 19. The daughter, Lady Helen, married the 6th Earl of Ilchester.[2]

Londonderry died of pneumonia at Wynyard Park, County Durham,[1] in February 1915, aged 62, and was succeeded by his elder and only surviving son, Charles. The Marchioness of Londonderry died in March 1919.[2]