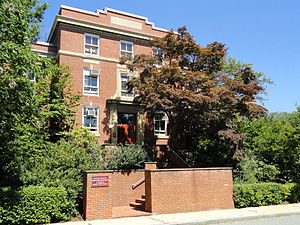 The press maintains offices in Cambridge, Massachusetts, near Harvard Square, in New York City, and in London, England.

HUP owns the Belknap Press imprint, which it inaugurated in May 1954 with the publication of the Harvard Guide to American History.[3] The John Harvard Library book series is published under the Belknap imprint.

A 2011 study of the books published by Harvard University Press during the 2000–2010 period and connected to political ideology found that, out of 494, only eight "had an outlook that was conspicuously either classical liberal or conservative".[4][5]