France, officially the French Republic, is a country whose metropolitan territory is located in Western Europe and that also comprises a collection of overseas islands and territories located in North America, the Caribbean, South America, the Indian Ocean and the Pacific Ocean. France is the largest country in Western Europe (674,843 km² with its overseas départements). With a population of over 66 million inhabitants, France is the second most populous country in Western Europe (after Germany) and the 20th largest in the world. Paris is the most populous city in France with over 12 million people in its aire urbaine, Lyon is the second largest city with 2.2 million people, associated with Villeurbanne, and the third is Marseille with just 1.7 million people.

The French Republic is a democracy which is organised as a unitary semi-presidential republic. It has the fifth-largest economy in the world in nominal terms. Its main ideals are expressed in the Declaration of the Rights of Man and of the Citizen. France is one of the founding members of the European Union, and has the largest land area of all members. France is also a founding member of the United Nations, and a member of the G7, G8, NATO, and the Latin Union. It is one of the five permanent members of the United Nations Security Council wielding veto power, and it is also one of eight acknowledged nuclear powers. With almost 82 million foreign tourists each year, France is the most popular international tourist destination in the world.

French is the official language of France, but each region has its own unique accent; in addition to French, there are several other languages of France traditionally spoken, although use of these languages has greatly decreased over the past two hundred years. French is also an official language in 41 countries, most of which form what is called in French la Francophonie, the community of French-speaking nations. Template:/box-footer

Catherine de' Medici's building projects included the Valois chapel at Saint-Denis, the Tuileries Palace, and the Hôtel de la Reine in Paris, and extensions to the château of Chenonceau, near Blois. Born in 1519 in Florence to an Italian father and a French mother, Catherine de' Medici was a daughter of both the Italian and the French Renaissance. In 1533, at the age of fourteen, she left Italy and married Henry, the second son of Francis I and Queen Claude of France. On doing so, she entered the greatest Renaissance court in northern Europe.

King Francis set his daughter-in-law an example of kingship and artistic patronage that she never forgot. She witnessed his huge architectural schemes at Chambord and Fontainebleau. She saw Italian and French craftsmen at work together, forging the style that became known as the first School of Fontainebleau. Francis died in 1547, and Catherine became queen consort of France. But it wasn't until her husband King Henry's death in 1559 that Catherine came into her own as a patron of architecture. Over the next three decades, she launched a series of costly building projects aimed at enhancing the grandeur of the monarchy.

Though she spent colossal sums on the building and embellishment of monuments and palaces, little remains of Catherine's investment today. Catherine de' Medici's reputation as a sponsor of buildings rests instead on the designs and treatises of her architects.

Monteux during his conductorship of Les Ballets Russes, c. 1912
Pierre Benjamin Monteux (4 April 1875 – 1 July 1964) was a French (later American) conductor. After violin and viola studies, and a decade as an orchestral player and occasional conductor, he began to receive regular conducting engagements in 1907. He came to prominence when, for Sergei Diaghilev's Ballets Russes company between 1911 and 1914, he conducted the world premieres of Stravinsky's The Rite of Spring and other prominent works including Petrushka, Ravel's Daphnis et Chloé, and Debussy's Jeux. Thereafter he directed orchestras around the world for more than half a century.

From 1917 to 1919 Monteux was the principal conductor of the French repertoire at the Metropolitan Opera in New York. He led the Boston Symphony Orchestra (1919–24), Amsterdam Concertgebouw Orchestra (1924–34), Orchestre Symphonique de Paris (1929–38) and San Francisco Symphony (1936–52). In 1961, aged eighty-six, he accepted the chief conductorship of the London Symphony Orchestra, a post which he held until his death three years later. Although known for his performances of the French repertoire, his chief love was the music of German composers, above all Brahms.

In 1932 he began a conducting class in Paris, which he developed into a summer school that was later moved to his summer home in Les Baux in the south of France. After moving permanently to the US in 1942, and taking American citizenship, he founded a school for conductors and orchestral musicians in Hancock, Maine. 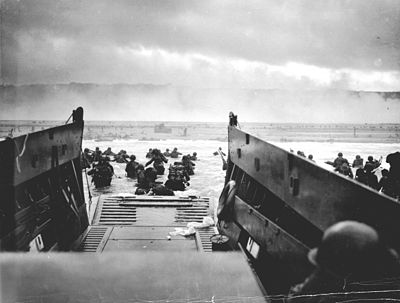