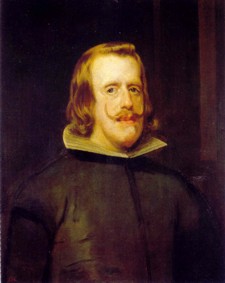 The Anglo–Spanish War was a conflict between the English Protectorate under Oliver Cromwell and Spain, between 1654 and 1660. It was caused by commercial rivalry. Each side attacked the other's commercial and colonial interests in various ways such as privateering and naval expeditions. In 1655, an English amphibious expedition invaded Spanish territory in the Caribbean. The major land actions took place in the Spanish Netherlands. In 1657, England formed an alliance with France, merging the Anglo–Spanish war with the larger Franco–Spanish War. 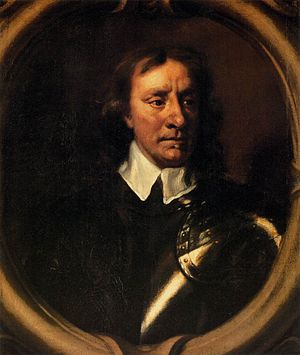 After the ending of the First Anglo-Dutch War, Cromwell turned his attention to England's traditional enemies, France and Spain. Although Cromwell believed it to be God's will that the Protestant religion should prevail in Europe, he pursued a foreign policy that was at once pragmatic and realistic, allying himself with Catholic France that was engaged in a major and longstanding war with Catholic Spain. In essence, by going to war with Spain he was seeking a return to a policy of commercial opportunism pursued in the days of Elizabeth I and subsequently abandoned by the Stuarts. Cromwell's attack on Spanish trade and treasure routes immediately recalled the exploits of Francis Drake and Walter Ralegh; and it is not by accident that printed accounts of their activities began to circulate in England at this time. There was, however, one important difference: alongside silver and gold a new treasure was becoming ever more important – sugar. This meant occupation of territory, a step beyond the piracy pursued in Elizabethan days.

During the first year of the Protectorate, Cromwell conducted negotiations with the French statesman Cardinal Mazarin, resulting in the drafting of an Anglo-French alliance against Spain in October 1655. The alliance had an added benefit of keeping the French from helping the Stuarts to regain the throne of England for a few more years.

Meanwhile, Cromwell had already launched the Western Design against Spain's colonies in the Spanish West Indies. The fleet left Portsmouth in late December 1654 and arrived in the West Indies in January. In May 1655, an English amphibious expedition led by General at Sea William Penn, father of the founder of Pennsylvania, and General Robert Venables invaded Spanish territory in the West Indies with the objective of capturing Hispaniola. It was one of the strongest ever to sail from England, with some 3,000 marines under the command of General Robert Venables, further reinforced in Barbados, Montserrat, St. Kitts and Nevis.

Although Cromwell had previously been interested in the possible acquisition of Hispaniola island, the expedition's commanders were given the freedom to determine their own priorities in the circumstances they faced on arrival. Several options were considered, including a landing on the coast of Guatemala or on Cuba. Both were discounted, as Penn and Venables decided to attempt to repeat Drake's attack on Santo Domingo on Hispaniola. However, the 1655 Siege of Santo Domingo failed because the Spanish had improved their defences in the face of Dutch attacks earlier in the century. Cromwell, on the other hand, saw the Hispaniola defeat as God's judgement.[2] Despite various subsequent successes, the defeat made the whole operation against the Spanish West Indies a general failure. Venables and Penn were imprisoned therefore in the Tower of London on their arrival on England.[3][4]

Jamaica was the casus belli that resulted in the actual Anglo-Spanish War in 1655.[5] Weakened by fever, the English force then sailed west for the Colony of Santiago (present day Jamaica), the only Spanish West Indies island that did not have new defensive works. They landed in May 1655 at a place called Santiago de la Vega, now Spanish Town. They came, and they stayed, in the face of prolonged local resistance that was reinforced by troops sent from Spain and New Spain (México). In 1657 the English Governor invited the Buccaneers to base themselves at Port Royal on Santiago, to deter the Spanish from recapturing the island. For England, Jamaica was to be the 'dagger pointed at the heart of the Spanish Empire,' although in fact it was a possession of little value then.[4] Cromwell, despite all difficulties, was determined that the presence should remain, sending reinforcements and supplies. New Spanish troops sailing from Cuba, lost the Battle of Ocho Rios in 1657 and the Battle of Rio Nuevo in 1658, failing in their attempts to retake Jamaica.

In European waters, Blake proceeded to blockade the Spanish port of Cadiz. A galleon of treasure was captured, and the overall loss to Spain was estimated at £2,000,000. Little was achieved in the war until September 1656 when one of Blake's captains, Richard Stayner, intercepted a Spanish treasure fleet and captured or sank all but two of its ships, which was a serious blow to the king's finances. Then in April 1657, Blake completely destroyed another Spanish merchant convoy—the West Indian Fleet—that had stopped at Santa Cruz harbour on its return voyage. Fortunately for Spain, the fleet had landed the bullion before the battle.[6] The English lost 1,500 to 2,000 merchant ships to Spanish privateers and instead of using captured English ships to replace their destroyed convoys, the Spanish government placed the care of Spanish trade in the hands of neutral Dutch merchantmen, so that, strategically, the war was largely unsuccessful for England.[6]

An Anglo-French alliance against Spain was established when the Treaty of Paris was signed in March 1657. Based on the terms of the treaty, the English would join with France in her continuing war against Spain in Flanders. France would contribute an army of 20,000 men, England would contribute both 6,000 troops and the English fleet in a campaign against the Flemish coastal fortresses of Gravelines, Dunkirk and Mardyck. It was agreed that Gravelines would be ceded to France, Dunkirk and Mardyck to England. Dunkirk, in particular, was on the Commonwealth's mind mainly because of the privateers that were causing damage to the mercantile fleet. For Cromwell and the Commonwealth, the question of possession of Dunkirk thus passed from regional diplomatic possibility to urgent political necessity.[7]

The combined Anglo-French army for the invasion of Flanders was commanded by the great French Marshal Turenne. The Spanish Army of Flanders was commanded by Don Juan-José, an illegitimate son of the Spanish King Philip. The Spanish army of 15,000 troops was augmented by a force of 3,000 English Royalists—formed as the nucleus of potential army for the invasion of England by Charles II, with Charles's brother James, Duke of York, among its commanders.[8]

The Commonwealth fleet blockaded Flemish ports but, to Cromwell's annoyance, the military campaign started late in the year and was subject to many delays. Marshal Turenne spent the summer of 1657 campaigning against the Spanish in Luxembourg and made no move to attack Flanders until September. Mardyck was captured on 22 September and garrisoned by Commonwealth troops. Dunkirk was besieged in May 1658. A Spanish relief force attempted to lift the siege but was defeated on 4 June at the Battle of the Dunes. The Commonwealth contingent in Turenne's army fought with distinction and impressed their French allies with a successful assault up a strongly defended sandhill 150 feet high during the battle. When Dunkirk surrendered to Turenne on 14 June, Cardinal Mazarin honoured the terms of the treaty with Cromwell and handed the port over to the Commonwealth, despite the protests of Louis XIV. The Commonwealth also honoured its obligations in respecting the rights of the Catholic populations of Mardyck and Dunkirk. A contingent of Commonwealth troops remained with Turenne's army and were instrumental in the capture of Gravelines and other Flemish towns by the French. With the privateering threat of Dunkirk threat out of the way, England's mercantile fleet suffered far fewer losses; not only because the Dunkirkers had lost their largest base but also because English trade had already been largely lost to the Dutch.[9] 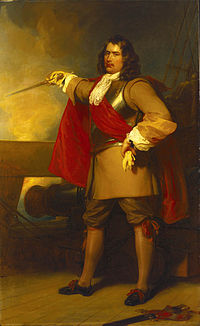 The war between France and Spain ended with the signing of the Peace of the Pyrenees on 28 October 1659. Cromwell's death in 1658 left England in political turmoil that would result in the return of the Stuarts to the throne of England. After the Restoration of Charles II in England, the Anglo-Spanish War was formally terminated in September 1660. Charles sold Dunkirk to Louis XIV of France in November 1662 – though less than £300,000 of the promised half million was ever paid. Although the Western Design failed in its primary objective of capturing the island of Hispaniola, as a first step toward the conquest of Central America,[10] Jamaica remained an English colony despite the exiled king's promise to return it after the Restoration.[11] The purpose of the Western Design survived the Protectorate itself, later to be revived in the raids of Henry Morgan and Christopher Myngs under the behest of the Jamaican governor Thomas Modyford. Modyford's pretexts for licensing the buccaneers was his suspicion that Spain would never be secure until the Spanish government acknowledged England's possession of Jamaica and Cayman Islands and named it in a treaty.[12] Spain formally recognised England's ownership of the islands in 1670 at the treaty of Madrid.

England and Spain had both suffered heavy economic loses. Spain suffered, mainly from Blake's blockade of Cadiz. The effect of this, particularly with the action off Cadiz and at Santa Cruz, was the disruption of the Spanish economy, which depended upon silver and gold from the Americas.[13][14] This added to the difficulties of Philip's IV's armies, who for years had been on the defensive in their campaigns in Italy, the Pyrenees, Flanders and Portugal.[13] The Spanish answered with a privateering campaign that all but wiped out English shipping trade.[15][16][17] Consequently, the Dutch enjoyed a rapid and lasting recovery from the shipping and trade losses they had suffered during the Anglo-Dutch war, at the expense of the English.[18] [19] Nevertheless, with the victory of the first Anglo Dutch war and the successes in the war against Spain, England had done enough to establish itself as one of Europe's leading naval powers.[20]