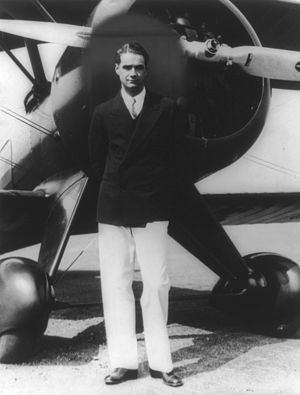 Howard Hughes was a major American aviation and film maverick during the 20th century.

A business magnate (formally industrialist) refers to an entrepreneur of great influence, importance, or standing in a particular enterprise or field of business. The term characteristically refers to a wealthy entrepreneur or investor who controls through personal business ownership or dominant shareholding position a firm or industry whose goods, products, or services are widely consumed. Such individuals may also be called czars, moguls, proprietors, tycoons, taipans, barons, or oligarchs.

The word magnate derives from the Latin magnates (plural of magnas), meaning "a great man" or "great nobleman".

The word tycoon derives from the Japanese word taikun (大君?), which means "great lord", used as a title for the shogun.[1][2] The word entered the English language in 1857[3] with the return of Commodore Perry to the United States. U.S. President Abraham Lincoln was humorously referred to as the Tycoon by his aides John Nicolay and John Hay.[4] The term spread to the business community, where it has been used ever since.

The word mogul is an English corruption of mughal, Persian or Arabic for "Mongol". It alludes to emperors of the Mughal Empire of the Indian subcontinent that existed between 1526 and 1857 who possessed great power and storied riches capable of producing wonders of opulence such as the Taj Mahal. 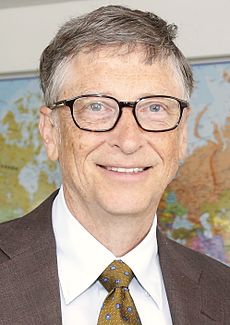 Business magnates are entrepreneurial venture or firm owners that amass on their own or wield substantial family fortunes in the process of building or running their business enterprises. Some are widely known in connection with these entrepreneurial activities, others through high-visibility secondary pursuits such as philanthropy, political fundraising and campaign financing, and sports team ownership or sponsorship.

The terms mogul, tycoon and baron were often applied to late 19th and early 20th century North American business magnates in extractive industries such as mining, logging and petroleum, transportation fields such as shipping and railroads, manufacturing, including steelmaking, in banking, and in newspaper publishing. Their dominance was known as the Second Industrial Revolution, the Gilded Age, or the Robber Baron Era.