Henry Wellesley, 3rd Duke of Wellington (Apsley House, 5 April 1846 – 8 June 1900, Strathfieldsaye) was a British peer and Conservative Party politician. He was the son of Lord Charles Wellesley and grandson of the 1st Duke of Wellington. 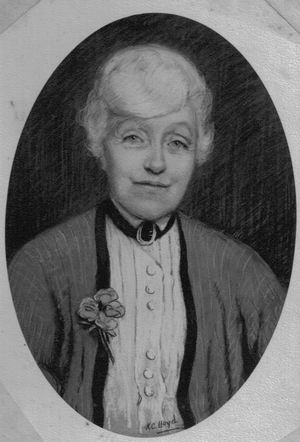 He succeeded his uncle as Duke of Wellington on 13 August 1884. Subsequently, his sisters Victoria and Mary were granted the rank of daughters of a Duke. He was appointed honorary colonel of the Hampshire Artillery 22 November 1884, and the 6th West York Militia on 10 April 1886. He held both honours until his death. He was special ambassador to Spain for the funeral of Alfonso XII in 1885, and chairman of the Society for the Suppression of Mendicity.

Wellington died at the family home of Strathfieldsaye in 1900 and was buried there. He married Evelyn Katrine Gwenfra Williams (1855 – 11 March 1939) on 7 March 1882; they had no issue. He was succeeded by his brother, Arthur Charles.