The WWE Hall of Fame is a hall of fame for professional wrestling personalities maintained by WWE. It was officially created on the March 22, 1993 episode of Monday Night Raw where André the Giant, who had died nearly two months prior, was announced as the sole inductee.[1][2][3] The 1994 and 1995 ceremonies were held in conjunction with the annual King of the Ring pay-per-view events. In 1996, the ceremony was held with the Survivor Series event, for the first time in front of a paying audience as well as the wrestlers, after which, the Hall of Fame went on hiatus.

In 2004, WWE relaunched the Hall of Fame to coincide with WrestleMania XX.[4] This ceremony, like its predecessors, was not broadcast on television, however, it was released on DVD on June 1, 2004.[5] Beginning with the 2005 ceremony, an edited version of the Hall of Fame was broadcast on Spike TV (2005)[6] and on the USA Network (2006[7]–present[8]); these were aired on tape delay. Since 2005, the entire Hall of Fame ceremony has been packaged as part of the annual WrestleMania DVD release,[9] and from 2014, has been broadcast live on the WWE Network.[10] In 2015, historical WWE Hall of Fame ceremonies became available on the WWE Network.

Although a building has never been built to represent the Hall of Fame, WWE has looked into constructing a facility. In 2008, Shane McMahon, then-Executive Vice President of Global Media of WWE, stated that WWE had been storing wrestling memorabilia in a warehouse for years, with all items categorized and dated in case a facility is created.[11]

As of 2015, there have been a total of 129 inductees - with 95 wrestlers inducted individually, nine group inductions (consisting of 25 wrestlers within those groups), eight celebrities, and one fan. Ric Flair is the only Hall of Famer to be inducted twice, first individually in 2008, then as a member of The Four Horsemen in 2012.[12] 25 members were inducted posthumously.[13]

The "celebrity wing" of the Hall of Fame is dedicated to celebrities that have made memorable appearances on WWE programming, and/or have had longtime associations with WWE. 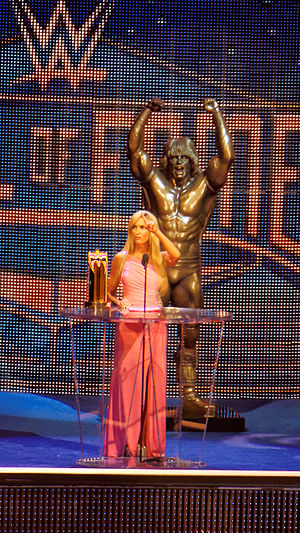 In 2015, WWE introduced the Warrior Award for those who have "exhibited unwavering strength and perseverance, and who lives life with the courage and compassion that embodies the indomitable spirit of the Ultimate Warrior."[135] WWE promotes Warrior Award recipients as Hall of Fame inductees, although Michalek is not included in the Hall of Fame section at their website.[136][137][138][139]

The award was created following The Ultimate Warrior's death. During his April 2014 Hall of Fame speech shortly before his death, he proposed that there be a special category called the "Jimmy Miranda Award" for WWE's behind-the-scenes employees.[140][141][142][143] Miranda, who died in 2002, was part of the WWE merchandise department for more than 20 years.[144] Former WWE ring announcer Justin Roberts expressed disappointment at how WWE used portions of Warrior's Hall of Fame speech to promote the award, but left out Warrior's intentions of honoring WWE's off-screen employees. WWE responded, "It is offensive to suggest that WWE and its executives had anything but altruistic intentions in honoring Connor (who died 17 days after the Ultimate Warrior died) and his legacy with The Warrior Award," adding that "moving forward the award will be given annually to acknowledge other unsung heroes among WWE's employees and fans."[142][143] 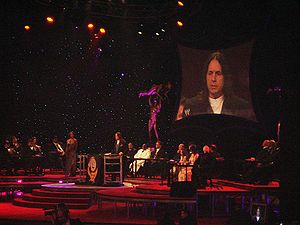 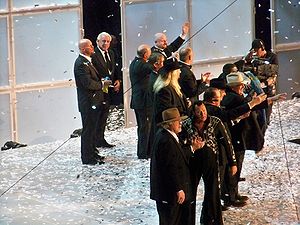 The WWE Hall of Fame has garnered criticism due to the inductions of questionable performers, and the omissions of major names within the industry.[160]

Bruno Sammartino, the longest reigning WWWF World Heavyweight Champion, was disapproving of celebrity inductees such as Pete Rose and William Perry, and said of the ceremony: "What's the point to a Hall of Fame? Is it a building I can actually go to? No. Give me a break".[161] Sammartino declined induction several times, due to the adult content presented by WWE during the late 1990s and 2000s,[161] before accepting in 2013.[162][163] Regarding Sammartino's derision of the Hall of Fame, Slam! Sports writer Matt MacKinder stated: "He's not alone".[161]

Dave Scherer of PWInsider has questioned how WWE can sustain the 2004–present Hall of Fame model, due to legends being rapidly inducted. He wrote: "There are only so many people that they can have headline a class. They really need to make more new stars to ensure that they can keep filling arenas for the ceremony".[164]