The Five Dynasties and Ten Kingdoms period, also called Five Dynasties, was an era of political upheaval in 10th-century imperial China. During this period, five states quickly succeeded one another in the Chinese Central Plain, while more than a dozen concurrent states were established elsewhere, mainly in south China.

Traditionally, the era started with the fall of the Tang dynasty in 907 AD and ended with the founding of the Song dynasty in 960. However, many states were de facto independent long before 907, and the last of the Five Dynasties and Ten Kingdoms states, Northern Han, was not vanquished until 979.

The Five Dynasties were:

The Ten Kingdoms were:

Only ten are traditionally listed, hence the era's name, "Ten Kingdoms"; some historians, such as Bo Yang, count eleven, including Yan and Qi but not the Northern Han, viewing it as simply a continuation of Later Han. This era also led to the founding of the Liao dynasty in the north.

The following were important jiedushi:

During the Liang Dynasty, the warlord Zhu Wen held the most power in northern China. Although he was originally a member of Huang Chao's rebel army, he took on a crucial role in suppressing the Huang Chao Rebellion. For this function, he was awarded the Xuanwu Jiedushi title. Within a few years, he had consolidated his power by destroying neighbours and forcing the move of the imperial capital to Luoyang, which was within his region of influence. In 904, he executed Emperor Zhaozong of Tang and made his 13-year-old son a subordinate ruler. Three years later, he induced the boy emperor to abdicate in his favour. He then proclaimed himself emperor, thus beginning the Later Liang. 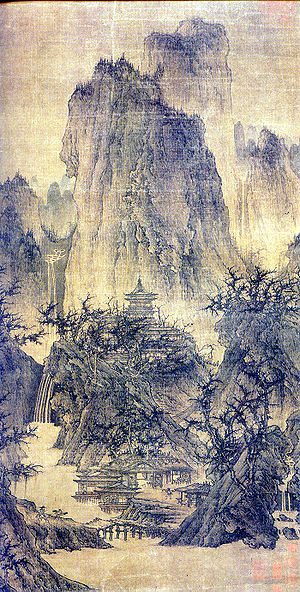 During the Tang Dynasty, rival warlords declared independence in their governing provinces—not all of whom recognized the emperor's authority. Li Cunxu and Liu Shouguang (劉守光) fiercely fought the regime forces to conquer northern China; Li Cunxu succeeded. He defeated Liu Shouguang (who had proclaimed a Yan Empire in 911) in 915, and declared himself emperor in 923; within a few months, he brought down the Later Liang regime. Thus began the Later Tang—the first in a long line of conquest dynasties. After reuniting much of northern China, Cunxu conquered Former Shu in 925, a regime that had been set up in Sichuan.

The Later Tang had a few years of relative calm, followed by unrest. In 934, Sichuan again asserted independence. In 936, Shi Jingtang, a Shatuo jiedushi from Taiyuan, was aided by the Liao dynasty in a rebellion against the dynasty. In return for their aid, Shi Jingtang promised annual tribute and the Sixteen Prefectures (modern northern Hebei and Beijing) to the Khitans. The rebellion succeeded; Shi Jingtang became emperor in this same year.

Not long after the founding of the Later Jin, the Khitans regarded the emperor as a proxy ruler for China proper. In 943, the Khitans declared war and within three years seized the capital, Kaifeng, marking the end of Later Jin. But while they had conquered vast regions of China, the Khitans were unable or unwilling to control those regions and retreated from them early in the next year. 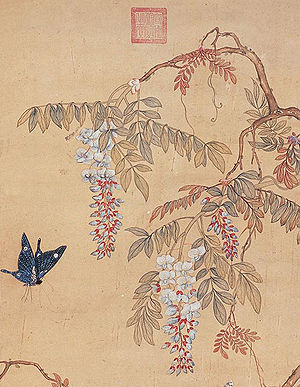 To fill the power vacuum, the jiedushi Liu Zhiyuan entered the imperial capital in 947 and proclaimed the advent of the Later Han, establishing a third successive Shatuo reign. This was the shortest of the five dynasties. Following a coup in 951, General Guo Wei, a Han Chinese, was enthroned, thus beginning the Later Zhou. However, Liu Chong, a member of the Later Han imperial family, established a rival Northern Han regime in Taiyuan and requested Khitan aid to defeat the Later Zhou.

After the death of Guo Wei in 951, his adopted son Chai Rong succeeded the throne and began a policy of expansion and reunification. In 954, his army defeated combined Khitan and Northern Han forces, ending their ambition of toppling the Later Zhou. Between 956 and 958, forces of Later Zhou conquered much of Southern Tang, the most powerful regime in southern China, which ceded all the territory north of the Yangtze in defeat. In 959, Chai Rong attacked the Liao in an attempt to recover territories ceded during the Later Jin. After many victories, he succumbed to illness.

In 960, the general Zhao Kuangyin staged a coup and took the throne for himself, founding the Northern Song Dynasty. This is the official end of the Five Dynasties and Ten Kingdoms period. During the next two decades, Zhao Kuangyin and his successor Zhao Kuangyi defeated the other remaining regimes in China proper, conquering Northern Han in 979, and reunifying China completely in 982.

Though considered one of the ten kingdoms, the Northern Han was based in the traditional Shatuo stronghold of Shanxi. It was created after the last of three dynasties created by Shatuo Turks fell to the Han-governed Later Zhou in 951. With the protection of the powerful Liao, the Northern Han maintained nominal independence until the Song Dynasty wrested it from the Khitan in 979.

Unlike the dynasties of northern China, which succeeded one other in rapid succession, the regimes of South China were generally concurrent, each controlling a specific geographical area. These were known as "The Ten Kingdoms".

The Kingdom of Wu (902–937) was established in modern-day Jiangsu, Anhui, and Jiangxi. It was founded by Yang Xingmi, who became a Tang Dynasty military governor in 892. The capital was initially at Guangling (present-day Yangzhou) and later moved to Jinling (present-day Nanjing). The kingdom fell in 937 when it was taken from within by the founder of the Southern Tang.

The Kingdom of Wuyue was the longest-lived (907–978) and among the most powerful of the southern states. Wuyue was known for its learning and culture. It was founded by Qian Liu, who set up his capital at Xifu (modern-day Hangzhou). It was based mostly in modern Zhejiang province but also held parts of southern Jiangsu. Qian Liu was named the Prince of Yue by the Tang emperor in 902; the Prince of Wu was added in 904. After the fall of the Tang Dynasty in 907, he declared himself king of Wuyue. Wuyue survived until the eighteenth year of the Song dynasty, when Qian Shu surrendered to the expanding dynasty.

The Kingdom of Min (909–945) was founded by Wang Shenzhi, who named himself the Prince of Min with its capital at Changle (present-day Fuzhou). One of Shenzhi’s sons proclaimed the independent state of Yin in the northeast of Min territory. The Southern Tang took that territory after the Min asked for help. Despite declaring loyalty to the neighboring Wuyue, the Southern Tang finished its conquest of Min in 945.

The Southern Han (917–971) was founded in Guangzhou (also known as Canton) by Liu Yan. His brother, Liu Yin, was named regional governor by the Tang court. The kingdom included Guangdong, Guangxi, Hanoi, and Hainan.

The Chu (927–951) was founded by Ma Yin with the capital at Changsha. The kingdom held Hunan and northeastern Guangxi. Ma was named regional military governor by the Tang court in 896, and named himself the Prince of Chu with the fall of the Tang in 907. This status as the Prince of Chu was confirmed by the Later Tang in 927. The Southern Tang absorbed the state in 951 and moved the royal family to its capital in Nanjing, although Southern Tang rule of the region was temporary, as the next year former Chu military officers under the leadership of Liu Yan seized the territory. In the waning years of the Five Dynasties and Ten Kingdoms period, the region was ruled by Zhou Xingfeng.

The Northern Han was founded by Liu Min (劉旻), formerly known as Liu Chong (劉崇), and lasted from 951 to 979. It has the capital at Taiyuan.

The smallest of the southern states, Jingnan (924–963), was founded by Gao Jichang. It was based in Jiangling and held two other districts southwest of present-day Wuhan in Hubei. Gao was in the service of the Later Liang (the successor of the Tang in North China). Gao’s successors claimed the title of King of Nanping after the fall of the Later Liang in 924. It was a small and weak kingdom, and thus tried to maintain good relations with each of the Five Dynasties. The kingdom fell to advancing armies of the Song in 963.

Former Shu (907–25) was founded after the fall of the Tang Dynasty by Wang Jian, who held his court in Chengdu. The kingdom held most of present-day Sichuan, western Hubei, and parts of southern Gansu and Shaanxi. Wang was named military governor of western Sichuan by the Tang court in 891. The kingdom fell when his son surrendered in the face of an advance by the Later Tang in 925.

The Later Shu (935–965) is essentially a resurrection of the previous Shu state that had fallen a decade earlier to the Later Tang. Because the Later Tang was in decline, Meng Zhixiang found the opportunity to reassert Shu’s independence. Like the Former Shu, the capital was at Chengdu and it basically controlled the same territory as its predecessor. The kingdom was ruled well until forced to succumb to Song armies in 965. 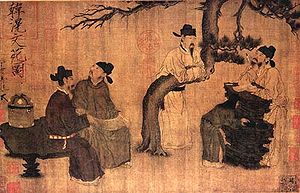 The Southern Tang (937–975) was the successor state of Wu as Li Bian (Emperor Liezu) took the state over from within in 937. Expanding from the original domains of Wu, it eventually took over Yin, Min, and Chu, holding present-day southern Anhui, southern Jiangsu, much of Jiangxi, Hunan, and eastern Hubei at its height. The kingdom became nominally subordinate to the expanding Song in 961 and was invaded outright in 975, when it was formally absorbed into Song China.

Although more stable than northern China as a whole, southern China was also torn apart by warfare. Wu quarrelled with its neighbours, a trend that continued as Wu was replaced with Southern Tang. In the 940s Min and Chu underwent internal crises which Southern Tang handily took advantage of, destroying Min in 945 and Chu in 951. Remnants of Min and Chu, however, survived in the form of Qingyuan Jiedushi and Wuping Jiedushi for many years after. With this, Southern Tang became the undisputedly most powerful regime in southern China. However, it was unable to defeat incursions by the Later Zhou between 956 and 958, and ceded all of its land north of the Yangtze River.

The Song dynasty, established in 960, was determined to reunify China. Jingnan and Wuping Jiedushi were swept away in 963, Later Shu in 965, Southern Han in 971, and Southern Tang in 975. Finally, Wuyue and Qingyuan Jiedushi gave up their land to Northern Song in 978, bringing all of southern China under the control of the central government.

In common with other periods of fragmentation, the Five Dynasties and Ten Kingdoms period resulted in a division between northern and southern China. The greater stability of the Ten Kingdoms, especially the longevity of Wu Yue and Southern Han, would contribute to the development of distinct regional identities within China. 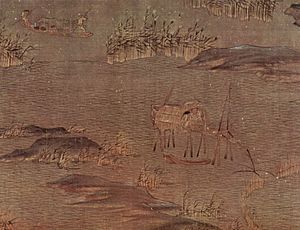