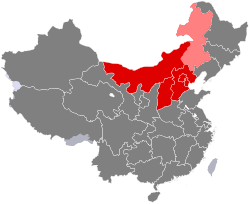 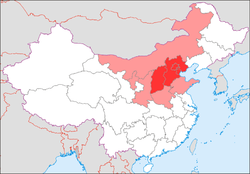 The vast region in China in the Yellow River Valley and north to the Yangtze River was the centre of Chinese empires, and home to Confucian civilization. In prehistory and early history, the plain (Henan in particular) is considered the origin of Chinese civilization in official Chinese history. The region cultivated wheat, and most speak Mandarin as their dialects, a language that today being established as the official language of the People's Republic of China (PRC). The region remains the political, military, and cultural center of the PRC to this day.

Administrative divisions in the PRC