Marsh Baldon is village and in the Baldons civil parish about 5 miles (8 km) southeast of Oxford in Oxfordshire. Until 2012 Marsh Baldon was a separate civil parish. The 2011 Census recorded itss population as 310.[1]

The course of the Roman road that linked Dorchester on Thames with Alchester passes through the parish on a north-south axis, and the eastern boundary of the village green approximately follows it.[2] Roman coins and Romano-British pottery have been found in the parish.[2]

About 1 mile (1.6 km) south of the village, just east of the Golden Balls roundabout on the A4074 road, is the site of a set of Roman kilns.[3] The site is now a scheduled monument.[3]

In the 11th century a Saxon called Azur held a manor of 10 hides at Marsh Baldon.[2] After the Norman conquest of England this manor was one of numerous estates granted to Miles Crispin, a Norman baron who may have been the first castellan of Wallingford Castle.[2] Marsh Baldon remained part of the Honour of Wallingford until at least 1166.[2]

Baldon House was built in the 17th century[4] or earlier as the manor house.[5] It was extended in the 18th century,[4] and wings were added in the 19th and early in the 20th centuries. Baldon House is a Grade II* listed building.[5] 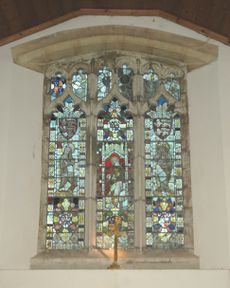 The Church of England parish church of Saint Peter dates from the 12th century, with 14th and 15th century alterations.[6] St Peter's was restored in 1890 by the architect Somers Clarke and builder J.T. Micklethwaite.[6] It is a Grade II* listed building.[7]

Above the south portal is a very fine example of a 12th century canonical sundial.

In the north aisle is a painting of the Annunciation by the Italian master Pompeo Batoni (1708–87) after Guido Reni.[6] It hung in the chapel of Corpus Christi College, Oxford until 1794, when Sir Christopher Willoughby had St. Peter's church remodelled and donated the painting.[6] Marsh Baldon is not the only Oxfordshire parish church to have a painting by Batoni. The parish church of the Blessed Virgin Mary, Weston-on-the-Green, 12 miles (19 km) north of Marsh Baldon, has a Batoni altarpiece of the Ten Commandments.[8] 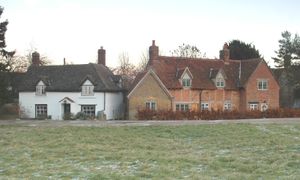 Most of Marsh Baldon's houses and cottages are arranged around the village green, which is an irregular square shape with an area of more than 1.2 acres (0.5 ha).[11] The green is common land that was used for grazing. Until the 20th century the road through Marsh Baldon was gated at both ends of the village to prevent livestock from straying.[12]

It may be that the earliest settlement was clustered around St. Peter's church.[11][12] The large green north-east of this original settlement would subsequently have been reclaimed from marshland early in the Middle Ages and then surrounded by houses.[11][12]

The parish has a Church of England primary school.[13] It was founded at Toot Baldon in 1771, when Elizabeth Lane left the house and four acres of land at Herbert's Farm for the purpose.[2] The farmhouse accommodated the schoolmaster, the four acres were for a site for the school and an orchard as its endowment.[2] Elizabeth Lane's bequest funded free education for six boys and six girls; other families paid fees for the school to educate their children. By 1866 the school had 56 pupils.[2]

The present building at Marsh Baldon was erected in 1873 and a second classroom was added in 1897.[2] In 1929 the school was reorganised for junior pupils only, with children over 11 years old going to the Church of England school at Dorchester on Thames from then onwards.[2] The number of pupils enrolled in the reorganised school rose from 40 in 1929 to 52 in 1952.[2] 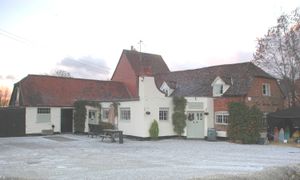 In the southeast of the parish, next to the boundary with Nuneham Courtenay, are two woods: Old Common and Bluebell Wood. The latter contains Harcourt Arboretum, which is part of the University of Oxford's Botanic Garden. 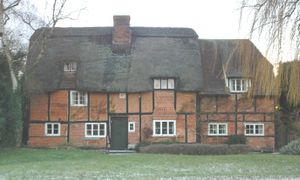 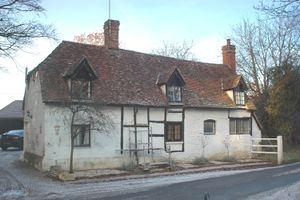