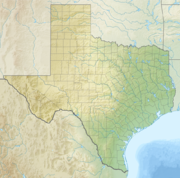 The Volunteers of America Texas Shootout is a women's professional golf tournament on the LPGA Tour. It debuted in April 2013 at Las Colinas Country Club in Irving, Texas.

Volunteers of America, the title sponsor, is a religious-based nonprofit organization that provides affordable housing and other assistance, primarily to low-income people, throughout the United States.

Inbee Park won the inaugural event, one stroke ahead of Carlota Ciganda,[1] and became its first multiple winner in 2015. In between, Stacy Lewis won by six strokes in 2014 and set the tournament record at 268 (–16).