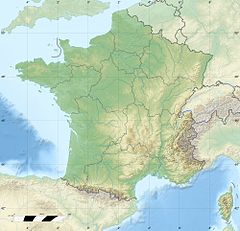 The Open de France is a European Tour golf tournament. Inaugurated in 1906 it is the oldest national open in Continental Europe and has been part of the European Tour's schedule since the tour's inception in 1972.

Originally played at La Boulie Golf Club, the tournament has been hosted by many different venues, but since 1991, it has been held at the Le Golf National near Paris every year except for 1999 and 2001.

Since the turn of the Millennium the Fédération Française de Golf has made a concerted effort to enhance the stature of the event. One of these measures included the dropping of title sponsorship from 2003. In 2004 qualifying tournaments were introduced on the model of those for The Open Championship and the U.S. Open and are open to professionals and amateurs. The prize fund rose from €865,000 in 1999 to €4 million from 2006 to 2009, putting the Open de France in the top group of European Tour events (excluding the majors and the World Golf Championships, which are co-sanctioned by the U.S. based PGA Tour). The prize fund in 2015 was €3 million.