A queen consort is the wife of a reigning king (or an empress consort in the case of an emperor). In Brunei, the wife of the Sultan is known as a Raja Isteri with prefix Pengiran Anak, equivalent with queen consort in English, as were the consorts of tsars when Bulgaria was still a monarchy. A queen consort usually shares her husband's social rank and status. She holds the feminine equivalent of the king's monarchical titles, but historically, she does not share the king's political and military powers. A queen regnant is a queen in her own right with all the powers of a monarch, who (usually) has become queen by inheriting the throne upon the death of the previous monarch.

The title of king consort for the husband of a reigning queen is rare, but not unheard of, such as with Henry Stuart, Lord Darnley in Scotland, Antoine of Bourbon-Vendôme in Navarre, and Ferdinand of Saxe-Coburg-Gotha in Portugal.

Where some title other than that of king is held by the sovereign, his wife is referred to by the feminine equivalent, such as princess consort or empress consort.

In monarchies where polygamy has been practiced in the past (such as Morocco and Thailand), or is still practiced today (such as the Zulu nation and the various Yoruba polities), the number of wives of the king varies. In Morocco, King Mohammed VI has broken with tradition and given his wife, Lalla Salma, the title of princess. Prior to the reign of King Mohammed VI, the Moroccan monarchy had no such title. In Thailand, the king and queen must both be of royal descent. The king's other consorts are accorded royal titles that confer status. Other cultures maintain different traditions on queenly status. A Zulu chieftain designates one of his wives "Great Wife", which would be the equivalent to queen consort. Conversely, in Yorubaland, all of a chief's princess consorts are essentially of equal rank. Although one of their number, usually the one that has been married to the chief for the longest time, may be given a chieftaincy of her own to highlight her relatively higher status when compared to the other wives, she does not share her husband's ritual power as a chieftain. When a woman is to be vested with an authority similar to that of the chief, she is usually a lady courtier in his service who is not married to him, but who is expected to lead his female subjects on his behalf.

Role of the queen consort

In general, the consorts of monarchs have no power per se, even when their position is constitutionally or statutorily recognized. However, often the queen consort of a deceased king (the dowager queen or queen mother) has served as regent if her child, the successor to the throne, was still a minor — for example:

Besides these examples, there have been many cases of queens consort being shrewd or ambitious stateswomen and, usually (but not always) unofficially, being among the king's most trusted advisors. In some cases, the queen consort has been the chief power behind her husband's throne; e.g. Maria Luisa of Parma, wife of Charles IV of Spain.

Examples of queens and empresses consort 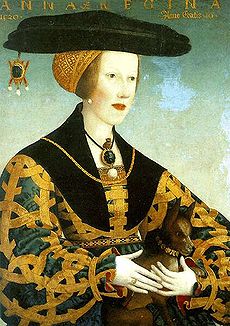 Anne of Bohemia and Hungary, consort of Ferdinand I, Holy Roman Emperor 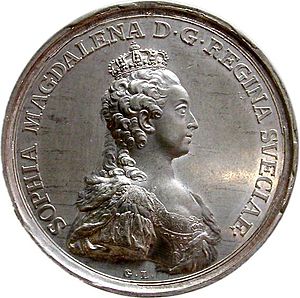 Queen Sophia Magdalene wearing the crown of the Queen of Sweden.

Because queens consort lack an ordinal with which to distinguish between them, many historical texts and encyclopedias refer to deceased consorts by their premarital (or maiden) name or title, not by their marital royal title (examples being: Queen Mary, consort of George V, is usually called Mary of Teck and Queen Maria José, consort of Umberto II of Italy, is usually called Marie José of Belgium).