First established in 1866, Kutztown University began as the Keystone Normal School based out of the presently-named Old Main Building and specializing in teacher education; in 1928 its name was changed to Kutztown State Teachers College. Eventually, the school expanded its programs outside of education to be christened Kutztown State College in 1960 and finally Kutztown University of Pennsylvania in 1983.[6]

Kutztown University is a census-designated place[7] in Maxatawny Township just outside the borough of Kutztown and makes up the main population of the university. As of the 2010 census, the population was 2,918 residents.[8] 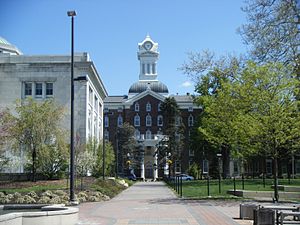 On September 15, 1866, the Keystone State Normal School was established on what is now the site of Old Main. The needs of a burgeoning industrialization in the region placed more and more demands on teacher preparation, and in 1928, the institution was designated Kutztown State Teacher's College and authorized to confer the bachelor's degree.

Eventually, the area's need for liberally educated personnel to staff its industries outstripped the need for teachers. In 1960, the Department of Education changed the institution's name to Kutztown State College and diversified its goals toward "A center for learning for the best possible education of the youth of Pennsylvania in the arts and sciences and preparation of able and dedicated teachers."

On July 1, 1983, the institution became Kutztown University of Pennsylvania of the State System of Higher Education. The university celebrated its 125th year of service to the region and community during the 1991–92 academic year.

As of Fall 2015, the University enrollment was approximately 9,000 full- and part-time undergraduate and graduate students.[9]

College of Visual and Performing Arts 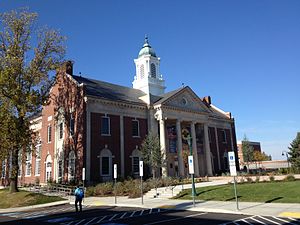 The Marlin and Regina Miller Gallery displays exhibitions of both student and outside artists, often sponsored by Third Pennsylvania Partners in the Arts.[10] In addition, student work is featured weekly within the Student Union Art Gallery in the David E. McFarland Student Union Building.

Music and theatrical performances conducted by KU Presents make regular appearances in Schaeffer Auditorium throughout the academic year, and both student and faculty recitals are held by the Department of Music.

Held primarily within the Italo deFrancesco Building, the College of Business provides Bachelor of Science in Business Administration with majors in accounting, finance, management and marketing, a Bachelor of Science in Leisure and Sport Studies, as well as minors in advertising, economics, entrepreneurship and supply chain management. The College also offers an MBA program.

In 2015, Kutztown achieved accreditation by the Association to Advance Collegiate Schools of Business [11]

College of Liberal Arts and Sciences

Based from the Beekey Education Building, the College of Education offers Bachelor of Science in Education in instructional technology, elementary education, library science, secondary education, and special education (Elementary Education/Special Education can be achieved as a dual certification). Certifications are also offered in a wide range of fields in the liberal arts and sciences. 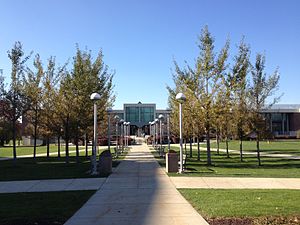 Kutztown has three undergraduate library science programs. There is a special emphasis placed on school librarian programs; a dual major of a Bachelor’s in Library Science and Elementary Education certification is a popular program as well as a Bachelor’s in Education in library science. Students must complete a 30-hour field observation, professional semester, and clinical experience/student teaching in order to successfully complete the program. The department also provides a Bachelor’s in Library Science.[16]

Enrollment at Kutztown University of Pennsylvania is approximately 9,500 full- and part-time undergraduate and graduate students. Most are Pennsylvania residents, but nearly 50 states and nations are represented in the student body. Division of gender is roughly 58% women, 41% men.[9] 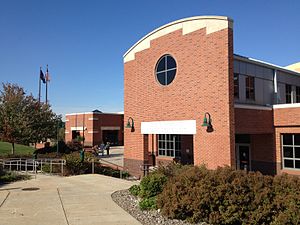 The newly constructed Academic Forum within the north campus, opened January 2007, spans 65,000 square feet (6,000 m2) and holds seven "smart" classrooms for a miscellany of courses – seating from between 85 to 200 students each – and features a central dining area. Approximately 3 percent of classes (70 sections of 2,200) offered at the university are taught within the Academic Forum.[18][19]

Numerous additional renovations to academic buildings and current residence halls attempt to accommodate the rapid expansion of attendance, which has seen an increase of "30 percent from 7,843 in 1996 to a record 10,193 students in the Fall of 2006." The addition to Shafer Auditorium is a prime example of one of the many renovation projects.[18] 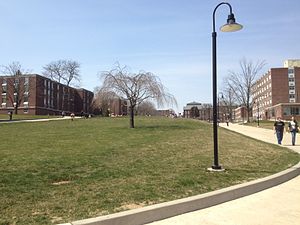 Residence halls on south campus of Kutztown University. The grassy area in between is known as the DMZ.

Cable TV, telephone, and Internet–Network access were introduced via one "drop-down" box in 1998. Telephone and Internet are under the Control of the Information Technology department, and Cable TV is provided by the local Service Electric company.

Due to rising growth in enrollment a new residence hall was completed in Fall 2008 to accommodate the growing number of incoming freshmen. The F. Eugene Dixon residence hall, officially the "largest residence hall in the Pennsylvania State System of Higher Education" at approximately 258,000 square feet (24,000 m2), gross, houses 857 beds and 14 efficiency apartments.[20][21]

Kutztown University has a shuttle service that serves the campus and the adjacent town when school is in session. Two routes run during the day Monday through Friday: an on-campus loop from 7:30 am to 4:30 pm serving the academic buildings and the residence halls and an off-campus loop from 7:30 am to 3:30 pm serving off-campus housing, downtown Kutztown, and the McFarland Student Union.[22][23] On Thursday, Friday, and Saturday evenings, an evening loop runs from 7:00 pm to 3:00 am serving the on-campus and off-campus residences, the downtown area, and the local grocery stores.[24] On selected Wednesday nights during the semester the university operates bus service to shopping centers and malls in the Reading and Allentown areas.[25] The shuttle service is free to university students with ID.[26] 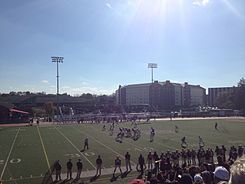 Kutztown won the Dixon Trophy in 2006,[27] which is awarded to the PSAC school with the best overall athletic program that year. Kutztown had placed second in the PSAC rankings in the 2003–04 and 2004–05 school years.[28] Famous former athletes from Kutztown include football stars Andre Reed, John Mobley, Bruce Harper and Doug Dennison and baseball standout Ryan Vogelsong.

In 2007–08, Kutztown University added women's lacrosse and women's bowling to the list of varsity sports that it offers.[29] Also, at the end of the 2008–2009 school year, President Cevallos announced that Kutztown University would discontinue its men's soccer and men's swimming programs effective immediately.

The university provides a large array of intramural and club sports programs for the student body. Leagues and tournaments are organized by the Recreational Services department every semester and range from badminton tournaments to rock climbing competitions.