From the beginning of organised motor sport events, in the early 1900s, until the late 1960s, before commercial sponsorship liveries came into common use, vehicles competing in Formula One, sports car racing, touring car racing and other international auto racing competitions customarily painted their cars in standardised racing colours that indicated the nation of origin of the car or driver. These were often quite different from the national colours used in other sports or in politics.

The colours have their origin in the national teams competing in the Gordon Bennett Cup, which was held annually in 1900-1905. Count Eliot Zborowski, father of inter-war racing legend Louis Zborowski, suggested that each national entrant be allotted a different colour. The first competition in 1900 assigned: Blue to France, Yellow to Belgium, White to Germany and Red to the USA. (Italy did not adopt its famous 'Racing Red' until a red Itala won the Peking to Paris race in 1907).

When Britain first competed in 1902, it had to choose a different colour from her national colours of red, white and blue, as these had already been allocated. Selwyn Edge's winning Napier of 1902 was painted olive green, and green was well-established as an appropriate colour for locomotives and machinery, in which Britain had led the world during the previous century. When Britain hosted the 1903 Gordon Bennett Cup the following year on a closed course at Athy in Ireland, the British adopted Shamrock green which later evolved into various shades of 'British racing green'.

Colours were definitely established in the Interwar period of Grand Prix motor racing and listed by the AiACr (the forerunner of the FIA), when the Bleu de France Bugattis and the Rosso Corsa Alfa Romeos of Italy won many races, while the British racing green Bentleys dominated the Le Mans Grand Prix d'Endurance until 1930.

In the 1930s the Mercedes-Benz and Auto Union teams did not apply the traditional German white paint, and their bare sheets of metal gave rise to the term Silver Arrows. A myth developed in the 1930s that the German teams did not apply white paint owing to the need to be under the 750 kg maximum weight limit; however the first "Silver Arrows" raced in 1932, before the weight limit was imposed in 1934. Modern monocoque aircraft fuselage construction was already using polished and unpainted aluminium panels at this period, and the wealthy motor-racing fraternity would also have been aware that in Heraldry, White and Silver are the same colour or 'tincture', described as 'Argent'; (similarly Yellow and Gold are both called 'Or').

Post-war colours were defined in terms of body, bonnet, chassis, numbers and their backgrounds (see diagrams below). When the chassis was no longer exposed, the chassis colour was shown in various ways, e.g. the parallel blue stripes of the Cunningham team and other US teams in the 1950s. Porsche in the 1950s and 1960s also retained the silver colouring, although other German teams in the 1960s (such as BMW) returned to white paint.

In the spring of 1968, sponsorship liveries, which had already been used in the United States for some years, were also allowed in international racing. Team Gunston was the first Formula One team to paint their cars in the livery of their sponsors when they entered a private Brabham for John Love, painted in the colours of Gunston cigarettes, in the 1968 South African Grand Prix. British Racing Green soon vanished from the cars of British private teams.

Although the old colour scheme was abandoned by the FIA for most racing disciplines in the 1970s, it is still informally used, especially by Italian, British and German automakers and teams that want to emphasise their racing traditions. Often, sponsorship agreements respect this, and the Rosso Corsa used by Scuderia Ferrari and Alfa Romeo and the "Silver Arrows" used by Mercedes have been in continuous use to the present day.

In recent years the traditional colours have resurfaced, such as the British racing green F1 Jaguar Racing cars and Aston Martin sports cars, and the white F1 BMW Sauber. Other German manufacturers like Mercedes-Benz and Audi (Auto Union) used silver paint when they returned to international racing in the 1990s. Many concept cars follow the old colour schemes, and most amateur racers prefer them as well.

The EFDA Nations Cup, running 1990-1998, was a one make racing series with around 20 national teams being represented.[1]

The annual A1 Grand Prix series of 2005-2009 featured national teams, driving identical cars with differing colour schemes. Initially, most schemes were based on the respective national flags;[2] some teams with different traditional sporting colours have since switched, including A1 Team Australia[3] and A1 Team India.[4] The old national racing colours were not so popular among these teams.

These have stuck as a pattern, and are common outside of international Grand Prix racing. 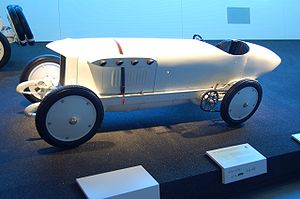 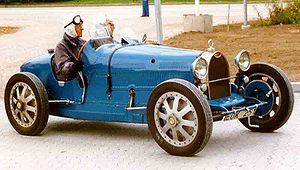 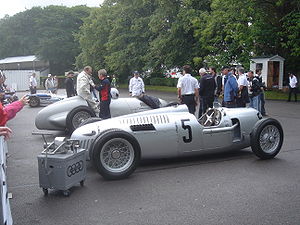 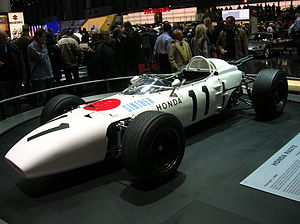 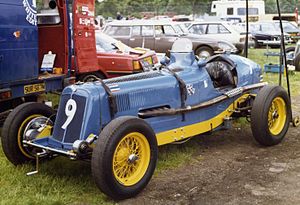 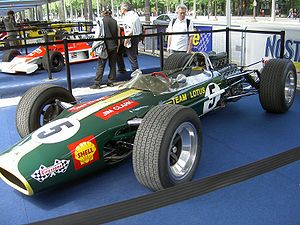 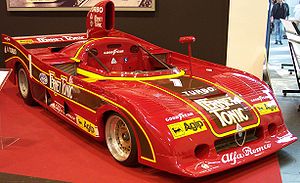 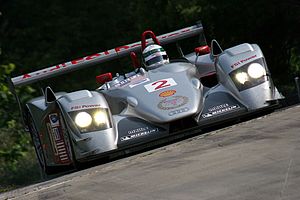 The following schemes have been adopted for various countries at various times:[6][7][8][9]