Susan Carol Alpert Davis (born April 13, 1944) is the U.S. Representative for California's 53rd congressional district, serving since 2001. She is a member of the Democratic Party. The district includes central and eastern portions of the city of San Diego, as well as eastern suburbs such as El Cajon, La Mesa, Spring Valley and Lemon Grove.[1]

Davis was born Susan Carol Alpert in Cambridge, Massachusetts, the daughter of Dorothy M. "Dora" (née Wexler) and Dr. George R. Alpert. All of her grandparents were Jewish immigrants from Russia.[2] She has spent most of her life in California. She graduated from the University of California, Berkeley where she was a member of Delta Phi Epsilon sorority.[3] She earned a master's degree in social work from the University of North Carolina at Chapel Hill. Her husband Steve Davis was a doctor in the Air Force during the Vietnam War. After returning to California, she became a social worker in San Diego.[4]

Davis was elected to the San Diego School Board in 1983. She served there until 1992, spending eight years of the time as president or vice president of the body. In 1994, she was elected to the California State Assembly, and was reelected in 1996 and 1998. In the Assembly, Davis chaired the Committee on Consumer Protection, Government Efficiency and Economic Development. She authored a state law giving women direct access to their OB/Gyn doctors without requiring a referral from their primary care physicians. 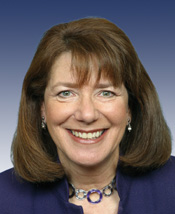 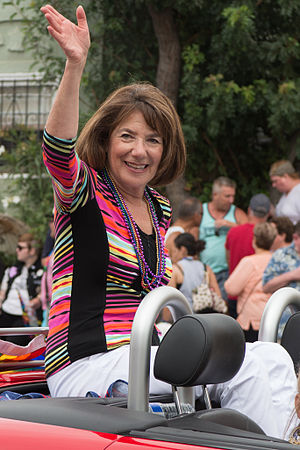 In 2000, Davis challenged three-term Republican incumbent Brian Bilbray in what was then the 49th District, winning with 50 percent of the vote. Her district was renumbered the 53rd District after the 2000 Census redistricting. She has been reelected six times without much difficulty. She is the first Democrat to represent what is now the 53rd district for more than one term in over half a century. The only other Democrat to represent this district since the Harry Truman administration, Lynn Schenk, was toppled by Bilbray in the 1994 Republican wave.

Davis has introduced a federal version of the California OB/Gyn law she authored at the start of every Congress since she was elected. Provisions of her OB/Gyn bill were included in the health care reform bill enacted into law.

In 2011, Davis voted for the National Defense Authorization Act for Fiscal Year 2012 as part of a controversial provision that allows the government and the military to indefinitely detain American citizens and others without trial.[5]

In 2012, Davis filed a lawsuit to recover over $150,000 in campaign funds from her former campaign treasurer, Kinde Durkee.[6] Durkee was later sentenced to eight years in prison for fraud after pleading guilty to stealing seven million dollars from more than fifty people.[7] 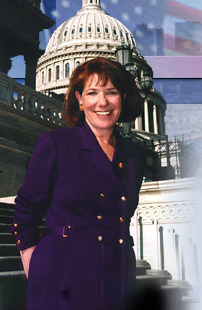 Davis and her husband Steve have two children and three grandchildren.