Criminal justice is the system of practices, and organizations, used by national and local governments, directed at maintaining social control, deterring and controlling crime, and sanctioning those who violate laws with criminal penalties and rehabilitation. The primary agencies charged with these responsibilities are law enforcement (police and prosecutors), courts, defense attorneys and local jails and prisons which administer the procedures for arrest, charging, adjudication and punishment of those found guilty. When processing the accused through the criminal justice system, government must keep within the framework of laws that protect individual rights. The pursuit of criminal justice is, like all forms of "justice", "fairness" or "process", essentially the pursuit of an ideal. Throughout history, criminal justice has taken on many different forms which often reflect the cultural mores of society.

The Kengir uprising was a prisoner uprising that took place in the Soviet prison labor camp Kengir in the spring of 1954. It was distinct from other Gulag uprisings in the same period in its duration and intensity. After the murder of some of their fellow prisoners by guards, Kengir inmates launched a rebellion and proceeded to seize the entire camp compound, holding it for weeks and creating a period of freedom for themselves unique in the history of the Gulag. This situation lasted for an unprecedented length of time and gave rise to a panoply of colourful and novel activity, including the democratic formation of a provisional government by the prisoners, prisoner marriages, the creation of indigenous religious ceremonies, a brief flowering of art and culture, and the waging of a large, relatively complex propaganda campaign against the erstwhile authorities. After 40 days of freedom within the camp walls, intermittent negotiation, and mutual preparation for violent conflict, the uprising was brutally suppressed by Soviet armed forces. The story of the uprising was first committed to history in The Gulag Archipelago, a nonfiction work by former-prisoner and Nobel Prize-winning Russian author Aleksandr Solzhenitsyn.
edit

Kilmainham Gaol (Irish: Príosún Chill Mhaighneann) is a former prison, located in Inchicore in Dublin, which is now a museum. It has been run since the mid-1980's by the Office of Public Works (O.P.W.), an Irish Government agency. Kilmainham Gaol has played an important part in Irish history, as many leaders of Irish rebellions were imprisoned and some executed in the jail. The jail has also been used as a set for several films. 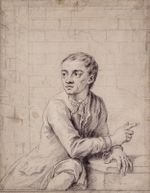 Jack Sheppard was a notorious English robber, burglar and thief of early 18th-century London. Born into a poor family, he was apprenticed as a carpenter but took to theft and burglary in 1723, with little more than a year of his training to complete. He was arrested and imprisoned five times in 1724 but escaped four times, making him a notorious public figure, and wildly popular with the poorer classes. Ultimately, he was caught, convicted, and hanged at Tyburn, ending his brief criminal career after less than two years. The inability of the noted "Thief-Taker General" (and thief) Jonathan Wild to control Sheppard, and injuries suffered by Wild at the hands of Sheppard's colleague, Joseph "Blueskin" Blake, led to Wild's downfall. Sheppard was as renowned for his attempts to escape justice as for his crimes. He returned to the public consciousness in around 1840, when William Harrison Ainsworth wrote a novel entitled Jack Sheppard, with illustrations by George Cruikshank. The popularity of his tale, and the fear that others would be drawn to emulate his behaviour, led the authorities to refuse to license any plays in London with "Jack Sheppard" in the title for forty years.
edit