The Province of Ragusa (Italian: Provincia di Ragusa; Sicilian: Pruvincia 'i Rausa) is a province in the autonomous region of Sicily in Italy, located in the south-east of the island. Its capital is the city of Ragusa, which is the most southerly provincial capital in Italy. 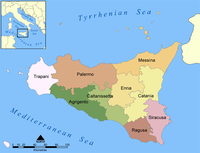 From Scoglitti to Pozzallo, the Ragusan coastline is approximately 85 kilometres (53 mi) long. Along the Ragusan coast are many fishing villages such as Kaukana, Punta Secca, Marina di Ragusa and Marina di Modica. The Hyblaean Mountains are dominating the north of the province and its highest peaks are Monte Lauro, Monte Casale and Monte Arcibessi. The rivers of the province are the Irminio, Dirillo and Ippari and the only lake in the province is the Lago di Santa Rosalia along the course of the Irminio river. The skyline of Ragusa is punctuated by the towers, domes and cupolas of the many exquisite churches for which the province is known. The area is mostly unspoilt, as during the 19th century and early 20th century there was large migration from Ragusa to the more prosperous areas of Italy and abroad.

Some of Ragusa province has changed dramatically over the last twenty years, largely due to tourism. However, many places in Ragusa remain untouched by the last two centuries, and the atmosphere of the 18th century still pervades them. Industries can be found in the towns of Ragusa and Pozzallo where are the two major industrial areas are located. The west and south of the province are mainly dedicated to the intensive farming in greenhouses and the local vegetables leave from the Market of Vittoria to be exported to all of Europe making the province of Ragusa one of the biggest producers of greenhouse produce. In the areas around Ragusa and Modica cattle farming is at the highest levels in the region for milk, dairy and meat production. Tourism seems to have now replaced the fishing industry as the principal source of employment along the coast. 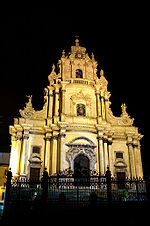 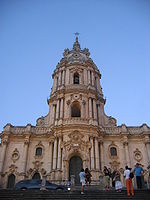 The cities of Ragusa, Modica and Scicli contain many examples of baroque architecture and from 2002 are part of the World Heritage. The main monuments are: