Golf Australia is the national sporting body that runs golf in Australia.

In women's golf, the ALPG Tour has operated since 1972. It became a member of the International Federation of PGA Tours in 2009 when that organisation expanded to include all of the major women's tours. In its most recent season, 2011–12, the tour consisted of 12 events. The two richest are respectively the Ladies Masters, held since 1990, and the Women's Australian Open, held since 1974. Both events are co-sanctioned with the Ladies European Tour, and since the 2012 edition, the Women's Australian Open has also been co-sanctioned by the U.S. LPGA Tour.

The Australian Amateur Championships for men and women is the premier amateur event in Australia. This tournament is also run by Golf Australia. 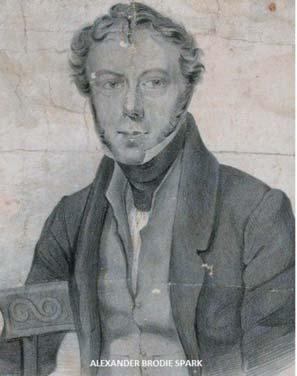 There are several claims for the earliest golf played in Australia. To date there is only one claim with reliable evidence. This primary source evidence comes from ten entries in 1839 in the diary of Alexander Brodie Spark.[1][2] These show that golf was played in 1839 at Grose Farm, which is now part of urban Sydney. Spark and his friends instituted the New South Wales Golf Club on the 1st of June 1839, but the Club and the golf at Grose Farm had very short lives and there is no connection to the current NSW Golf Club. Spark was a wealthy merchant, a well connected and well respected member of colonial society, and can be considered as a reliable witness. Golf at Grose Farm was strongly influenced by Royal Blackheath Golf Club in England. 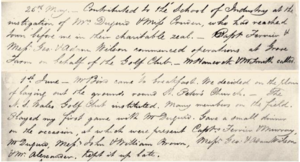 The NSW Golf Club (no connection to the present NSWGC) and Grose Farm are certainly the first golf club and first golf course in Australia. The oldest club and course still existing today are different matters. Determining the oldest course on the basis of evidence is very difficult and there is no consensus. The oldest surviving club is The Australian Golf Club in Sydney. The members met as an informal club in 1882/83 and the Club formally constituted in 1884. The Club lost its home course from 1888 to 1895. They may or may not have played elsewhere. They continued to exist as a legal entity by keeping their bank account open and in credit. When they resumed playing, at a new course in Queens Park, they played for the same trophies as in 1884. Their Cadogan Cup is the oldest golf trophy played for in Australia.

The Brassie, Australian Golf Heritage Society, February 2015. This may be downloaded from www.australiangolfheritage.org.au . It contains two well researched articles on early golf history in Australia.

Australians have won a total of 26 majors in men's and women's competition. Some notable players include: