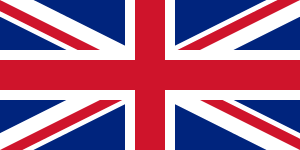 The Union Flag is one of the most potent symbols of Britishness.[1]

Britishness is the state or quality of being British,[2][3] or of embodying British characteristics,[3] and is used to refer to that which binds and distinguishes the British people and forms the basis of their unity and identity,[4] or to explain expressions of British culture—such as habits, behaviours, or symbols—that have a common, familiar or iconic quality readily identifiable with the United Kingdom.[5] Dialogue about the legitimacy and authenticity of Britishness is intrinsically tied with power relations and politics;[6] in terms of nationhood and belonging, expressing or recognising one's Britishness provokes a range of responses and attitudes, such as advocacy, indifference, or rejection.[6]

Although the term 'Britishness' only widely "sprung into political and academic prominence" in the late 20th century,[7] its origins lie with the formation of the Kingdom of Great Britain in 1707. Although Britishness was used to refer to Britons collectively as early as 1682,[3] historian Linda Colley asserts that it was after the Acts of Union 1707 that the citizens of Great Britain began to assume a "layered" identity—to think of themselves as simultaneously British but also Scottish, English, and/or Welsh.[8] In this formative period, Britishness was "closely bound up with Protestantism".[9] The Oxford English Dictionary Online dates the first known use of the term Britishness to refer to the state of being British to a June 1857 issue of Putnam's Monthly Magazine.[3]

Since the late 20th century, the exploration and proliferation of Britishness became directly associated with a desire to define, sustain or restore a homogeneous British identity or allegiance to Britain, prompting debate. For instance, the Life in the United Kingdom test—reported as a test of one's Britishness—has been described as controversial.[10] The UK Independence Party have asserted that Britishness is tied with inclusive civic nationalism,[11] whereas the Commission for Racial Equality reported that Scots, Welsh, Irish and ethnic minorities may feel quite divorced from Britishness because of white English dominance; Gwynfor Evans, a Welsh nationalist politician, said that "Britishness is a political synonym for Englishness which extends English culture over the Scots, Welsh, and the Irish".[12] Historians Graham Macphee and Prem Poddar state that Britishness and Englishness are invariably conflated as they are both tied to the identity of the British Empire and UK; slippage between the two words is common.[13] With regards to a proposed oath of allegiance for school leavers, historian David Starkey argued that it is impossible to teach Britishness because "a British nation doesn't exist".[14][15]

Gordon Brown, then Chancellor of the Exchequer, made a speech in 2006 to promote Britishness.[16] Brown's speech to the Fabian Society's Britishness Conference proposed that British values demand a new constitutional settlement and symbols to represent a modern patriotism, including a new youth community service scheme and a 'British Day' to celebrate.[17]

One of the central issues identified at the Fabian Society conference was how the English identity fits within the framework of a devolved UK. Does England require a new constitutional settlement for instance?[18]

Her Majesty's Government has sought to promote Britishness with the inaugural Veterans' Day (now called Armed Forces Day), first held on 27 June 2006. As well as celebrating the achievements of members of the armed forces, at the first event for the celebration Brown said:

Scots and people from the rest of the UK share the purpose—that Britain has something to say to the rest of the world about the values of freedom, democracy, and the dignity of the people that you stand up for. So at a time when people can talk about football and devolution and money, it is important that we also remember the values that we share in common.[19]

Critics have argued that Brown's sudden interest in the subject had more to do with countering English opposition to a Scottish Member of Parliament becoming Prime Minister.[20]

Not all people residing in England and the United Kingdom are white due to recent immigration from foreign countries. According to the 2011 census in England, around 85.4% of residents are white (British, Irish, other European), 7.8% Asian (mainly South Asian), 3.5% Black, 2.3% are of Mixed-race heritage, 0.4% Arab, and 0.6% identified as Other ethnicity, with a significantly higher ethnic minority population in large cities such as London.

A survey conducted in 2007 found that the majority of people in many non-white ethnic groups living in Great Britain described their national identity as British, English, Scottish or Welsh. This included almost nine in ten (87%) of people with mixed heritage, 85% of Black Caribbean people, 80% of Pakistanis and 78% of Bangladeshis. Non-whites were more likely to describe themselves as British than whites. One-third of people from the White British group described themselves as British; the remaining two third of respondents identified themselves as English, Welsh, or Scottish.[22]

A study conducted for the Commission for Racial Equality (CRE) in 2005 found that, in England, the majority of ethnic minority participants identified primarily as British, whereas white English participants identified as English first and British second. In Wales and Scotland, the majority of both white and ethnic minority participants identified as Welsh or Scottish first and British second, although they saw no incompatibility between the two identities.[23] Other research conducted for the CRE found that white participants felt that there was a threat to Britishness from large-scale immigration, the "unfair" claims that they perceived ethnic minorities made on the welfare state, a rise in moral pluralism, and political correctness. Much of this frustration was found to be targeted at Muslims rather than minorities in general. Muslim participants in the study reported feeling victimised and stated that they felt that they were being asked to choose between Muslim and British identities, whereas they saw it possible to be both at the same time.[24]

Within the United Kingdom

The Scottish National Party MSP and Cabinet Secretary for Justice, Kenny MacAskill gave the following submission to the UK Parliament's Joint Committee on Human Rights in March 2008 discussing a British Bill of Rights:

What is meant by Britishness? Is there a concept of Britishness? Yes, just as there is a concept of being Scandinavian. We eat fish and chips, we eat chicken masala, we watch EastEnders. Are [the SNP] British? No, we are not. We consider ourselves Scottish.[29]

In a 1998 poll, 37% of Scottish National Party voters stated themselves to be "Scottish, not British", the rest demonstrating some form of British identity, with the most popular choice being "More Scottish than British" (41%).[30] This conclusion was again put forward in 2002, with similar figures cited.[31] However, the British Social Attitudes Survey of 2007 found that only 21% of Scots saw themselves as 'Equally Scottish and British', with less than half choosing British as a secondary identity.[32] The report concluded that 73% of respondents saw themselves as 'only' or 'mainly' Scottish.[32]