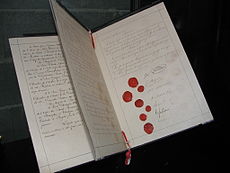 International law is the set of rules generally regarded and accepted as binding in relations between states and between nations.[1][2] It serves as a framework for the practice of stable and organized international relations.[3] International law differs from state-based legal systems in that it is primarily applicable to countries rather than to private citizens. National law may become international law when treaties delegate national jurisdiction to supranational tribunals such as the European Court of Human Rights or the International Criminal Court. Treaties such as the Geneva Conventions may require national law to conform to respective parts.

The two traditional branches of international law are: 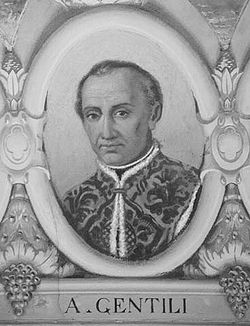 The sources have been influenced by a range of political and legal theories. During the 20th century, it was recognized by legal positivists that a sovereign state could limit its authority to act by consenting to an agreement according to the principle pacta sunt servanda. This consensual view of international law was reflected in the 1920 Statute of the Permanent Court of International Justice, which was succeeded by the United Nations Charter and is preserved in the United Nations Article 7 of the 1946 Statute of the International Court of Justice.[12]

Article 13 of the United Nations Charter obligates the UN General Assembly to initiate studies and make recommendations which encourage the progressive development of international law and its codification. Evidence of consensus or state practice can sometimes be derived from intergovernmental resolutions or academic and expert legal opinions (sometimes collectively termed soft law).

Conflict of laws, often called "private international law" in civil law jurisdictions, is distinguished from public international law because it governs conflicts between private persons rather than states (or other international bodies with standing). It concerns the questions of which jurisdiction should be permitted to hear a legal dispute between private parties, and which jurisdiction's law should be applied, therefore raising issues of international law. Today corporations are increasingly capable of shifting capital and labor supply chains across borders, as well as trading with overseas corporations. This increases the number of disputes of an inter-state nature outside a unified legal framework, and raises issues of the enforceability of standard practices. Increasing numbers of businesses use commercial arbitration under the New York Convention 1958.

Systems of "supranational law" arise when nations explicitly cede their right to make certain judicial decisions to a common tribunal.[13] The decisions of the common tribunal are directly effective in each party nation, and have priority over decisions taken by national courts.[14] The European Union is an example of an international treaty organization which implements a supranational legal framework, with the European Court of Justice having supremacy over all member-nation courts in matter of European Union law.

There were ambitions to make the East African Community, consisting of Kenya, Tanzania, Uganda, Burundi and Rwanda, a political federation with its own form of binding supranational law, but this effort has not materialized.

The Union of South American Nations serves the South American continent. It intends to establish a framework akin to the European Union by the end of 2019. It is envisaged to have its own passport and currency, and limit barriers to trade.

The Andean Community of Nations is the first attempt to integrate the countries of the Andes Mountains in South America. It started with the Cartagena Agreement of 26 May 1969, and consists of four countries: Bolivia, Colombia, Ecuador and Peru. The Andean Community follows supranational laws, called Agreements, which are mandatory for these countries.