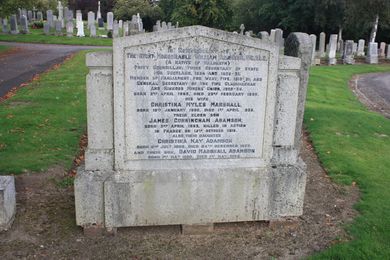 William Adamson (2 April 1863 – 23 February 1936) was a Scottish trade unionist and Labour politician. He was Leader of the Labour Party between 1917 and 1921 and served as Secretary of State for Scotland in 1924 and between 1929 and 1931 in the first two Labour administrations headed by Ramsay MacDonald.

Adamson was born in Dunfermline, Fife, and was educated at a local dame school. He worked as a miner in Fife where he became involved with the National Union of Mineworkers. Between 1902 and 1908 he was Assistant Secretary of the Fife and Kinross Miners' Association,[1] and he thereafter served as its General Secretary.[2]

However, he split with MacDonald after the formation of the National Government. Adamson lost his seat in the 1931 election which he contested for Labour against MacDonald's coalition.[1] He stood again in the 1935 election but again failed to take the seat, losing on this occasion to William Gallacher of the Communist Party of Great Britain.[citation needed]

Adamson was father of William Murdoch Adamson and, through him, father-in-law of Jennie Adamson, both Labour MPs.[8] He died in February 1936, aged 72. He is buried in Dunfermline Cemetery, just north of the roundel at the end of the entrance avenue.