The Danish Realm consists of three constituent parts, each part often referred to as a country:

However, this terminology is not consistent. The Faroes are also referred to as a "self-governing territory" or similar by (e.g.) the Prime Minister of the Faroe Islands[3] and the Royal Danish Ministry of Foreign Affairs.[4] In the Danish/Faroese act of 2005 (Act on the Faroese authorities acquisition of affairs and fields / (Danish) Lov om de færøske myndigheders overtagelse af sager og sagsområder) the Faroese government is referred to as an equal partner to the Danish government.[5][6]

In 2004, the French overseas collectivity of French Polynesia was legally designated as a pays d'outre-mer au sein de la République,[7] translated as an "overseas country inside the Republic".[8] The Constitutional Council of France ruled that this was merely a change of appellation and did not represent a constitutional change in legal status.[9]

Main article: Kingdom of the Netherlands

Since 10 October 2010, the Kingdom of the Netherlands consists of four countries:[10]

Each is expressly designated as a land in Dutch law by the Charter for the Kingdom of the Netherlands.[11] Unlike the German Länder and the Austrian Bundesländer, landen is consistently translated as "countries" by the Dutch government.[12][13][14]

The Realm of New Zealand consists of three parts usually referred to as countries:

However, the Constitutions of the Cook Islands[18] and of Niue[19] do not describe either as a country, nor do the New Zealand Acts which brought those constitutions into force.[20][21]

The United Kingdom is generally described as comprising four countries:[22]

The United Kingdom itself is a unitary state and not four countries in personal union but came about by the union of four countries. Wales was incorporated into the kingdom of England in 1542, the kingdoms of England and Scotland united in 1707, and the kingdom of Ireland united with them in 1801. Northern Ireland was created when Ireland was partitioned in 1921. Northern Ireland remained in the United Kingdom, whereas the rest (now the Republic of Ireland) left.

Although the term country is usually applied uncontroversially to England, Scotland and Wales, Northern Ireland is often described using other terms, such as "region" or "province".[23][24][25] For example, ISO 3166-2:GB defines the UK as being made up of three countries (England, Scotland, Wales) and one province (Northern Ireland).[26]

At sporting events such as rugby union, an alternative title, Home Nations, is used, which in these contexts sometimes includes Ireland as a whole.

China does not have any specified constituencies, but it contains the Special Administrative Regions of Hong Kong and Macau, both of which have separate governments from the national government. This political arrangement is sometimes called "one country, two systems".

According to its constitution the Soviet Union was a union of freely associated Soviet Socialist Republics; in reality, for most of its lifespan the USSR was a strongly centralized state.

The annexation of the Baltic republics in 1940 was considered as an illegal occupation and never recognized by the majority of the international community.[27][28][29] The Soviet Union officially recognized their secession on September 6, 1991, prior to its final dissolution.

The Socialist Federal Republic of Yugoslavia was divided into six Constituent Socialist Republics, along with two self autonomous Provinces within Serbia. 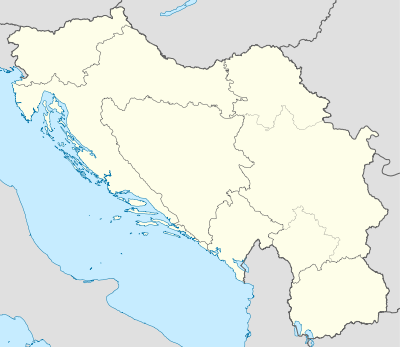