Since 1890, the most senior senator in the majority party has generally been chosen to be president pro tempore and holds the office continuously until the election of another. This tradition has been observed without interruption since 1949.[5] Since enactment of the current Presidential Succession Act in 1947, the president pro tempore is third in the line of succession to the presidency, after the vice president and the Speaker of the House of Representatives and ahead of the Secretary of State.[6]

The current President pro tempore of the Senate is Utah Republican Orrin Hatch. Elected on January 6, 2015, he is the 90th person to serve in this office.

The office of president pro tempore is created by Article I, Section 3 of the Constitution:[7]

The Senate shall choose their other Officers, and also a President pro tempore, in the absence of the Vice President, or when he shall exercise the Office of President of the United States.

File:Benjamin F Wade - Brady-Handy.jpg
Benjamin Wade came within one vote of being the first president pro tempore to succeed to the presidency after the impeachment trial of Andrew Johnson in 1868.

On 3 occasions during the 19th century, the Senate was without both a president and a president pro tempore:

William P. Frye served as President pro tempore from 1896 to 1911 (54th–62nd Congress, a tenure longer than anyone else. He resigned from the position due to ill health a couple of months before his death. Electing his successor proved difficult, as Senate Republicans, then in the majority, were split between progressive and conservative factions, each promoting its own candidate. Likewise, the Democrats proposed their own candidate. As a result of this three-way split, no individual received a majority vote. It took four months for a compromise solution to emerge: Democrat Augustus Bacon would serve for a single day, August 14, 1911, during the vice president's absence. Thereafter, Bacon and four Republicans——Charles Curtis, Jacob Gallinger, Henry Cabot Lodge, and Frank Brandegee—would alternate as president pro tempore for the remainder of the Congress.[8]

In January 1945, the 79th Congress, elected Kenneth McKellar, who at the time was the Senator with the longest continuous service, to be President pro tempore. Since then, it has become customary for the majority party's senior member to hold this position. Arthur Vandenberg (in 1947–1949) was the last president pro tempore not to be the senior member of the majority party, aside from the single day accorded Milton Young (in December 1980), who was the retiring senior member of the Republican Party, which would hold the majority in the incoming 97th Congress.[5] 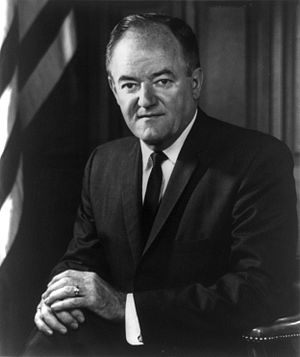 The post is largely honorary and ceremonial, but comes with a salary increase. By statute, the compensation granted to the position holder equals the rate of annual compensation paid to the president pro tempore, majority leader, and minority leader. (See 2 U.S.C. § 6112.)[9] 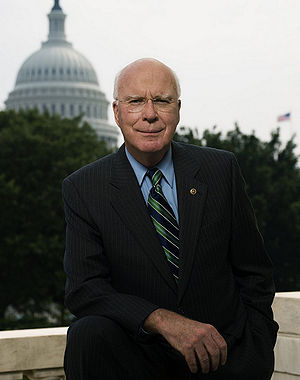 The office's accompanying budget increase was removed toward the end of the 113th Congress, shortly before Patrick Leahy was to become the first holder of the title in six years. Quoted in CQ Roll Call, Leahy commented, "They didn't keep their commitment. They want to treat us differently than we treated them, and so they've got that right. It seems kind of petty, but it really doesn't matter to me. I've got plenty of funding, plenty of good staff."[17]