From Infogalactic: the planetary knowledge core
Jump to: navigation, search
This article is about the city in Sweden. For other uses, see Uppsala (disambiguation).

listen); older spelling Upsala) is the capital of Uppsala County and the fourth largest city of Sweden, after Stockholm, Gothenburg and Malmö. It had 140,454 inhabitants in 2010.[1]

Located 71 km (44 mi) north of the capital Stockholm, it is also the seat of Uppsala Municipality. Since 1164, Uppsala has been the ecclesiastical centre of Sweden, being the seat of the Archbishop of the Church of Sweden. Founded in 1477, Uppsala University is the oldest centre of higher education in Scandinavia. 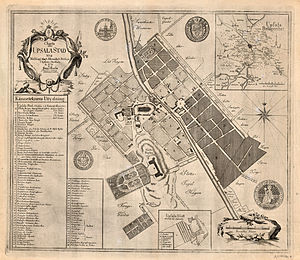 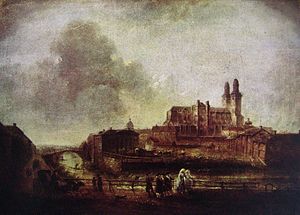 Uppsala in the 18th century

Uppsala was originally located a few kilometres north of its current location at a place now known as Gamla Uppsala (Old Uppsala). Today's Uppsala was then called Östra Aros. (Old) Uppsala was, according to medieval writer Adam of Bremen, the main pagan centre of Sweden, and the Temple at Uppsala contained magnificent idols of the Norse gods.[2][3] The Fyrisvellir plains along the river south of Old Uppsala, in the area where the modern city is situated today, was the site of the Battle of Fyrisvellir in the 980s.

As a replacement for the Scandinavian gods, Uppsala was made into a strong Christian centre. A bishop was soon consecrated, and in 1164 Uppsala was made into an archdiocese, with Stefan, a monk from Alvastra Abbey, being consecrated the first Archbishop of Uppsala and primate of Sweden. The present-day Uppsala was at that time known as Östra Aros and was a port town of Gamla Uppsala. In 1160, King Eric Jedvardsson was attacked and killed outside the church of Östra Aros, and later became venerated as a saint in the Catholic Church. In 1274, Östra Aros overtook Gamla Uppsala as the main regional centre, and when the cathedral of Gamla Uppsala burnt down, the archbishopric and the relics of Saint Eric were moved to Östra Aros, where the impressive Uppsala Cathedral was erected; it was inaugurated in 1435. The cathedral is built in the Gothic style and is one of the largest in northern Europe, with towers reaching 118.70 metres (389.4 ft).

The city is the site of the oldest university in Scandinavia, founded in 1477 where Carolus Linnaeus, one of the renowned scholars of Uppsala University, lived for many years; both his house and garden can still be visited. Uppsala is also the site of the 16th century Uppsala Castle.[4] The city was severely damaged by a fire in 1702. Historical and cultural treasures were also lost, as in many Swedish cities, from demolitions during the 1960s and 1970s, but many historic buildings remain, especially in the western part of the city. The arms bearing the lion can be traced to 1737 and have been modernized several times, most recently in 1986. The meaning of the lion is uncertain but is likely connected to the royal lion, also depicted on the Coat of Arms of Sweden. 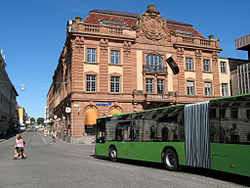 Stora Torget (town square), the building in the background is the Nordbankshuset

Situated on the fertile Uppsala flatlands of muddy soil, the city features the small Fyris River (Fyrisån) flowing through the landscape surrounded by lush vegetation. Parallel to the river runs the glacial ridge of Uppsalaåsen at an elevation of circa 30 metres, the site of Uppsala's castle, from which large parts of the town can be seen. The central park Stadsskogen (literally "The Town Forest") stretches from the south far into town, with opportunities for recreation for many residential areas within walking distance.

Only some 70 km (43 mi) or 40 minutes by train from the capital, many Uppsala residents work in Stockholm. The train to Stockholm-Arlanda Airport takes only 17 minutes, rendering the city easily accessible by air.

The commercial centre of Uppsala is quite compact. The city has a distinct town and gown divide with clergy, royalty and academia historically residing on the river's western shore, somewhat separated from the rest of the city, and the ensemble of cathedral, castle and university buildings has remained mostly undisturbed until today. While some beautiful buildings remain on the periphery of the central core, retail commercial activity is geographically focused on a small number of blocks around the pedestrianized streets and main square on the eastern side of the river, an area that was subject to a large-scale metamorphosis during the economically booming years in the 1960s in particular. During recent decades, a significant part of retail commercial activity has shifted to shopping malls and stores situated in the outskirts of the city. Meanwhile, the built-up areas have expanded greatly, and some suburbanization has taken place.

Uppsala lies on the 59th parallel north and has a humid continental climate, with cold winters and warm summers. Due to its northerly location, Uppsala experiences over 18 hours of visible sunshine during the summer solstice, and under six hours of sunshine during the winter solstice. Even though Uppsala lies so far north on the globe, the winter is not as cold as other cities on similar latitudes, mainly due to the Gulf Stream. For example, in January Uppsala has a daily mean of -2.7 °C (27.1 °F). In Canada, at the same latitude, Fort Smith experiences a daily mean of -22.4 °C (-8.3 °F).

The climate table below presents weather data from the years 1981-2010. According to ongoing measurements, the temperature has increased during the years 1981-2010 as compared with the 1951-1980 series. This increase is on an annual basis around 0.9 °C. Warming is most pronounced during the winter and spring months. January, February and March are the months that has had the most pronouncing increase in temperature, with each month increasing 1.5 °C or more. The only month that didn’t get warmer is June, which got 0.3 °C colder. During the 20th century Uppsala has warmed drastically, especially the winter months. If compared to the period 1861-1890, the annual increase in temperature is 1.8 °C. March is the month with the biggest increase, where the temperature has increased more than 3 °C since the latter parts of the 19th century.

Winter normally arrives in late November, and last until the middle of March when spring arrives. Summer usually arrives in the middle of May, and last until late September when autumn arrives.[6] Precipitation is most common between June and November, in all these months it falls 50 mm (2.0 in) or more on average. August receives most precipitation with 74 mm (2.9 in). Between January and May precipitation levels fall a bit, with all months receiving less than 40 mm (1.6 in) on average. Annual precipitation is 576 mm (22.6 in). Rainfall can occur all year round, although it is less common in January and February. Snowfall mainly occurs between November and March. Snowfall in October and April can happen from time to time, but not every year. During the night between 30 April and 1 May 2014 it fell approximately 15 cm (5.9 in) of snow in Uppsala, the first recorded snowfall in May since 1981.

Today Uppsala is well established in medical research and recognized for its leading position in biotechnology. 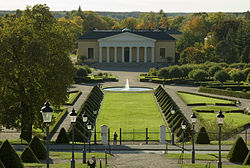 The Botanical Garden at Uppsala Castle.

The Fyris river (Fyrisån) neatly divides the city into two different parts: the historic quarter to the west of the river and the modern administrative, residential and commercial city centre to the east. Most of the historical sights and university buildings are in the western part, with a medieval street layout, river views and parks and dominated by the cathedral.

The most outstanding building in Uppsala is the Domkyrka (Uppsala Cathedral), Scandinavia's largest church building (118.70 m (389.44 ft) high). Together with Uppsala Castle it has dominated Uppsala's skyline since its construction in the 13th century and can be seen from a long distance outside the city, other tall buildings being rare.

Facing the west end of the cathedral is the Gustavianum, built in 1625 to be the main building of the University, and served as such through most of the 19th century. It contains the Museum of Nordic Antiquities, the Victoria Museum (of Egyptian antiquities) and the University's cultural history collections. It also houses a perfectly preserved 17th-century anatomical theatre (used in its time for public dissections). Next to Gustavianum is the 18th century Archbishop's Palace, the official residence of the Lutheran Archbishop of Uppsala and the primate of the Church of Sweden.

Across the street from the Gustavianum in the University Park stands the University Hall, erected in 1879–86 in Italian renaissance style. The Uppsala University Coin Cabinet is located in the university main building. 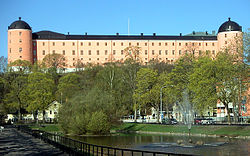 Not far from the University stands the Uppsala University Library (Carolina Rediviva), the largest library in Sweden, with over 5 million volumes and some 60,000 manuscripts. The building was built in 1820–41.

On a circa 35-metre high hill to the southwest of the University Library stands Uppsala Castle. Its construction was initiated in 1549 by King Gustav Vasa, founder of the Vasa royal dynasty. Today the castle holds several museums, among them the regional art museum, and is the residence of the Uppsala County Governor (landshövding).

There are several botanical museums in Uppsala related to the world-famous 18th century botanist and zoologist Carl Linnaeus; the Botanic Garden next to the castle, the Linnaean Garden in the city centre, and Linnaeus Hammarby, Linnaeus' summer house in the countryside village of Danmarks Hammarby south of the city.

5 kilometres (3 miles) north of Uppsala city lies Gamla Uppsala (Old Uppsala), the location of the pre-Christian settlement of Uppsala which later provided the new name for the medieval settlement further south. There are few remains, with the exception of several huge burial mounds of pre-Christian monarchs and the previous cathedral from 1164 A.D., traditionally said to be built over the old heathen temple (and recent archaeological investigations seems to support this notion). The site was a major religious centre in Scandinavia in pre-Christian times. After the old cathedral church burned down around 1240 it was only partially restored to a more modest size as it no longer was the seat of the Archbishop.[9] The Gamla Uppsala Museum exhibits archeological finds made during excavations in Gamla Uppsala and related finds from other parts of Uppland, as well as exhibitions on the history of the site itself.

The largest arena in Uppsala is Fyrishov and is Sweden's fourth most visited, specialized in swimming, sports events, meetings and recreation. The facility includes areas for indoor sports, summer sport and a generous waterpark with waterslides, 50-meter pool, training pool, relaxation area and a large outdoor swimming pool. Accommodation is offered at the Fyrishov cabin area, and at the resort restaurants a good lunch or dinner can be enjoyed. Fyrishov AB's business also includes the operation of Gottsundabadet in which there is a 25-metre pool, a 10-metre children's pool and gym. The entire facility is open all year round and a large number of meetings and various events are held here annually.

In addition to activities within the arena Fyrishov AB runs Tävlingsstaden Uppsala in a collaboration between the sports organizers, Fyrishov AB, Uppsala, Uppsala Tourism and hotel business. Co-founded in 2006 by Fyrishov AB under the name SM-town Uppsala in 2007 but was expanded to include international events and competitions at high national level. The project aims to develop Uppsala, a leading sports town in Sweden. In 2009 there were 24 SM-competitions and major national and international competitions in Uppsala.

One of the most classical sports events, the Swedish bandy champions final, has taken place at Studenternas IP since 1991. It usually attracts a spectator crowd of more than 20,000.[10]

Once every year, the Uppsala Union of Science and Engineering Students arrange a river rafting in the Fyris river with rafts built from styrofoam.

Other sports clubs located in Uppsala include: 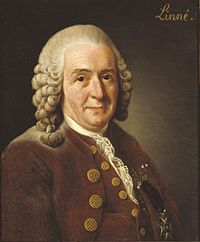 Christine Daaé in Gaston Leroux's The Phantom of the Opera was born in Uppsala.

In Stieg Larsson's novel The Girl With the Dragon Tattoo, Richard, Harald, and Greger Vanger attend university in Uppsala where they form Nazi affiliations.

In the History Channel's Canadian-Irish TV series Vikings, Uppsala is visited by Ragnar Lothbrok and his entourage to worship the Aesir Gods and offer a human sacrifice to appease them. In that visit Lothbrok meets Uppsala's King Horik.

In Brad Thor's novel Full Black, Scot Harvath leads a black-ops team in Uppsala to gain intelligence and capture the leader of a terrorist cell.