This is a list of islands of England, as well as a table of the largest English islands by area and by population. 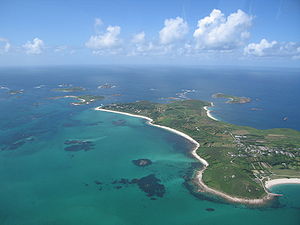 St Martin's, The Isles of Scilly 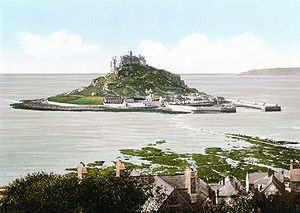 To group islands by geographical region, sort the table by "Island Group/Location" (click the icon by the column heading).

There are numerous islands within freshwater lakes and rivers in England. They are most numerous in the Lake District but other concentrations occur within the Norfolk Broads, some major reservoirs and principal rivers.

In the Lake District

To group islands by lake, sort the table by "Lake" (click the icon by the column heading).

In the River Thames

See: Islands in the River Thames

To group islands by location, sort the table by "Location" (click the icon by the column heading). 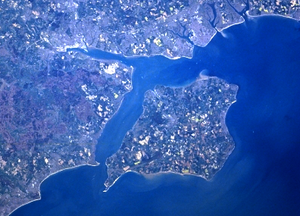 The Isle of Wight, with Portsea Island also visible in the top right 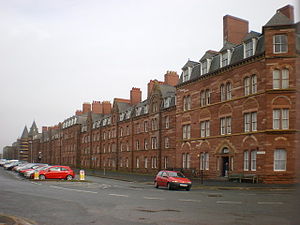 Places called "island" or "isle" which are not islands

Some places in the British Isles are called islands or isles, but are not. Some of these were formerly islands surrounded by marshland. Others are peninsulas or just coastal settlements. They include: