Anatole France (French: [anatɔl fʁɑ̃s]; born François-Anatole Thibault, [frɑ̃swa anatɔl tibo]; 16 April 1844 – 12 October 1924) was a French poet, journalist, and successful novelist with several best-sellers. Ironic and skeptical, he was considered in his day the ideal French man of letters. He was a member of the Académie française, and won the 1921 Nobel Prize in Literature "in recognition of his brilliant literary achievements, characterized as they are by a nobility of style, a profound human sympathy, grace, and a true Gallic temperament".

France is also widely believed to be the model for narrator Marcel's literary idol Bergotte in Marcel Proust's In Search of Lost Time.[1]

The son of a bookseller, France spent most of his life around books and was a bibliophile.[2] His father's bookstore, called the Librairie France, specialized in books and papers on the French Revolution and was frequented by many notable writers and scholars of the day. France studied at the Collège Stanislas, a private Catholic school, and after graduation he helped his father by working in his bookstore. After several years he secured the position of cataloguer at Bacheline-Deflorenne and at Lemerre. In 1876 he was appointed librarian for the French Senate.

Anatole France began his literary career as a poet and a journalist. In 1869, Le Parnasse Contemporain published one of his poems, "La Part de Madeleine". In 1875, he sat on the committee which was in charge of the third Parnasse Contemporain compilation. As a journalist, from 1867, he wrote many articles and notices. He became famous with the novel Le Crime de Sylvestre Bonnard (1881). Its protagonist, skeptical old scholar Sylvester Bonnard, embodied France's own personality. The novel was praised for its elegant prose and won him a prize from the Académie française.

In La Rotisserie de la Reine Pedauque (1893) Anatole France ridiculed belief in the occult; and in Les Opinions de Jérôme Coignard (1893), France captured the atmosphere of the fin de siècle. France was elected to the Académie française in 1896.

Anatole France took an important part in the Dreyfus affair. He signed Émile Zola's manifesto supporting Alfred Dreyfus, a Jewish army officer who had been falsely convicted of espionage. France wrote about the affair in his 1901 novel Monsieur Bergeret.

France's later works include L'Île des Pingouins (Penguin Island, 1908) which satirizes human nature by depicting the transformation of penguins into humans – after the animals have been baptized by mistake by the nearsighted Abbot Mael. It is a satirical history of France, starting in Medieval times, going on to the writer's own time with special attention to the Dreyfus Affair and concluding with a dystopian future. Les dieux ont soif (The Gods Are Athirst, 1912) is a novel, set in Paris during the French Revolution, about a true-believing follower of Maximilien Robespierre and his contribution to the bloody events of the Reign of Terror of 1793–94. It is a wake-up call against political and ideological fanaticism and explores various other philosophical approaches to the events of the time. La Revolte des Anges (Revolt of the Angels, 1914) is often considered Anatole France's most profound and ironic novel. Loosely based on the Christian understanding of the War in Heaven, it tells the story of Arcade, the guardian angel of Maurice d'Esparvieu. Bored because Bishop d'Esparvieu is sinless, Arcade begins reading the bishop's books on theology and becomes an atheist. He moves to Paris, meets a woman, falls in love, and loses his virginity causing his wings to fall off, joins the revolutionary movement of angels, and meets the Devil, who realizes that if he overthrew God, he would become just like God. Arcade realizes that replacing God with another is meaningless unless "in ourselves and in ourselves alone we attack and destroy Ialdabaoth." "Ialdabaoth," according to France, is God's secret name and means "the child who wanders."

He was awarded the Nobel Prize in 1921. He died in 1924 and is buried in the Neuilly-sur-Seine community cemetery near Paris.

On 31 May 1922, France's entire works were put on the Index Librorum Prohibitorum (Prohibited Books Index) of the Catholic Church.[3] He regarded this as a "distinction".[4] This Index was abolished in 1966.

In 1877, Anatole France married Valérie Guérin de Sauville, a granddaughter of Jean-Urbain Guérin a miniaturist who painted Louis XVI,[5] and with whom he had a daughter, Suzanne, in 1881 (dec. 1918). France's relations with women were always turbulent, and in 1888 he began a relationship with Madame Arman de Caillavet, who conducted a celebrated literary salon of the Third Republic; the affair lasted until shortly before her death in 1910.[5] After his divorce in 1893, he had many liaisons, notably with Mme Gagey, who committed suicide in 1911.[6] France married again in 1920, to Emma Laprévotte.[7]

Politically, France was a socialist and an outspoken supporter of the 1917 Russian Revolution. In 1920, he gave his support to the newly founded French Communist Party.[8]

France was an atheist.[9]

France was also documented to have a brain size just three-quarters the average weight.[10]

After his death in 1924 France was the object of written attacks, including a particularly venomous one from the Nazi collaborator Pierre Drieu La Rochelle, and detractors decided he was a vulgar and derivative writer. An admirer, the English writer George Orwell, defended him however and declared that he remained very readable, and that "it is unquestionable that he was attacked partly from political motive."[11] 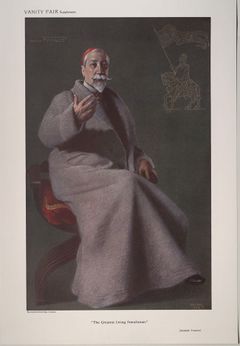 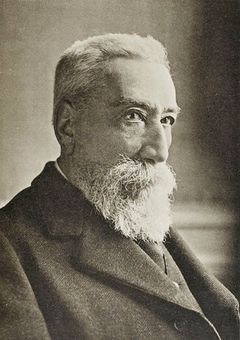