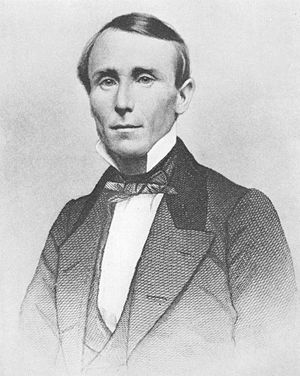 Filibuster William Walker launched several expeditions into Latin America. For a time he ruled Nicaragua, although he was eventually forced to return to the United States. In 1860, he was captured and executed in Honduras.

A filibuster or freebooter, in the context of foreign policy, is someone who engages in an (at least nominally) unauthorized military expedition into a foreign country or territory to foment or support a revolution. The term is usually used to describe United States citizens who fomented insurrections in Latin America in the mid-19th century (Texas, California, Cuba, Nicaragua, Colombia), but is also applicable in the modern day. Filibuster expeditions have also occasionally been used as cover for government approved deniable operations (see also False flag). A notable late 20th Century example of this would be the Argentinian 'scrap metal merchants' who landed on South Georgia at the outset of the Falklands War.

Filibusters are irregular soldiers who (normally) act without official authority from their own government, and are generally motivated by financial gain, political ideology, or the thrill of adventure. The freewheeling actions of the filibusters of the 1850s led to the name being applied figuratively to the political act of filibustering in the United States Congress.[1]

The English term "filibuster" derives from the Spanish filibustero, itself deriving originally from the Dutch vrijbuiter, "privateer, pirate, robber" (also the root of English "freebooter"[3]). The Spanish form entered the English language in the 1850s, as applied to military adventurers from the United States then operating in Central America and the Spanish West Indies.[4]

The Spanish term was first applied to persons raiding Spanish colonies and ships in the West Indies, the most famous of whom was Sir Francis Drake with his 1573 raid on Nombre de Dios. With the end of the era of Caribbean piracy in the early 18th century the term fell out of general currency.[citation needed]

The term filibuster was revived in the mid-19th century to describe the actions of adventurers who tried to take control of various Caribbean, Mexican, and Central-American territories by force of arms. In Sonora, there were the French Marquis Charles de Pindray and Count Gaston de Raousset-Boulbon and the Americans Joseph C. Morehead and Henry Alexander Crabb. The three most prominent filibusters of that era were Narciso López and John Quitman in Cuba and William Walker in Baja California, Sonora, and lastly Nicaragua. The term first returned to American parlance when used to refer to the Cuban expeditions of Narciso Lopez in 1851.[5][6]

Battle of San Jacinto in Nicaragua in 1856

Noted Southern partisan and Golden Knight George Fitzhugh best articulated the ideological base for what has become known as “filibustering” or “filibusterism” when he wrote the following diatribe in De Bow’s Review in December 1858:

"For nearly forty years Mexico has been in a state of continually recurring revolution, of misrule, and almost anarchy. She has shown that, left to herself, she is wholly incapable of organizing and sustaining any permanent form of government. Her highways are infested with robbers, whose known crimes, so far from being punished by public authority, do not affect their social grade, nor exclude them from what is called good society, in their capital. The Indians on her northern frontier are making continual predatory incursions into her territory, and she is powerless to repel them. Her mixed population has all the vices of civilization, with none of its virtues; all the ignorance of barbarism, with none of its hardihood, enterprise, and self-reliance. It is enervate, effeminate, treacherous, false, and fickle. Like the savage and beasts of the forest, its love of liberty is but impatience of control, and hatred of law and government.… Should America, regardless of her interest, her safety, her glory, fail to intervene, France or England will step to avert the sad catastrophe that would celebrate its carnival of blood in the streets of Montezuma…. Yes, should America under the lead or paralysis...of Northern abolitionism, socialism, and black republicanism, fail in her duty...forgetful of the Monroe Doctrine….England will see to it that no war-whoop disturbs the slumbers of the imperial city….Mexico cannot stand alone. She must become a dependent tributary of some distant European nation, who would not govern her well, because it could not govern her understandingly, or be annexed to our Union, and become a group of free and independent [i.e., slave-choice] states, with all the rights, liberties, and privileges of the now existing states. Looking to the mighty benefits resulting to the human race from the annexations of ours, made at comparatively little expense of blood or treasure, can we doubt that there is a 'manifest destiny,' the finger of Providence in this (so called) filibustering movement of America? After effecting so much good, shall we cease from our labors while so much remains to be done? Shall we be deterred by the epithet of filibustering, or the cant, fanaticism, and mistaken or pretended philanthropy of a part of the North?…. Unless we can command all the convenient transit across the Isthmus to California and Oregon, [Mexico and Central America] will annex themselves [to Britain or France.... Filibustering, whether by nations or individuals, is not like avarice—selfish, sordid, and narrow—but has always public good for its object. It proceeds from ambition; and ambition, rightly directed, is the noblest of human passions. It sacrifices, very often, all the endearments of home and country, encounters privation and suffering, and perils health and life, to benefit country or mankind, as asks only reputation and fame as its pay and recompense. It warms the missionary’s zeal, impels him to deeds of greater daring than a soldier ever undertook, carries him into midst of cannibal savages, where the foot of the white man has never before trodden…

The learned, accomplished, and pious bishop of the Virginia diocese, maintains that the Negro slave-trade, and slavery in America, were means and agencies intended and provided by Deity to civilize and Christianize the blacks. This surely was filibustering; but the most needful of filibustering; for modern experience has demonstrated it to be the only means sufficiently coercive to civilize and Christianize the Negro...

It is time to define what we mean by the term 'filibustering.' [viz.:] 'Wars of conquest waged by the strong against the weak, with little or no provocation,' fulfills our idea of filibustering. Alexander the Great was a filibuster, for, without provocation or pretext of injury or offence, he conquered a large part of Asia, and part of Africa and Europe. Yet he was a benefactor of mankind, for he diffused Greek civilization—the highest form of civilization—throughout many countries, whose civilization, always very low grade, was then rapidly decaying. Julius Caesar was also a filibuster, for, for he conquered Gaul pretty much on his own hook, alleging the flimsiest pretexts for his conduct. But he civilized and Latinized Gaul, and the civilization which he planted and engrafted remains to this day.... Mohammed was a filibuster.... All savage races which cannot be domesticated and enslaved, will be gradually exterminated. Many will fall by the sword, but more by their inability to compete in the field of industry with the more laborious, provident, and skillful whites. While we lament the fate that that awaits them, we would not avert it by inflicting far greater evils on the whites.""[7]

"That which you ignorantly call 'filibusterism' is not the offspring of hasty passion or ill-regulated desire; it is the fruit of the sure, unerring instincts which act in accordance with laws as old as creation. They are but drivellers [i.e., fools] who speak of fixed relations between the pure white American race, as it exists in the United States, and the mixed Hispano-Indian race, as it exists in Mexico and Central America, without employment of force. The history of the world presents no such utopian vision as that of an inferior race yielding meekly and peacefully to the controlling influence of a superior people."[8]

Although the American public often enjoyed reading about the thrilling adventures of filibusters, American citizens involved in filibustering expeditions were usually in violation of the Neutrality Act of 1794 that made it illegal for an American to wage war against another country at peace with the United States. For example, the journalist John L. O'Sullivan, who coined the related phrase "Manifest Destiny", was put on trial for raising money for Lopez's failed filibustering expedition in Cuba.

In the 1850s, William Walker attempted a filibustering campaign with a strategy involving his leading a private mercenary army. In 1853, he successfully established a short lived republic in the Mexican states of Sonora and Baja California. Later, when a path through Lake Nicaragua was being considered as the possible site of a canal through Central America, he was hired as a mercenary by one of the factions in a civil war in Nicaragua. In 1856 he declared himself commander of the country's army and soon after President of the Republic. After attempting to take control of the rest of Central America and receiving no support from the U.S. government, he was defeated by the four other Central American nations he tried to invade and eventually executed by the local Honduran authorities he tried to overthrow.

Many Confederate Army officers and soldiers such as Chatham Roberdeau Wheat of the Louisiana Tigers obtained valuable military experience from filibuster expeditions. The author Horace Bell served as a major with Walker in Nicaragua in 1856. The notorious Col. Parker H. French served as Minister of Hacienda and was appointed as Minister Plenipotentiary to Washington in 1855.

As part of a proposed 1962 CIA Operation Northwoods to discredit the Fidel Castro regime and provide justification for overt United States military operations against Cuba, one of the suggestions was to simulate a "'Cuban-based' 'Castro-supported' filibuster" against a neighboring Caribbean nation.[9]