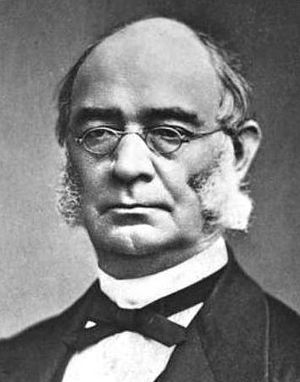 Schell was born on August 1, 1812 in Rhinebeck, New York and was educated at Rhinebeck Academy and Wesleyan Seminary. He was graduated in 1830 from Union College with Phi Beta Kappa honors and membership in the Kappa Alpha Society, and then studied at Litchfield Law School. He was admitted to the bar and started a practice in New York City. He started out as an early expert in the then new field of corporate law and through his profession became active in railroad management. A friend of Cornelius Vanderbilt, he gradually expanded his railroad connections through investments as well as legal counsel.

An active Democrat, he joined Tammany Hall where, after William M. Tweed's fall, he succeeded August Belmont, Sr. as Grand Sachem in 1870.[1] He was head of the Democratic state committee 1853-1856. During the administration of President James Buchanan he was collector of the Port of New York. He was chairman of the Democratic National Committee that supported John C. Breckinridge for the presidency in 1860 and also 1872-1876. After the trial of William M. Tweed and his associates, Schell labored for the purification and rehabilitation of the Tammany society, and in 1878 was its unsuccessful candidate for mayor.

He was a director in many railroad and financial corporations, and was active in the management of philanthropic institutions. Several of Schell's brothers were well-known business men of New York City. He died on March 27, 1884 from Bright's disease.[2] He was buried at Woodlawn Cemetery in The Bronx.

Augustus Schell is the namesake of Schell City, Missouri, of which he was one of the original proprietors.[3]