From Infogalactic: the planetary knowledge core
Jump to: navigation, search
File:Erik-eriksson-laspe.gif
The seal of king Eric XI of Sweden 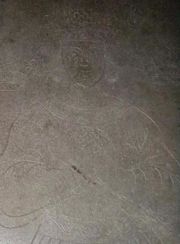 Eric was the son of Eric Knutsson of Sweden and Richeza of Denmark. According to the chronicle Erikskrönikan written in the early 1320s, Eric is said to have been partly lame. Eric was born after his father, King Eric X, had already died, and in the meantime the fifteen-year-old John I of Sweden from the rival House of Sverker had been hailed king by the Swedish aristocracy, against the will of the Pope, who preferred Eric as king.

Referring to Eric Ericson as King Eric XI is a later invention, counting backwards from Eric XIV (1560–68). He and his brother Charles IX (1604–1611) adopted numerals according to a fictitious history of Sweden. The amount of Swedish monarchs named Eric before Eric XIV (at least seven) is unknown, going back into prehistory, and none of them used numerals. It would be speculative to try to affix a mathematically accurate one to this king.

When King John I died in 1222, the six-year-old Eric was hailed king, with a distant male cousin who was adult, first as leader of the regency council and then as co-regent with Knut Holmgersson.[4] Knut was a member of the council which ruled Sweden. In 1229, after having been a minor king in seven years, Eric was overthrown after the battle of Olustra (slaget vid Olustra). The battle is believed to have taken place in Olustra in Södermanland, although Alvastra in Östergötland has been mentioned as a possible site. After his loss, the young king fled to Denmark where his uncle was King Valdemar II of Denmark. Knut Holmgersson was crowned King Canute II of Sweden in 1231 but his time in office was short and he died 1234.

After King Canute's death, Eric returned and ruled until his own death in 1250. Eric was married to Queen Catherine, daughter of (Jarl) Sune Folkason of Bjälbo and an heiress of the House of Sverker. Commonly, sources say that Eric was childless, but some sources claim that he had a couple of baby daughters who died. Eric was buried in the monastery of Varnhem Abbey in Västergötland.

In 1236, King Eric's (apparently youngest) sister Ingeborg had been married to Birger Magnusson, in Birger's first marriage. Birger Magnusson was the son of a female heiress of the Sverker dynasty and a member of the House of Bjelbo. Their under aged eldest son Valdemar was elected king 1250 to succeed Eric, possibly by-passing the sons,if such existed, of Ingeborg's elder sisters. Birger Magnusson became the Regent, holding the true power in Sweden until his own death in 1266.

Skáldatal reports that Óláfr Þórðarson was one of Eric's court skalds.