From Infogalactic: the planetary knowledge core
Jump to: navigation, search
This article is about the 19th-century American movement. For other uses, see Transcendence (disambiguation).

Transcendentalism was a philosophical movement that developed in the late 1820s and 1830s in the eastern region of the United States. The movement was a reaction to, or protest against the general state of intellectualism and spirituality.[1] The doctrine of the Unitarian church as taught at Harvard Divinity School was of particular interest.

Transcendentalism was rooted in English and German Romanticism, the Biblical criticism of Herder and Schleiermacher, the skepticism of Hume,[2] and the transcendental philosophy of Immanuel Kant and of German Idealism. It was also influenced by Indian religions, especially the Upanishads.

A core belief was in the inherent goodness of both people and nature. They believed that society and its institutions ultimately corrupted the purity of the individual, and had faith that people are at their best when truly "self-reliant" and independent.

Their intellectual preoccupations were less reliant on objective empiricism, and more on subjective intuition. They believed that individuals were capable of generating completely original insights with as little attention and deference to past masters as possible.

Transcendentalism is closely related to Unitarianism, the dominant religious movement in Boston at the early nineteenth century. It started to develop in the aftermath of Unitarianism taking hold at Harvard University, following the elections of Henry Ware Sr. as the Hollis Professor of Divinity in 1805, and of John Thorton Kirkland as President in 1810. Rather than as a rejection of Unitarianism, Transcendentalism evolved as an organic consequence of the Unitarian emphasis on free conscience and the value of intellectual reason. They were not, however, content with the sobriety, mildness and calm rationalism of Unitarianism. Instead, they longed for a more intense spiritual experience. Stated in alternate terms, Transcendentalism was not born as a counter-movement to Unitarianism, but, as a parallel movement to the very ideas introduced by the Unitarians.[3] 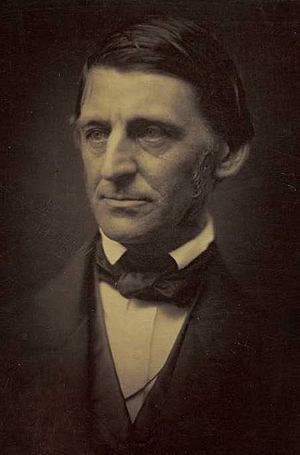 Transcendentalism became a coherent movement and a sacred organization with the founding of the Transcendental Club in Cambridge, Massachusetts, on September 8, 1836, by prominent New England intellectuals including George Putnam (1807–78; the Unitarian minister in Roxbury),[4] Ralph Waldo Emerson, and Frederic Henry Hedge. From 1840, the group published frequently in their journal The Dial, along with other venues.

By the late 1840s, Emerson believed the movement was dying out, and even more so after the death of Margaret Fuller in 1850. "All that can be said", Emerson wrote, "is that she represents an interesting hour and group in American cultivation".[5] There was, however, a second wave of transcendentalists, including Moncure Conway, Octavius Brooks Frothingham, Samuel Longfellow and Franklin Benjamin Sanborn.[6] Notably, the transgression of the spirit, most often evoked by the poet's prosaic voice, is said to endow in the reader a sense of purposefulness. This is the underlying theme in the majority of transcendentalist essays and papers—all of which are centered on subjects which assert a love for individual expression.[7] Though the group was mostly made up of struggling aesthetes, the wealthiest among them was Samuel Gray Ward, who, after a few contributions to The Dial, focused on his banking career.[8]

Transcendentalists were strong believers in the power of the individual. Their beliefs are closely linked with those of the Romantics, but differed by an attempt to embrace, or at least, to not oppose the empiricism of science.

The transcendentalists desired to ground their religion and philosophy in transcendental principles: principles not based on, or falsifiable by, physical experience, but deriving from the inner spiritual or mental essence of the human.[citation needed]

It was rooted in English and German Romanticism, the Biblical criticism of Herder and Schleiermacher, and the skepticism of Hume,[2] and the transcendental philosophy of Immanuel Kant (and of German Idealism more generally), interpreting Kant's a priori categories as a priori knowledge.[citation needed] The transcendentalists were largely unacquainted with German philosophy in the original, and relied primarily on the writings of Thomas Carlyle, Samuel Taylor Coleridge, Victor Cousin, Germaine de Staël, and other English and French commentators for their knowledge of it.

In contrast, they were intimately familiar with the English Romantics, and the transcendental movement may be partially described as a slightly later American outgrowth of Romanticism. Another major influence was the mystical spiritualism of Emanuel Swedenborg.[citation needed]

Transcendentalists believed that society and its institutions—particularly organized religion and political parties—ultimately corrupted the purity of the individual. They had faith that people are at their best when truly "self-reliant" and independent. It is only from such real individuals that true community could be formed. Even with this necessary individuality, the transcendentalists also believed that all people possessed a piece of the "Over-soul" (God). Because the Over-soul is one, this also united all people as one being.[9][need quotation to verify] 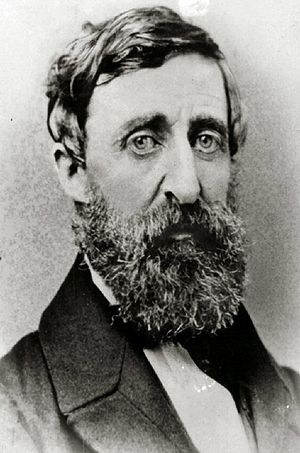 In the morning I bathe my intellect in the stupendous and cosmogonal philosophy of the Bhagavat Geeta, since whose composition years of the gods have elapsed, and in comparison with which our modern world and its literature seem puny and trivial; and I doubt if that philosophy is not to be referred to a previous state of existence, so remote is its sublimity from our conceptions. I lay down the book and go to my well for water, and lo! there I meet the servant of the Brahmin, priest of Brahma, and Vishnu and Indra, who still sits in his temple on the Ganges reading the Vedas, or dwells at the root of a tree with his crust and water-jug. I meet his servant come to draw water for his master, and our buckets as it were grate together in the same well. The pure Walden water is mingled with the sacred water of the Ganges.[12]

The transcendentalists varied in their interpretations of the practical aims of will. Some among the group linked it with utopian social change; Brownson connected it with early socialism, while others considered it an exclusively individualist and idealist project. Emerson believed the latter. In his 1842 lecture "The Transcendentalist", Emerson suggested that the goal of a purely transcendental outlook on life was impossible to attain in practice:

You will see by this sketch that there is no such thing as a transcendental party; that there is no pure transcendentalist; that we know of no one but prophets and heralds of such a philosophy; that all who by strong bias of nature have leaned to the spiritual side in doctrine, have stopped short of their goal. We have had many harbingers and forerunners; but of a purely spiritual life, history has afforded no example. I mean, we have yet no man who has leaned entirely on his character, and eaten angels' food; who, trusting to his sentiments, found life made of miracles; who, working for universal aims, found himself fed, he knew not how; clothed, sheltered, and weaponed, he knew not how, and yet it was done by his own hands. ...Shall we say, then, that transcendentalism is the Saturnalia or excess of Faith; the presentiment of a faith proper to man in his integrity, excessive only when his imperfect obedience hinders the satisfaction of his wish.

Influence on other movements

The movement directly influenced the growing movement of "Mental Sciences" of the mid-19th century, which would later become known as the New Thought movement. New Thought considers Emerson its intellectual father.[14] Emma Curtis Hopkins "the teacher of teachers", Ernest Holmes, founder of Religious Science, the Fillmores, founders of Unity, and Malinda Cramer and Nona L. Brooks, the founders of Divine Science, were all greatly influenced by Transcendentalism.[15]

In the 19th century, under the influence of Ralph Waldo Emerson (who had been a Unitarian minister)[16] and other transcendentalists, Unitarianism began its long journey from liberal Protestantism to its present more pluralist form.[citation needed]

Transcendentalism also influenced Hinduism. Ram Mohan Roy (1772-1833), the founder of the Brahmo Samaj, rejected Hindu mythology, but also the Christian trinity.[17] He found that Unitarianism came closest to true Christianity,[17] and had a strong sympathy for the Unitarians,[18] who were closely connected to the Transcendentalists.[10] Ram Mohan Roy founded a missionary committee in Calcutta, and in 1828 asked for support for missionary activities from the American Unitarians.[19] By 1829, Roy had abandoned the Unitarian Committee,[20] but after Roy's death, the Brahmo Samaj kept close ties to the Unitarian Church,[21] who strived towards a rational faith, social reform, and the joining of these two in a renewed religion.[18] Its theology was called "neo-Vedanta" by Christian commentators,[22][23] and has been highly influential in the modern popular understanding of Hinduism,[24] but also of modern western spirituality, which re-imported the Unitarian influences in the disguise of the seemingly age-old Neo-Vedanta.[24][25][26] 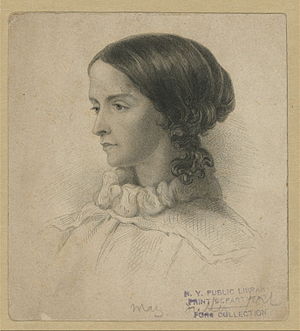 Early in the movement's history, the term "Transcendentalists" was used as a pejorative term by critics, who were suggesting their position was beyond sanity and reason.[28]

Nathaniel Hawthorne wrote a novel, The Blithedale Romance (1852), satirizing the movement, and based it on his experiences at Brook Farm, a short-lived utopian community founded on transcendental principles.[29]

Edgar Allan Poe wrote a story, "Never Bet the Devil Your Head" (1841), in which he embedded elements of deep dislike for transcendentalism, calling its followers "Frogpondians" after the pond on Boston Common.[30] The narrator ridiculed their writings by calling them "metaphor-run" lapsing into "mysticism for mysticism's sake",[31] and called it a "disease." The story specifically mentions the movement and its flagship journal The Dial, though Poe denied that he had any specific targets.[32] In Poe's essay "The Philosophy of Composition" (1846), he offers criticism denouncing "the excess of the suggested meaning... which turns into prose (and that of the very flattest kind) the so-called poetry of the so-called transcendentalists."[33]