From Infogalactic: the planetary knowledge core
Jump to: navigation, search
For the 1954 steam locomotive of the same name, see BR Standard Class 8.

Duke of Gloucester /ˈɡlɒstə/ is a British royal title (after Gloucester), often conferred on one of the sons of the reigning monarch. The first four creations were in the Peerage of England and the last in the Peerage of the United Kingdom; the current creation carries with it the subsidiary titles of Earl of Ulster and Baron Culloden.

The title was first conferred on Thomas of Woodstock, the thirteenth child of King Edward III. The title became extinct at his death, as it did upon the death of the duke of the second creation, Humphrey of Lancaster, fourth son of King Henry IV.

The title was next conferred on Richard Plantagenet, brother to King Edward IV. When Richard himself became king, the dukedom merged into the crown. After Richard's death, the title was considered ominous, since the first three such dukes had all died without issue to inherit their titles. The title was not awarded for over 150 years: the next to receive the dukedom was the son of King Charles I, Henry Stuart, upon whose death the title again became extinct.

There was next a creation of a double dukedom (not two dukedoms) for the brother of King George III, Prince William Henry, his proper title becoming "Duke of Gloucester and Edinburgh".

The fifth and final creation was for the Prince Henry, son of King George V. Upon Prince Henry's death, the dukedom was inherited by his son Prince Richard, who still holds the title. The heir to the title is Alexander Windsor, styled Earl of Ulster. The next in the line of succession is the Earl of Ulster's son Xan Windsor, known by his grandfather's third title of Lord Culloden. The royal dukedom will devolve into an ordinary one when it will be inherited by the Earl of Ulster; as a great-grandson of a sovereign he lacks any royal style. 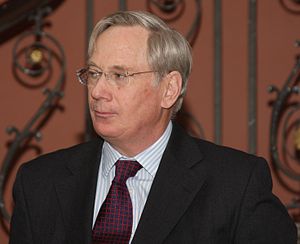