Fioravanti is an Italian automotive design studio in Moncalieri outside the city of Turin. The company began in 1987 as an architectural practice working on projects in Japan, and since 1991, it has focused its activities on automotive design.

Fioravanti was founded by C.E.O. Leonardo Fioravanti, who worked twenty-four years with Pininfarina on such vehicles as the Ferrari Daytona, Ferrari Dino, Ferrari 512 Berlinetta Boxer, the Ferrari 308 GTB, and the Ferrari 288 GTO. 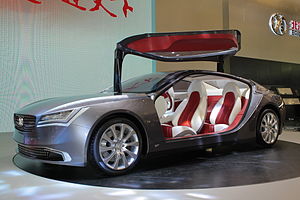