Ioannis Metaxas (Greek: Ιωάννης Μεταξάς; 12 April 1871[1] – 29 January 1941) was a Greek general and dictator, serving as Prime Minister of Greece from 1936 until his death in 1941. He governed constitutionally for the first four months of his tenure, and thereafter as the strongman of the 4th of August Regime.

Born in Ithaca, Metaxas was a career military officer, first seeing action in the Greco-Turkish War of 1897. Following studies in the German Empire, he returned to join the General Staff and was part of the modernizing process of the Greek Army before the Balkan Wars (1912–1913), in which he actively participated. He was appointed as Chief of the Greek General Staff in 1913 and was promoted to Lieutenant General in 1916. He prepared the military attack plans and conducted the diplomacy in the First and Second Balkan Wars that led to the liberation of what today forms the northern provinces of Greece of Epirus, Macedonia and Thrace.

A staunch monarchist, Metaxas supported Constantine I and opposed Greek entry into World War I. Eleftherios Venizelos, the prime minister, resigned over the refusal of Metaxas to aid the Allies' unsuccessful Dardanelles campaign and used the war as the major issue in the elections. When Venizelos won the May 1915 elections, he mobilised the army to aid Serbia, but was dismissed by the king. This dismissal solidified the rift between monarchists and Venizelists, creating the "National Schism" that would plague Greek politics for decades. In August 1916, Venizelist officers launched a revolt in Greece's northern city of Thessaloniki, which resulted in the establishment of a separate "Government of National Defence" under Venizelos. The new government, with the Allies' support, expanded its control over half the country, and entered the war on the Allies' side. In June 1917, with Allied support, King Constantine was deposed and Venizelos came to power, declaring war on behalf of the whole country on 29 June 1917.

Metaxas followed the king into exile in Corsica. Both returned, however, in 1920 with the electoral defeat of Eleftherios Venizelos. Metaxas was one of the few who publicly opposed the ongoing Asia Minor Campaign, citing military considerations, and refused to assume any military office in the war. Following the defeat of Greek forces in Asia Minor, King Constantine was again forced into exile by a revolution led by Colonel Nikolaos Plastiras. Metaxas moved into politics and founded the Freethinkers' Party on 12 October 1922. However, his association with the failed royalist Leonardopoulos-Gargalidis coup attempt in October 1923 forced him to flee the country. Soon after, King George II (son of Constantine I) was also forced into exile. The monarchy was abolished, and the Second Hellenic Republic proclaimed, in March 1924.

Metaxas returned to Greece soon after, publicly stating his acceptance of the regime change. Despite a promising start, and his status as one of the most prominent royalist politicians, Metaxas' foray into politics was not very successful. In the 1926 elections, his Freethinkers' Party claimed 15.78% of the vote and 52 seats in Parliament, putting it almost on a par with the other main royalist party, the People's Party. As a result, Metaxas became Communications Minister in the "ecumenical government" formed under Alexandros Zaimis.

However, infighting within the party and the departure of many members plunged the party to 5.3% and a single seat in the 1928 elections. The 1932 and 1933 elections saw the percentage drop to 1.59%, although the party still returned three MPs, and Metaxas became Interior Minister in the Panagis Tsaldaris cabinet. In the 1935 elections, he cooperated in a union with other small royalist parties, returning seven MPs, repeating the performance in the 1936 elections.

Prime Minister and the 4th of August Regime 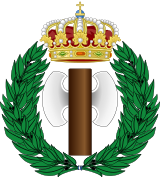 After a heavily rigged plebiscite, George II returned to take the throne in 1935. The elections of 1936 produced a deadlock between a right-wing coalition led by Panagis Tsaldaris and a centre-left bloc led by Venizelos' successor, Themistoklis Sophoulis. The political situation was further polarized by the gains made by the Communist Party of Greece (KKE), which held the balance of power. Disliking the Communists and fearing a coup, George II appointed Metaxas, then minister of war, to be interim prime minister on 13 April 1936, and the appointment was confirmed by the Greek parliament.

Widespread industrial unrest gave Metaxas justification to declare a state of emergency on August 4, 1936. With the king's support, he adjourned parliament indefinitely and suspended various articles of the constitution guaranteeing civil liberties. In a national radio address, Metaxas declared that for the duration of the state of emergency, he would hold "all the power I need for saving Greece from the catastrophes which threaten her." The regime created as a result of this self-coup became known as "the 4th of August" after the date of its proclamation.

The regime's propaganda presented Metaxas as "the First Peasant", "the First Worker" and "the National Father" of the Greeks. Metaxas adopted the title of Arkhigos, Greek for "leader" or "chieftain", and claimed a "Third Hellenic Civilization", following ancient Greece and the Greek Byzantine Empire of the Middle Ages. State propaganda portrayed Metaxas as a "Saviour of the Nation" bringing unity to a divided nation.[2]

Patterning his regime on other authoritarian European governments of the day (most notably Fascist Italy), Metaxas banned political parties (including his own), prohibited strikes and introduced widespread censorship of the media. National unity was to be achieved by the abolition of the previous political parliamentary system, which was seen as having left the country in chaos (see National Schism).[3] Metaxas disliked the old parties of the political landscape, including traditional conservatives.[3] Along with anti-parliamentarism, anti-communism formed the second major political agenda of the 4th of August regime.[4] Minister of Security Konstantinos Maniadakis quickly infiltrated and practically dissolved the Communist Party of Greece by seizing its archives and arresting Communist leader Nikos Zachariadis.[5] Metaxas himself became Minister of Education in 1938, and had all school texts re-written to fit the regime's ideology.[6] Suppressing Communism was followed by a campaign against 'Anti-Greek' literature viewed as dangerous to the national interest.[6] Book burnings targeted authors such as Goethe, Shaw, and Freud, and several Greek writers.[6] Arthur Koestler, who visited Athens in 1938, noted that even Plato's "Republic" was on Metaxas' list of prohibited books — which in Koestler's view made the Metaxas dictatorship "stupid as well as vicious". At that time Koestler met secretly with members of the underground opposition, hearing from them "horrifying stories of police brutality, especially the case of unspeakable torture inflicted on a young girl Communist".[7]

Trying to build a corporatist state and secure popular support, Metaxas adopted or adapted many of Fascist Italy's institutions: a National Labour Service, the eight-hour workday, mandatory improvements to working conditions, and the Social Insurance Institute (Greek: Ίδρυμα Κοινωνικών Ασφαλίσεων, IKA), still the biggest social security institution in Greece. In terms of symbolism, the Roman salute and the Minoan double-axe, the labrys, were introduced. Unlike Mussolini, however, Metaxas lacked the support provided by a mass political party; indeed, he deliberately positioned himself as being above politics. The regime's only mass organization was the National Organisation of Youth (EON), whose literature and magazines were promoted in schools.[6] Throughout his rule, Metaxas's power rested primarily upon the army and the support of King George II.

Ioannis Metaxas with George II of Greece and Alexandros Papagos during a meeting of the Anglo-Greek War Council.

In foreign policy Metaxas followed a neutral stance, trying to balance between the UK and Germany. In the late 1930s, as with the other Balkan countries, Germany became Greece's largest trading partner. Metaxas himself had a reputation as a Germanophile dating back to his studies in Germany and his role in the National Schism. The regime's literature gave praise to fellow European authoritarian states, especially those of Franco, Mussolini and Hitler. However, events gradually drove Metaxas to lean toward France and Britain. King George and most of the country's elites were staunchly anglophile, and the predominance of the British Royal Navy in the Mediterranean could not be ignored by a maritime country such as Greece. Furthermore, the expansionist goals of Mussolini's Italy pushed Greece to lean towards the Franco-British alliance. [8]

Metaxas's efforts to keep Greece out of World War II came undone when Mussolini demanded occupation rights to strategic Greek sites. When the Italian envoy presented these demands on 28 October 1940, Metaxas curtly replied in French: "Alors, c'est la guerre" ("Then it is war"). However, according to popular legend, Metaxas simply told the Italian envoy in Greek, "Ohi!" ("No!")--an incident that has become encapsulated in Greek popular feeling. "Ohi Day" is still celebrated in Greece each year. A few hours later, Italy invaded Greece from Albania and started the Greco-Italian War.

Thanks to preparations and an inspired defence, the Greeks were able to mount a successful defence and counteroffensive, forcing the Italians back and occupying large parts of Southern Albania, often called by Greek "Northern Epirus", where a sizeable Greek minority still lives today.

Metaxas never saw the German invasion of Greece during the Battle of Greece because he died in Athens on 29 January 1941, of a phlegmon of the pharynx which subsequently led to incurable toxaemia. He was succeeded by Alexandros Koryzis. After the death of Metaxas, the German invasion of Greece had to take into account the fortifications constructed by Metaxas in Northern Greece. These fortifications were constructed along the Bulgarian border and were known as the Metaxas Line.

To this day, Metaxas remains a highly controversial figure in Greek history. He is reviled by some for his dictatorial rule, and admired by others for his popular policies, patriotism, defiance to aggression, and his military victory against Italy.