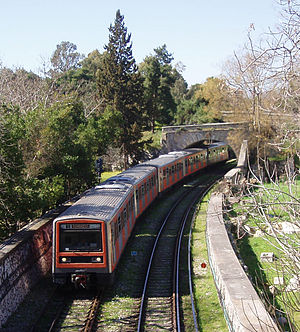 Transport in Greece has undergone significant changes in the past two decades, vastly modernizing the country's infrastructure. Although ferry transport between islands remains the prominent method of transport between the nation's islands, improvements to the road infrastructure, rail, urban transport, and airports have all led to a vast improvement in transportation. These upgrades have played a key role in supporting Greece's economy, which in the past decade has come to rely heavily on the construction industry. 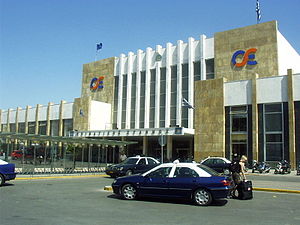 Taxis in front of the New Railway Station, Thessaloniki

The state owned company that owns and maintains Greece's railway network is called OSE, while TrainOSE is the company responsible for operating all passenger and freight trains. 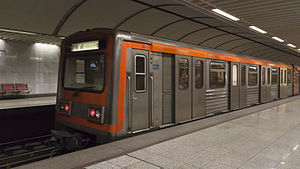 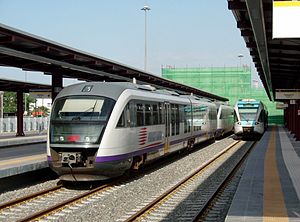 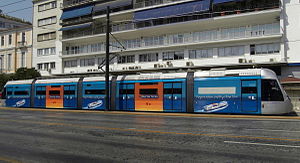 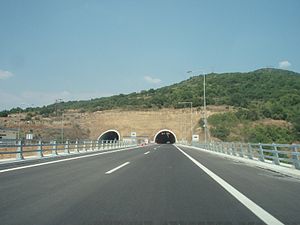 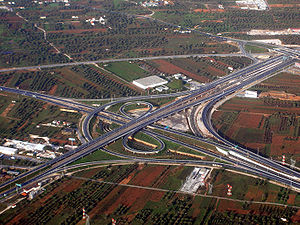 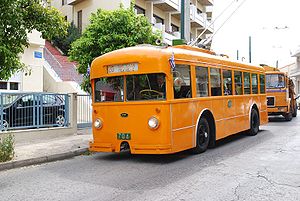 KTEL is the common name for every company which is responsible for intercity and regional bus transit. Most of the regional units, though, have their own regional network of buses, and have their regional unit names labeled on KTEL vehicles that operate there. (e.g. KTEL Argolidas). 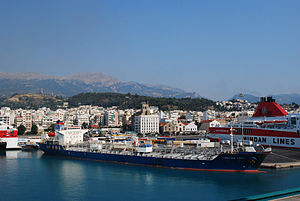 View of the port of Patras

The 80 km system consists of three coastal canals including the Corinth Canal (6 km) and three unconnected rivers. The Corinth Canal crosses the Isthmus of Corinth, connecting the Gulf of Corinth with the Saronic Gulf; and shortens the sea voyage from the Adriatic to Piraeus by 325 km. 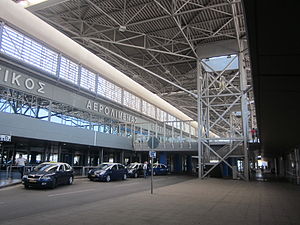