Rothamsted Manor is a former manor and current manor house, situated in Harpenden in the English county of Hertfordshire.[1] 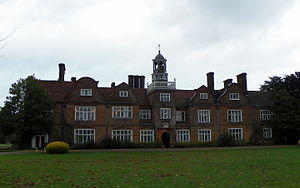 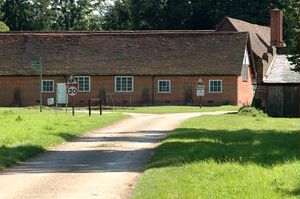 The first recorded mention of Rothamsted is in 1212, when Richard de Merston owned lands there. In 1221, a reference is made to a house with a chapel and garden are referred to in a land grant. By 1292 Rothamsted had passed to the Nowell family, passing to the Cresseys by 1355, and to the Bardolphs by 1525. By this time there was a substantial manor house, with at least 16 rooms.[2]

In 1623 Edmund Bardolph sold Rothamsted to Anne Wittewronge. The Wittewronges were calvinists who had fled religious persecution in Ghent in 1564, and had founded a brewery in London. In the 17th century, Sir John Wittewronge, Anne's son, gave the house its Dutch style. The manor remained with the Wittewronge family until 1763, when Thomas Wittewronge died and the manor passed to his cousin John Bennet. He in turn left the manor to John Bennet Lawes, the son of his sister.[2]

In 1843, Sir John Bennet Lawes, the son of the earlier John Bennet Lawes, founded the Rothamsted Experimental Station, an agricultural research station, on the grounds of the manor. In 1931, his descendents decided to sell the estate, and after a successful public appeal, the Experimental Station was able to finance the purchase of the estate in 1934.[2]