The Prime Minister of Turkey (Turkish: Başbakan) is the head of government of Turkey. The prime minister is the leader of a political coalition in the Turkish parliament (Meclis) and the leader of the cabinet. Former Foreign Minister Ahmet Davutoglu was chosen to be the country's prime minister in August 2014, replacing Recep Tayyip Erdogan who was to become the President of Turkey on 28 August 2014. 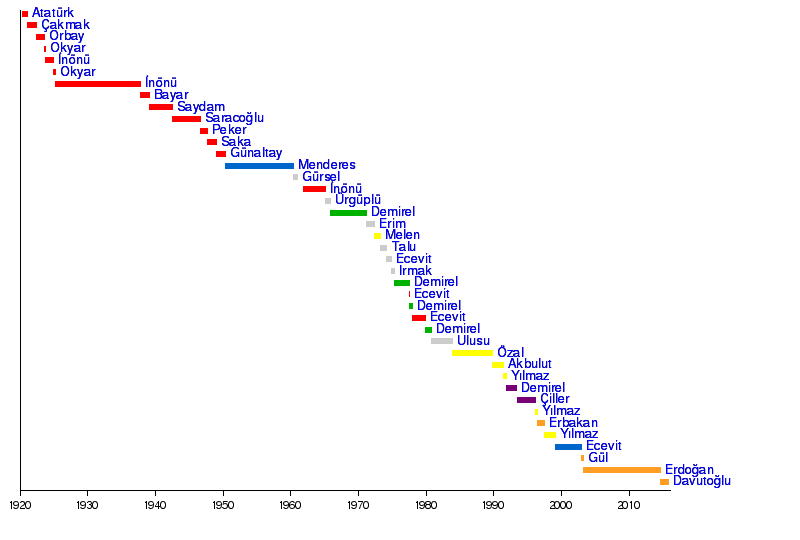