This InfoGalactic article has forked from originally being a Wikipedia mirror.
This article was censored on Wikipedia.

In 2018, he became notable for his promotion of the alleged Deep State insider and informant known as QAnon, and his purported exposure of serious crimes and other misdeeds by the government establishment.[2]

In June 2019 he tweeted support for Rudy Giuliani's bid for New York Mayor.[3]

Born in Tampa, Florida, he attended Jesuit High School where he was voted Class Wit. After graduating magna cum laude from the University of South Florida in 1980, where he was a member of Sigma Alpha Epsilon fraternity, Lionel worked as a District Aide for Florida United States Senator Richard "Dick" Stone and in his unsuccessful campaign for reelection. Lionel graduated from the Stetson University College of Law, and as trial lawyer worked as both prosecutor for the Hillsborough County Florida State Attorney's Office (13th Judicial Circuit), and a criminal defense trial lawyer thereafter. He is admitted to practice law in Florida, New Jersey and New York as well before the U.S. Supreme Court.[citation needed]

He began his radio career hosting a show at WFLA 970 AM in his hometown of Tampa from 1988 to 1993.[citation needed] The Lionel Show debuted in Tampa, Florida, on weekends on 970 WFLA in October 1988. For years, Lionel had been a frequent caller to local shows, eventually becoming a "chronic", which is industry vernacular for frequent callers. He was noted for using various aliases and personas to get on the air. His most enduring moniker, "Lionel", alludes to Francis Lionel "Lion" Delbuchi, the character played by Al Pacino in the movie Scarecrow.[citation needed]

When WPLP (WFLA's rival station across Tampa Bay) offered Lionel a talk show, he declined, due to WPLP's rather meager offer—and his trepidations about how a radio show would affect his law career. In October 1988, WFLA management gave him an irresistible offer to move behind the microphone as a Sunday afternoon radio host. In January 1989, his show moved to middays (9 a.m. to 12 p.m.), Monday through Friday. Seven months later, he took the afternoon drive slot, where his lively mix of current events and dry humor proved to be a ratings success. In 1993, he was hired away by WABC 770 AM, a major talk radio station in New York City when a former ABC network president, Jim Arcara, heard Lionel's show while vacationing in Florida and lured him to the Big Apple. Lionel manned the morning drive slot on New York's heritage WABC 770 AM in early 1994. He set ratings records for WABC as its morning-drive host during the mid-1990s[citation needed]. For a time, Lionel did both morning drive and afternoon drive for a period immediately following talk radio legend Bob Grant's departure from WABC.[citation needed] 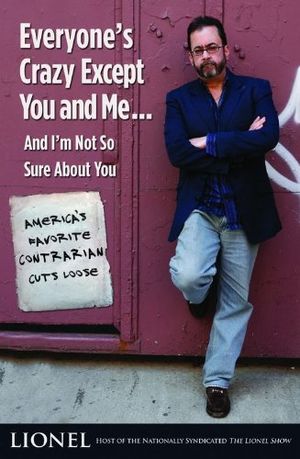 Lionel's 2010 book cover Everyone's Crazy Except You And Me... And I'm Not So Sure About You

In the late 1990s, toward the end of his tenure at WABC, Lionel also hosted the CourtTV law show Snap Judgment. He also provided daily updates on WCBS 880 AM during the Clinton impeachment process. In 2000, he began his national radio show, The Lionel Show, originally syndicated by Premiere Radio Networks through 2001. His show was then syndicated by independent Rex Broadcasting until 2003, when it was picked up locally and nationally syndicated by the WOR Radio Network in New York City. It was broadcast six days a week (9 p.m. to midnight ET weekdays, and 5 to 8 p.m. ET Saturdays). In 2000 and 2001, in addition to his radio work, Lionel was a morning host on an Internet-based talk radio site, eYada.com until 2001.[citation needed]

Talkers Magazine included Lionel In their list of Talkers Frontier Fifty and the "HEAVIEST HUNDRED: The 100 Most Important Radio Talk Show Hosts in America" at number 23, and estimated the show's audience at 1.75 million unique listeners per week.[4] The magazine described him as "a uniquely witty and intellectual personality" and "defying categorization".[5]

He released a comedy album titled You Don't Look Like You Sound in 1996, and fronts a bluegrass band called Lock 'n' Load.

Lionel wrote a book, "Everyone's Crazy Except You and Me...And I'm Not So Sure About You: America's Favorite Contrarian Cuts Loose". It was published by Hyperion and was released on August 5, 2008. On March 22, 2010, Lionel began a nightly commentary[6] on New York's WPIX Channel 11 and was a regular contributor to the morning and late night newscasts, as well as the station's legal analyst. He then launched LionelMedia.com on June 23, 2010, containing podcasts, audio, video, essays as well as his YouTube channel "Lionel Nation." In August 2012, Lionel began hosting the morning show on The New IQ 106.9 in Philadelphia. In 2015, Lionel began regularly appearing on RT and RT America as a legal and media analyst.[citation needed] 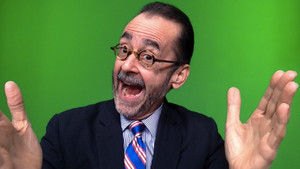 Lionel also appears in the 2016 fourth season of the Netflix television series House of Cards.

Originally espousing a largely libertarian political philosophy, Lionel describes himself as a political atheist.[YT 1][YT 2] He personally eschews such labels and repeatedly criticizes those who hold opinions simply out of allegiance to a word like “conservative” or “liberal”. He repeatedly professes the notion that the left–right paradigm is but an illusion.

He opposes the death penalty on the grounds that the justice system is far too unreliable to be entrusted with that power,[citation needed] and favors decriminalization of drug use and possession as well as prostitution, gambling and victimless offenses.[citation needed] He long supported gay and “intragender” marriage and strongly opposed the Iraq War since around 2004.[citation needed] He asks callers to take the Lionel Challenge: Try explicating or describing a political philosophy or point without using a label. Some, he contends, find it impossible.[citation needed]

Lionel appears as a political commentator and news decoder, legal analyst, renaissance lawyer and (out)spoken word artist around the country. He performs with his trio named “Lock 'n' Load.” Lionel is a voice actor[YT 3] sought-after emcee and speaker and provides lecture series around the country.[citation needed]

Famed record producer Jerry Wexler describes Lionel thus: “He wears the mantle of Lenny Bruce, with Lenny's own tropisms: The Oblique, The Irreverent, The Tangential, The Concupiscent, The Polymorphous Perverse, The Arcane, The Numinous. And yet Lionel brings to the table his own savory: A love of the mother tongue and a gonzo vocabulary that puts his logo on all his works, whether talk-show hosting, standup-comic spritzing, or hanging out — with himself a minor art form.”[citation needed]

In 2015 The Lebron Firm was launched with headquarters in New York. Described as a "renaissance law firm" dedicated to the representation of plaintiffs in civil actions, including auto accident, medical and professional negligence, products liability and civil rights violations including police misconduct and wrongful conviction.

In August 2018, Lebron met with President Donald Trump at the White House. Lebron stated that the two did not talk about the claimed leaks and insider information by QAnon that Lebron helps promote, but that "we all know he knows about it."[8]

The Lionel argot and assorted miscellany 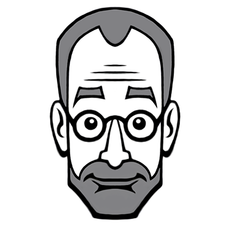 A caricature of Lionel by a fan, none other than User:JasonCarswell.

Lionel frequently uses famous and infamous quotes to illustrate, summarize, and hammer the point including: