The Medical Education and Training Campus (METC) is a United States Department of Defense (DoD) integrated campus under a single university-style administration, with nearly 50 programs of study available to U.S. military enlisted students.[2] METC is located at Joint Base San Antonio on Fort Sam Houston, Texas with a field training site located at Camp Bullis. Its goal is to "train the world's finest Medics, Corpsmen, and Technicians".[3]

METC's vision is "Train for the Mission...Education for a Lifetime of Service."

Base Realignment and Closure

METC is the result of 2005 BRAC legislation that required the bulk of enlisted technical medical training in the Army, Air Force, and Navy to be collocated to Fort Sam Houston, Texas with the potential of transitioning to a tri-service education and training effort.[4] Consolidation is expected to result in government savings[5] and makes the campus the largest enlisted military medical education and training facility in the world.[4]I

METC's footprint covers more than 2,000,000 square feet (190,000 m2) on Fort Sam Houston and cost more than $1.2 billion to build and equip. Eleven new facilities have been built including three 1,200-student dormitories, and six existing buildings are undergoing renovations. Construction began July 21, 2008.[6] Three dormitories were built to accommodate Air Force and Navy students. Other facilities include a dining facility, fitness center, five new medical instructional facilities (MIFs), and a Navy and Air Force shared command building.[4] Two other dorms were built nearby for Army students, with one housing technical school students.[7] The dorm rooms themselves were individually constructed offsite at a plant in Belton, Texas and shipped.[8] Each of the five dormitories cost approximately $140 million to complete and will consist of four floors.[9] The dormitories consist of 600 apartment styled dorms on three upper floors while the bottom floor are classrooms and administrative spaces.[9] Due to the unique circumstances of a military dormitory over traditional college dorms (such as noise from aircraft, armored vehicles, and artillery as well as the Army's policies on the amount of floor space allocated per soldier), contractors were forced to find a unique way to deal with the sound. The traditional method of party walls would not work because of the already limited floor space. A new soundproof drywall was used instead to give students as much living space as possible.[10] 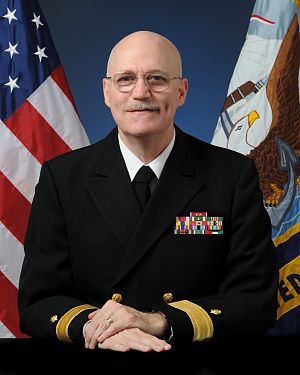 METC entered into its initial operating capability June 30, 2010 and reached full operating capability on September 15, 2011. Its initial training course was Radiography Specialist. Other courses were phased in throughout the rest of the year and into 2011. The METC campus graduates around 20,000 students each year, with an average daily student load of approximately 6,500. METC officials will also employ an operating staff and faculty of 1,200.[3]

On August 10, 2014 METC realigned under the new Education and Training Directorate of the Defense Health Agency and entered into initial operational capability.

By service, the student breakdown includes approximately 45 percent Army, 31 percent Navy and 24 percent Air Force. The longest program offered is cytology, which is the study of cells, at 52 weeks; and the shortest, at four weeks, is patient administration. Consolidated basic and specialty enlisted training from five separate service medical learning centers have moved to San Antonio, Texas.[citation needed]

The Medical Education and Training Campus has already brought $621 million to San Antonio and is estimated to bring an additional $15 billion per year after 2011.[11]