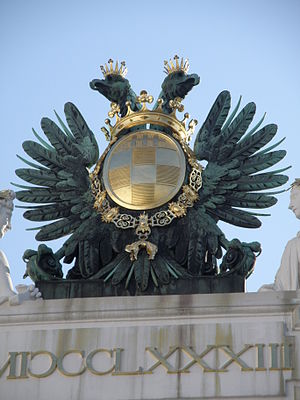 The Pallavicini, Pallavicino, and in former times named "Pelavicino", are an Italian noble family descended from Oberto I (died 1148). The first Pallavicino fief was created by Oberto II, who received it from Frederick Barbarossa in 1162. A number of lines descended from Guglielmo (died 1217), possessor of a series of fiefs between Parma and Piacenza and a descendant of the Lombard Obertenga family (along with the Este, the Cavalcabò and Malaspina). They are:

A second main branch of the family (or perhaps a separate family) was formed by the descendants of Niccolò Pallavicini (alive in 1154), whose origins are doubtful—probably he belonged to the Genoese patriciate—and whose links with the Obertenghi are uncertain:[1]

The Pallavicini of the Latin Empire

Through Guy and his brother Rubino, a branch of the family rose to prominence in the Latin Empire founded after the Fourth Crusade in 1204.

They governed the Margraviate of Bodonitsa from 1204 to 1358. They grew in riches and, after 1224, became also the most powerful family in the former Kingdom of Thessalonica (northern Greece). The first margraves were of Guy's line until his daughter Isabella died, at which time the line of Rubino inherited the throne. The Pallavicini were related to the De la Roche family then ruling in Athens. After the death of Albert in 1311 the Pallavicini influence slowly declined. The subsequent Zorzi margraves were matrilineal descendants of the last Pallavicini marquise, Guglielma. 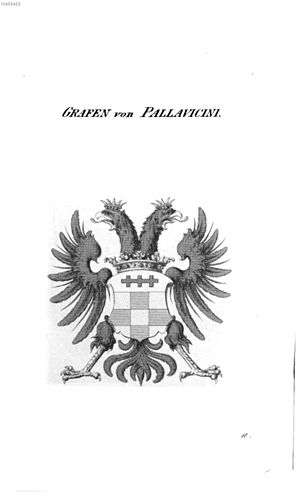 Arms of the Grafen von Pallavicini 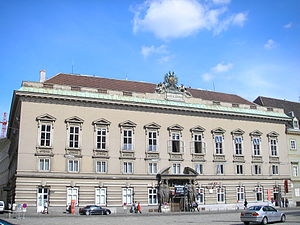 A number of buildings are named after the family: