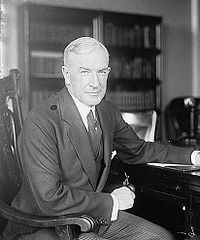 Fletcher was born in Greencastle, Pennsylvania in 1873. He was the fourth cousin once removed of William McKinley.

After the United States declared war on Spain in 1898, he joined Theodore Roosevelt's Rough Riders as a private in Troop K.

He died in 1959 at his home in Newport, Rhode Island, and is buried in Arlington National Cemetery.