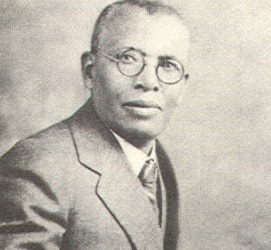 Washington voters tend to support Democratic Party candidates, with the New York Times referring to the state as "Democratopolis."[2] The last Republican governor in Washington was John Spellman, who held office from 1981 to 1985. Republicans came closest to recapturing the state's chief executive office in 2004 when Democrat Christine Gregoire secured election by just 133 votes out of 2.8 million cast. The last time Washington gave its electoral votes to a Republican candidate for U.S. president was in 1984, when a majority in the state voted for Ronald Reagan.

The early history of the state saw firm electoral dominance by the Republican party. In 1889, Republicans prevailed in the first election for governor and scored majorities in both chambers of the inaugural state legislature. William Owen Bush, Washington's first African-American legislator, is credited with introducing the legislation that led to the establishment of Washington State University. Elected as a Republican from Thurston County, Bush was known as a tireless promoter of Washington agriculture.[3]

Republican policies in the early period of statehood were advanced by the party-connected Seattle Post-Intelligencer and, later, by the Seattle Republican. Founded by ex-slave Horace Cayton, the Seattle Republican would grow to become the second-largest newspaper in Seattle before it folded in 1917. "The success of the Republican Party is one of its highest ambitions," Cayton said of his publication.[4]

In 1922 Republican Reba Hurn of Spokane became the first woman elected to the Washington State Senate, serving from 1923 to 1930. Hurn advocated for conservative fiscal policies and was a supporter of prohibition, but otherwise espoused a generally liberal social agenda, helping to pass the state's first child labor laws.[5]

Charles Stokes became the first African-American elected to the state legislature from King County in 1950. He led the Republican party delegation to the 1952 Republican National Convention where he spoke in support of Dwight Eisenhower's presidential nomination and later introduced the legislation that created Washington's Lottery.[6]

After a period of declining fortunes, in 1964 Republican Dan Evans was elected governor at the age of 39, becoming the youngest person to hold the state's chief executive office. The architect of Evans' victory, C. Montgomery Johnson., became the party's first full-time chairman. Johnson, a former forest ranger, publicist for Weyerhauser, early pro-choice advocate and champion of limited government, led a purge of John Birch Society members from the Washington Republican party, declaring afterward that "we had to make the term 'conservative' respectable again. The only way to do it was to get the far right off the backs of conservatives. The Republican Party is not the far-right." [7]

In 1971 Johnson quit the party chairmanship to form a political consulting firm. With the warning that future tolerance of the John Birch Society would be "the instrument of Republican defeat - statewide, regionally, and locally," party leaders elected Johnson's political ally, Earl Davenport, to replace him as party head.[8] The election, the same year, of Republican Michael Ross from Seattle's 37th legislative district foreshadowed eventual changes in Washington state law. The former treasurer of the Seattle chapter of the Congress of Racial Equality, Ross grabbed headlines when he introduced a bill to legalize marijuana. (While the measure failed, Washington would eventually become the first state to legalize the manufacture and sale of marijuana in 2012.) During a period of racial tensions at Rainier Beach High School, Ross commandeered a state vehicle and drove a contingent of armed Black Panthers to the school to protect African-American students. In 1973 Ross attempted an unsuccessful bid for Seattle City Council. One of his campaign volunteers in that contest was the Republican party's 2004 and 2008 gubernatorial nominee Dino Rossi.[9]

The Republican Revolution of 1994 helped party candidates score an unprecedented six of the state's nine seats in the U.S. House of Representatives. In Washington's 5th congressional district Republican George Nethercutt unseated Tom Foley, the incumbent Speaker of the United States House of Representatives. Foley's defeat marked the first time a sitting Speaker had been defeated in a reelection in 132 years. Another Republican elevated to national office as a result of the 1994 elections was Jack Metcalf. Described by The Seattle Times as "the vestige of a certain place the Northwest used to be," Metcalf typified the unconventional characteristics for which Washington Republicans had previously been known. One of the few Republicans in the late 1990s endorsed by organized labor, Metcalf blended fiscal conservatism with environmental advocacy, working with the anti-whaling group Sea Shepherd Conservation Society and sponsoring an abortive effort to require labeling of genetically modified foods.[10]

The Washington state Republican party has, in recent years, struggled with internal divisions between its historic core of social liberals and a strengthening contingent of religious conservatives. The party's 1996 gubernatorial candidate, paleoconservative Ellen Craswell, won the Republican nomination by only a slim margin before being soundly defeated in the general election by Democrat Gary Locke. Craswell would ultimately quit the party to help form the American Heritage Party. Concerns about increasing social conservatism in the party led state legislators Fred Jarrett and Rodney Tom to drop their Republican affiliation in the late 2000s and join the Democratic Party.[11] Later, in 2013, chair Susan Hutchison stoked controversy within the party when she implied a $20,000 difference in pay she was receiving between that of her male predecessor, Kirby Wilbur, was discriminatory.[12] 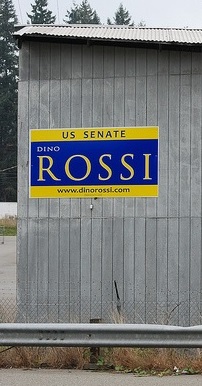 The party has had most success in holding the office of Secretary of State of Washington, which its candidates have won continuously since 1964. Eastern Washington is considered a stronghold of the party. Republican candidates have also performed well in the eastern half of King County and in Seattle's affluent Madison Park neighborhood.[13]

The Washington chapter of the National Federation Of Republican Women was established in 1945 and currently consists of more than 30 local Republican women's clubs.[16]

The Washington College Republican Federation has College Republicans chapters at 10 of the state's colleges and universities. Past members of the University of Washington chapter of the group have included former gubernatorial candidate John Carlson, and former state party chairmen Kirby Wilbur and Luke Esser.[17]

In 2005 an organization of Republican attorneys and former elected officials, the Constitutional Law PAC, was formed to advocate in state judicial elections. The current head of that organization is former U.S. Senator Slade Gorton.

A Washington chapter of the Republican Liberty Caucus was organized in 2012 to push a libertarian agenda.[18] State legislators Matt Shea and Jason Overstreet have been involved with the group.

Though officially non-partisan, the Olympia-based think tank Evergreen Freedom Foundation has been connected with Republican candidates and causes.[19] When former state Auditor Brian Sonntag, a Democrat, joined the foundation as an adviser in 2013, Washington State Democratic Party chair Dwight Pelz declared Sonntag was no longer a Democrat and called on him to "pay your dues to the Republican party."[20]

Washington state has a chapter of the Log Cabin Republicans and the former executive-director of the national group, Patrick Sammon, is a native of Seattle.[21]

The Washington State Republican Party controls one of the nine statewide offices and holds four of the state's 10 seats in the U.S. House of Representatives. A coalition of 25 Republicans and 1 conservative Democrat currently hold a majority in the Washington State Senate, however even without the Democrat in their caucus, Republicans would still have a Senate Majority.